French prosecutors have confirmed 29-year-old illegal Tunisian migrant Ahmed Hanachi, who fatally stabbed two young women at a train station in Marseille, southern France, had avoided deportation after authorities failed to detain him the day before the attack.

Furthermore, the Paris prosecutor’s office has confirmed the Tunisian had been arrested around a dozen times since his illegal entry into the country and operated under seven different identities.

The victims of the attack, who died after being stabbed whilst waiting for a train at Saint Charles station on Sunday, have also been named as cousins 21-year-old Laura Paumier (right) and 20-year-old Mauranne Harel (left) by French media.

Hanachi, whose identity was confirmed by Tunisian authorities as one of their nationals Monday evening, was shot dead by French soldiers on anti-terrorism duties as part of Operation Sentinel after he launched the attack.

Witnesses reported the terrorist to have shouted “Allahu Akbar” (“Allah is greater” in Arabic) whilst slitting one girl’s throat and then stabbing the other with a knife. Islamic State’s news agency Aamaq claimed the attack shortly after. 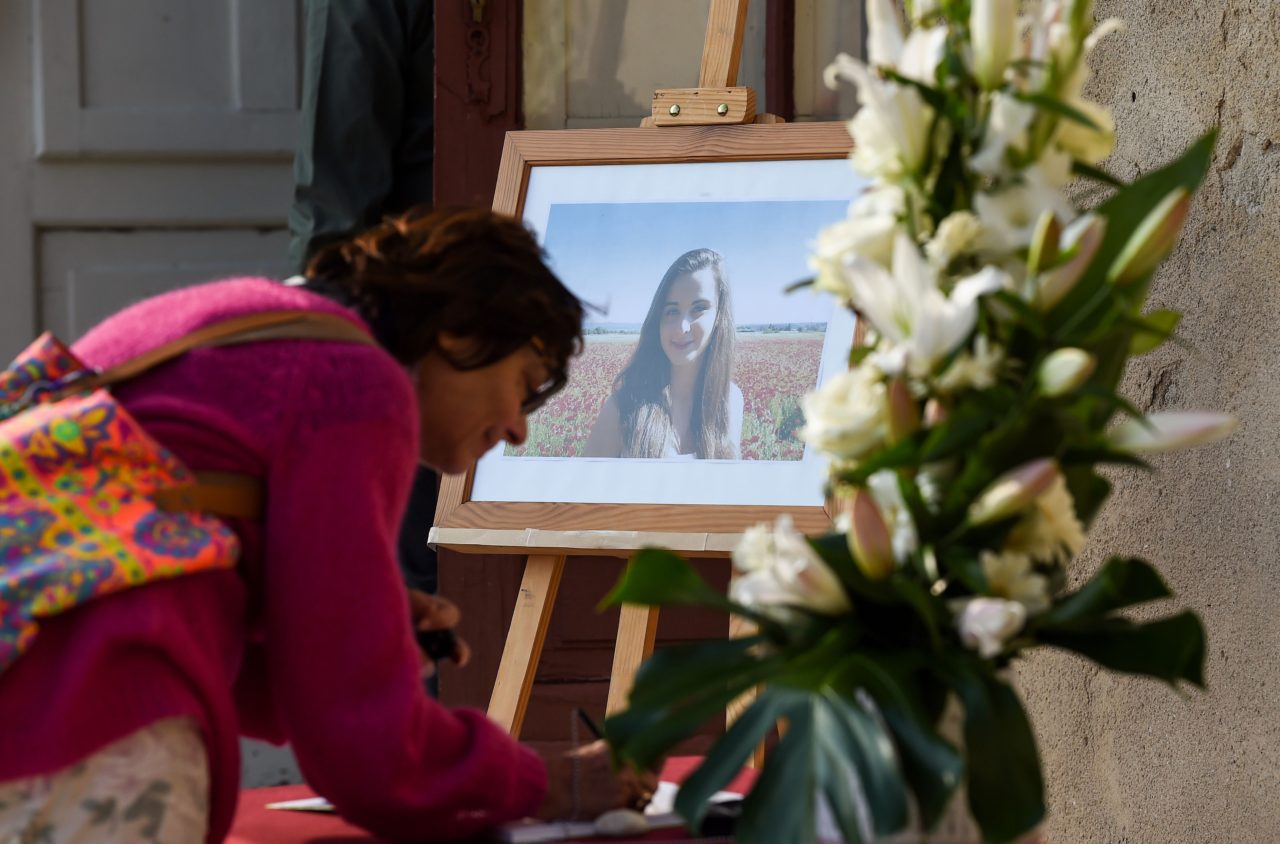 A woman writes a message of condolence next to a portrait of Mauranne in Eguilles, southern France, on October 2, 2017, the day after Mauranne and Laura, two 20-year-old cousins, were killed outside Saint-Charles train station in Marseille by an Islamist knifeman who was shot dead by soldiers. The man who stabbed two young women to death in Marseille in an attack claimed by the Islamic State group used seven different identities and had been arrested just days earlier, French prosecutors said on October 2, 2017. (Photo by ANNE-CHRISTINE POUJOULAT/AFP/Getty Images)

French authorities confirmed that difficulties in identifying the attacker arose from the multiple fake identities Hanachi was using. Paris prosecutor François Molins told media that police were eventually able to match his fingerprints to seven separate records in their database.

Molins confirmed Hanachi was known for criminal acts in his home country and across North Africa and had been arrested a dozen times between 2005 and 2014 by French police in the areas of Marseille, Toulon, and Lyon, according to France 2.

Le Parisien revealed that the Tunisian had been detained ahead of a deportation order the day before the attack – after his most recent arrest for shoplifting – but was released because authorities were unable to reach the person responsible for signing detention orders at the Rhône prefecture and because there was, allegedly, not any room in the Lyon detention centre. 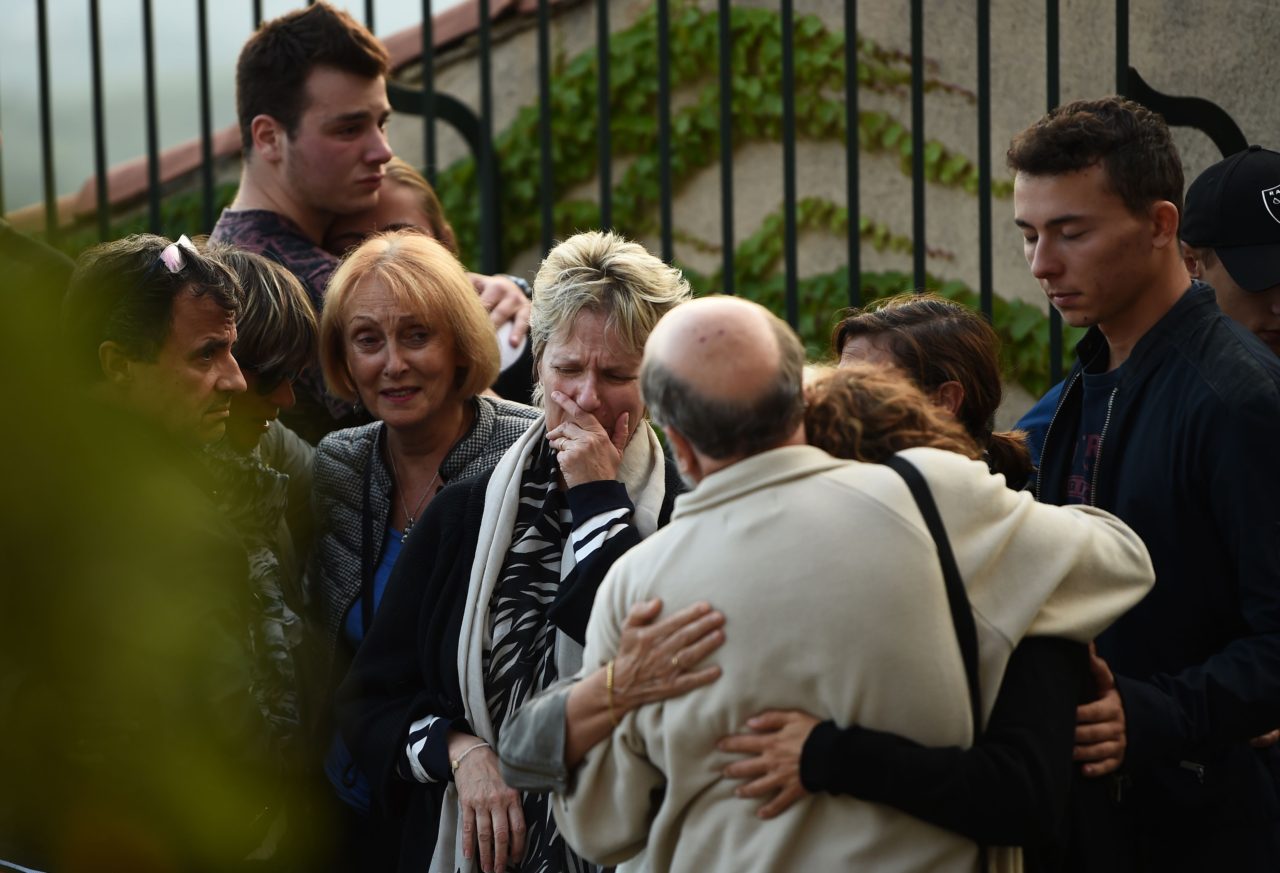 Relatives of the victim Mauranne take part in a tribute, on October 2, 2017, in Eguilles, southern France, the day after Mauranne and Laura, two 20-year-old cousins, were killed outside Saint-Charles train station in Marseille by an Islamist knifeman who was shot dead by soldiers. (Photo by ANNE-CHRISTINE POUJOULAT/AFP/Getty Images)

The French daily noted that only 30 per cent of illegal migrants who have passed through an administrative detention centre are ever deported, with Tunisians representing the third highest number of illegals expelled, according to 2015 figures.

The administrative errors, failed deportation, and use of multiple identities bear similarity to the circumstances surrounding the attack perpetrated by fellow Tunisian Anis Amri in Germany in December 2016, when the asylum seeker hijacked and rammed a lorry into a Christmas market killing 12 and injuring over 50.

Amri, who used multiple identities and entered Germany illegally following the Arab Spring and become a petty criminal and drug dealer, avoided deportation because his home country could not confirm his identity. Papers were eventually received by Germany from Tunisia that would have allowed for his deportation – two days after his deadly attack.