President Trump proposed this morning “a contest as to which of the Networks, plus CNN and not including Fox, is the most dishonest, corrupt and/or distorted in its political coverage”.

We should have a contest as to which of the Networks, plus CNN and not including Fox, is the most dishonest, corrupt and/or distorted in its political coverage of your favorite President (me). They are all bad. Winner to receive the FAKE NEWS TROPHY!

It’s a great idea, and it has been going on in France for over half a decade.

I was lucky enough to be able to participate this year, in a theatre near the Bataclan on the Boulevard Voltaire in Paris.

It was all in French, of course, but the founder and organiser — a cheery fellow by the name of Jean-Yves La Gallou — took it upon himself to find me a translator.

Monsieur La Gallou has of course been derided as a “fascist”, as had many of the event’s attendees, but all I witnessed on the night was jovial and robust ribbings of the establishment media. I wrote about it in my book ‘No Go Zones’, not least because a fake news story about a Brussels no go zone won the award on the night:

At an awards ceremony lampooning the mainstream media—the Bobards d’Or [Golden Fibbers] in France—a host semi-jokes that the real name of Molenbeek is “Sint-Jans-Molenbeek” or Molenbeek Saint-Jean, named after St. John the Baptist. They are, he claimed, trying to erase the area’s Christian history by changing its name to simply “Molenbeek.” Whether this is true or just a convenient truncation is unclear. But what is clear is that all around Europe, regardless of what they call it, people talk about Molenbeek in hushed tones. Interestingly, with my audience-member vote included, the “fake news” story about Molenbeek won the award for mainstream media lie of the year.

The broadcast of the video of the original segment drew howls of laughter from the crowd at the Bobard d’Or awards, who were positioned in their seats just a few hundred yards away from the now infamous Bataclan theatre, in an act of sobering defiance. The presentation of the Bobard d’Or award to the creators of the massaged Molenbeek video may have been celebrated as a “gotcha” moment in a room of a few hundred French right-wingers, but the impact of such misinformation can be seen around the world. Journalists and politicians, rather than informing themselves about these areas, rely increasingly on the testimonies of liberal-left journalist-cum-activists. They end up accepting these accounts as true instead of forming their own opinions about this issue, and so the false idea that No Go Zones do not exist still pervades in establishment media circles.

You can imagine my delight therefore, that President Trump has suggested something similar in the United States. Indeed the UK media should have their feet held to the fire in the same way. 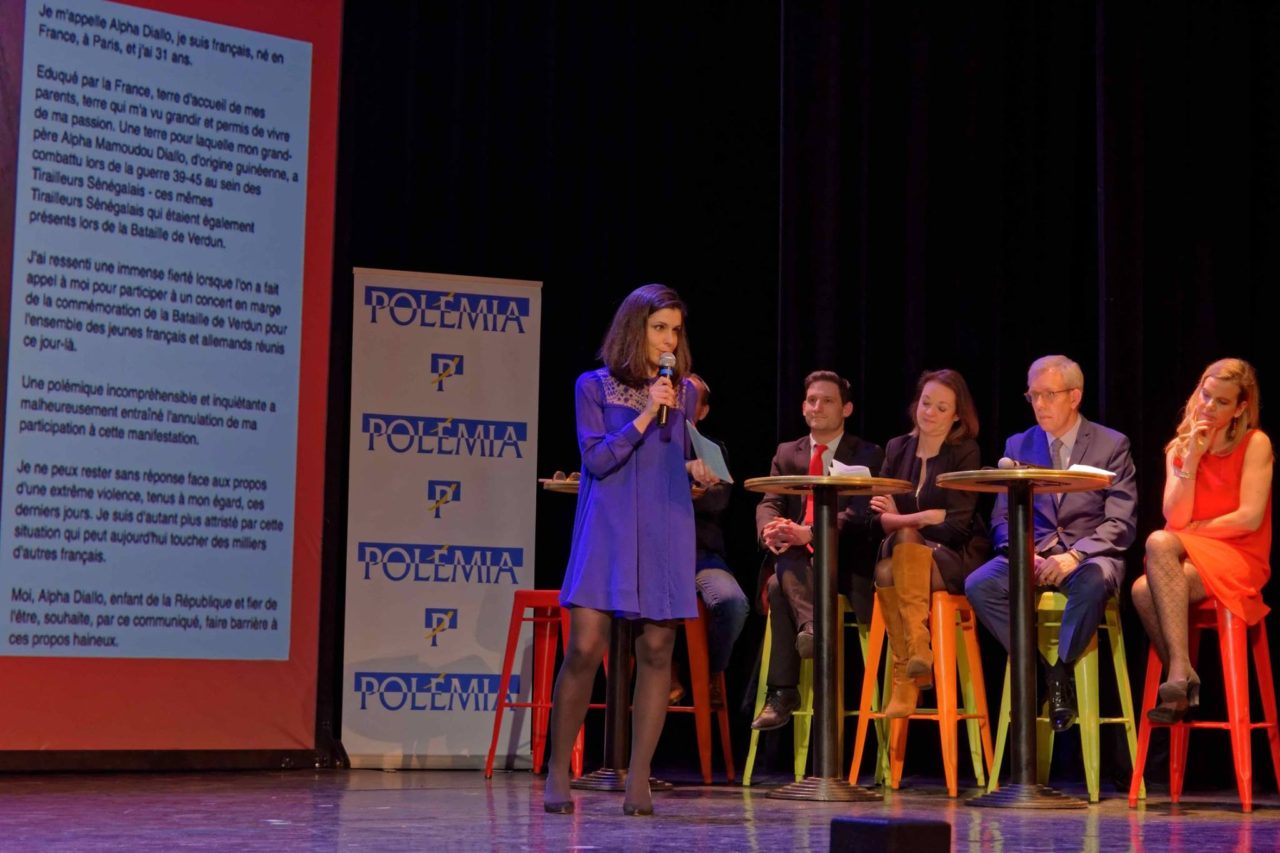 The Bobards d’Or is a noteworthy “f**k you” to France’s mainstream media, replete with attractive French women handing out awards, and hours of eating and drinking afterwards.

Maybe we should get Monsieur La Gallou to bring his bash to Washington, D.C.?

Raheem Kassam is the editor in chief of Breitbart London and author of No Go Zones: How Shariah Law is Coming to a Neighborhood Near You