Britain’s media celebrated in droves when London elected its first Muslim mayor, Sadiq Khan, in May 2016.

Now the cacophony caused by the “we’re not racist” backslapping has ended, the true implications of a Khan mayoralty are being realised.

In Britain’s capital over the past year, Khan presided over rises in knife crime, gun crime, theft, burglary, rape, homicide, and more. And not just by a little bit, either.

Some in the media — by which I mean basically just me — predicted Khan might be a disaster for London, but the extent to which this is true was beyond even our worst nightmares.

Parking the anecdotal evidence of Khan giving preference to genital mutilation-linked groups, and using his platform to agitate against the U.S. President, the statistics reveal a terrifying incompetence in keeping London safe — one of the mayor’s core areas of responsibility.

Theft went up by over 10,000 incidents in a year, up 33.9 per cent, and there were more than 4,000 additional knife crime incidents under Khan than under his predecessor, a rise of 31.3 per cent.

Rape in the capital rose by 18.3 per cent, while there were 2,551 incidents of gun crime, representing a rise of 16.3 per cent on the previous year.

The Mayor has continuously blamed central government “police cuts” for the problems faced, but statistics reveal London only lost around 1,000 police officers (3 per cent) in the past year, reducing the workforce from 31,343 to 30,379. 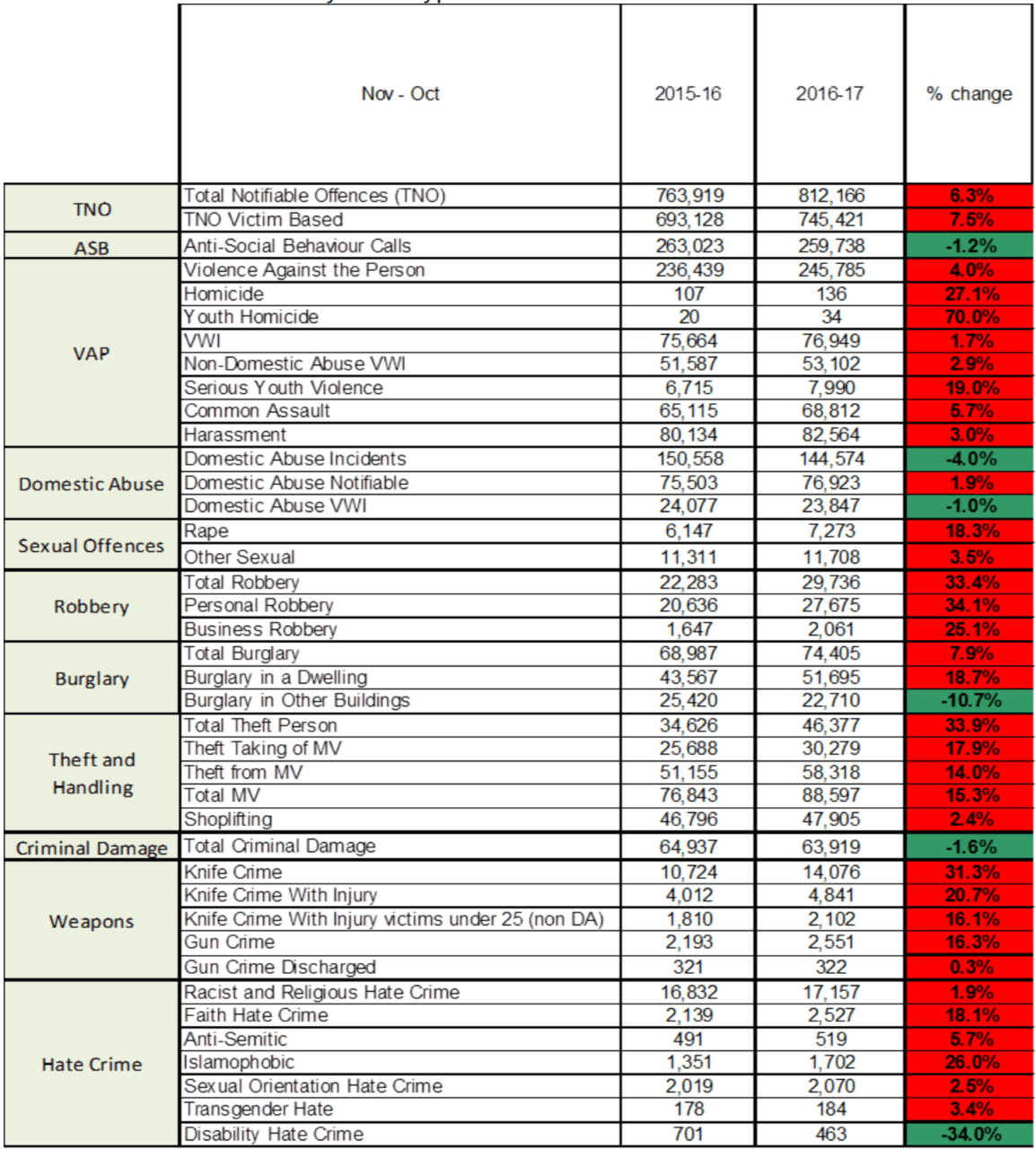 Earlier this year London overtook New York City as one of the most dangerous capital cities in the Western world. The House of Commons recently revealed the UK capital has more acid attacks per capita than any other city in the world.

The Guido Fawkes blog notes: “In the years before Khan became mayor the numbers had fallen significantly – the Tories had got the numbers down to between 10 and 15 deaths of young people per year from over 30” and asks: “Why isn’t Sadiq facing more pressure on this? It should really be a much bigger story…”

Raheem Kassam is the editor in chief of Breitbart London and author of the bestselling ‘No Go Zones: How Shariah is Coming to a Neighborhood Near You’