A British left-wing group made a public call Tuesday for the execution of Queen Elizabeth II, the British head of state, in remarks that have been called “deeply offensive” even by members of their own Labour Party.

The Liverpool Labour students’ group — which is recruiting new members at their University fresher’s fair and Friday will be sending a delegation to a film screening in the city which is also being attended as guest of honour by Labour Shadow Foreign Secretary Emily Thornberry — marked the anniversary of the beheading in 1649 by calling for the act to be repeated.

We have deleted our last tweet. It was intended as a tongue in cheek comment. We obviously do not advocate regicide. We apologise for any offence caused.

Taking to Twitter, the group — which according to their official University of Liverpool Student’s Union profile pride themselves on being “friendly” and creating an environment where all “feel valued and welcome” — wrote “Happy #RegicideDay comrades! We did it once, we can do it once again.”

Following shocked responses on social media, the group deleted their message and replaced it with another, apologising, and stating: “It was intended as a tongue in cheek comment.” 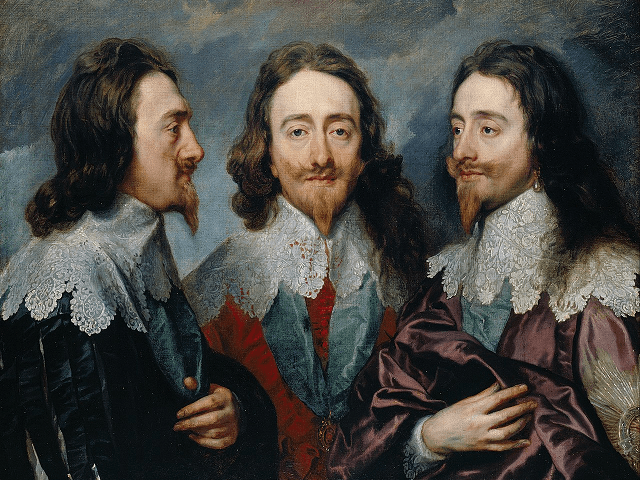 Triple portrait of Charles I by Van Dyck, 1635 / Wikimedia Commons>

Somewhat ironically, the Labour group that posted the message advocating the killing of Queen Elizabeth II, who in addition to being head of state of the United Kingdom is also head of states of Canada, Australia, New Zealand, and 12 other Commonwealth Realms, feature in their profile a prominent image of Labour Leader Jeremy Corbyn with overlaid text offering “hope”.

A Labour Party spokesman for Emily Thornberry told Breitbart London the call to violence from the group “deeply offensive content” which had been “rightly deleted” by the group.

The call for the execution of the monarch comes just days after another call for violence by a member of the hard-left Corbyn supporting faction within the Labour Party was revealed. Local association chairman and election candidate Caragh Skipper had called for U.S. President Donald J. Trump to be shot just before he took office in a social media post.

Also claiming her comments had been intended to be funny, Skipper blamed “creepy, nasty, hateful and untrue attacks by bitter men in our own party who cannot stand to see young women do better than them” for the post becoming public knowledge.

King Charles I was executed at the Banquetting House on Whitehall on January 30th, 1649, leading to a period of autocratic rule by Oliver Cromwell, followed by his son, in what is known as the Interregnum.

Characterised by the extreme puritan views held by the victorious Parliamentarians being imposed on the rest of the country including the suppression of theatre, and even the celebration of Christmas, and higher levels of taxation.