The French leader immediately denounced the violence of the Gilets Jaunes (Yellow Vests) at the beginning of his speech, saying “The events of recent weeks in France and overseas have deeply troubled the nation. They have mingled legitimate claims and an unacceptable level of violence,” Le Monde reports.

Macron went on to add that, “calm and the Republican Order must prevail” and noted that he understood the anger of the protesters in contrast to those committing violence who he described as having legitimate anger over and have “no hope” due to their financial situations where many are struggling to get by.

The first concrete proposal from the French leader was a 100 euro per month increase in the minimum inter-professional growth wage (SMIC) formally known as the guaranteed minimum wage, which will begin in the new year.

Next, Macron stated that there would be changes to the Generalized Social Contribution (CSG), a levy which is used to pay for social security, saying that he would cancel payment increases for retirees making less than 2,000 euros per month.

“I will ask all employers who can, to pay an end-of-year bonus to employees, which will be tax-free,” Macron added and went on to add that overtime work will not be subject to taxes or other charges starting in 2019.

Addressing the Yellow Vests directly Macron said, “I do not forget that there is anger, indignation, and many French people share it,” and took responsibility saying, “I was able to hurt some of you with my comments.”

After promising to work with businesses and mayors across the country in the coming weeks, Macron concluded his speech saying, “We will not resume the course of our lives without anything having changed. We are at a historic moment for our country. My only concern is you. My only fight is for you. Our only battle is for France.” 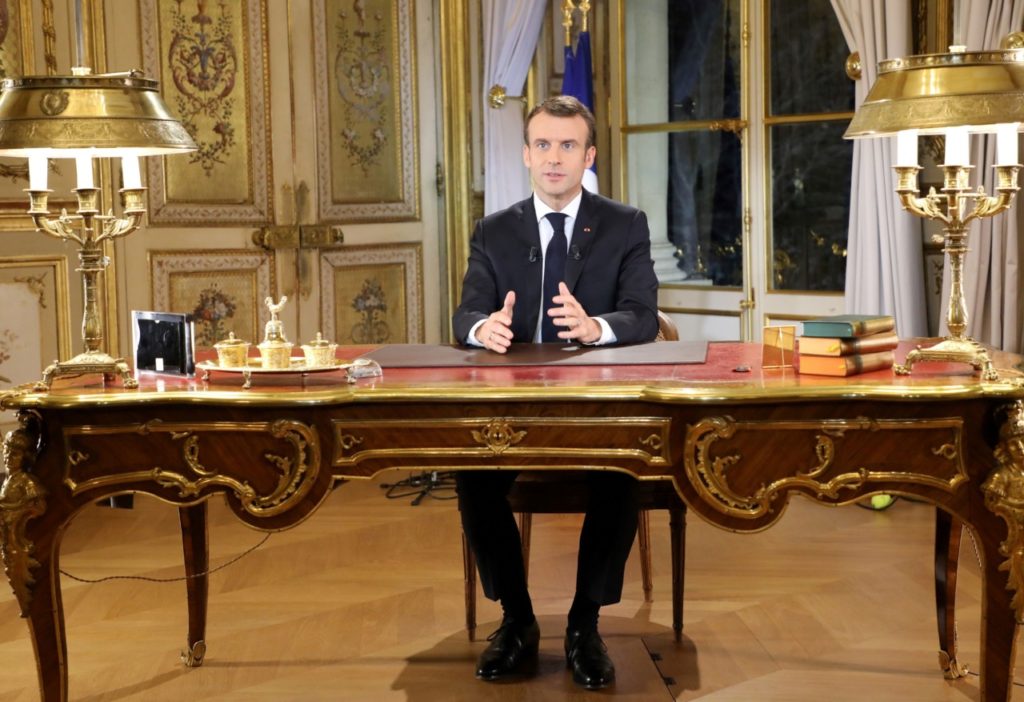 Far-left France Insoumise leader Jean-Luc Melenchon, a key supporter of the Yellow Vests, commented on the speech saying, “To the indignation of the large number against the fact that some have everything and others nothing, the president thought that a distribution of money would suffice to calm the current citizen uprising.”

In an interview with French broadcaster BFMTV, a Yellow Vest protester also reacted to the speech saying to Macron, “If you still have respect for your people, resign.”

The speech comes after four weeks of protests that have seen some of the worst levels of rioting and violence in France in decades, including this past weekend when over a thousand protestors were arrested and violence occurred not only in Paris but spread across the country to Bordeaux and Toulouse.

UPDATE: Clashes between Yellow Vests and police in Bordeaux and Tolouse; where an unverified livestream appears to show protesters raiding a construction site to build barricades https://t.co/3ot7no3ICc