Five months after Nigel Farage first reported that the true number of illegal aliens was likely much higher than the official figure because many arrive undetected, the mainstream media has finally reported on migrants “fleeing” their boats and “making off at speed” from the beach to avoid being registered with the Home Office.

Sky News reported on Monday in a piece entitled “Migrants Seen Running Away after Landing on Kent Beach in Small Dinghy”, that around ten men in a dinghy landed in Kingsdown, near Deal in Kent.

After the boat grounded to a halt, they leapt off and ran towards some scattered trees.

Many of them were wearing hoodies and one was seen carrying a backpack as they abandoned the dinghy at the shoreline.

The report from the liberal-metropolitan broadcaster said, painting a picture of men appearing to want to evade authorities, rather than register legitimate claims for asylum.

The Press Association also reported in their Monday article “Migrants Make Off at Speed as Dinghy Lands at Kent Beach” the same incident at Kingsdown, noting that “they were seen leaping out and running across the beach towards some scattered trees”.

Six miles down the coast in Dover, UK Border Force had intercepted craft carrying migrants, who, unlike the others, were processed and assessed for symptoms of coronavirus. 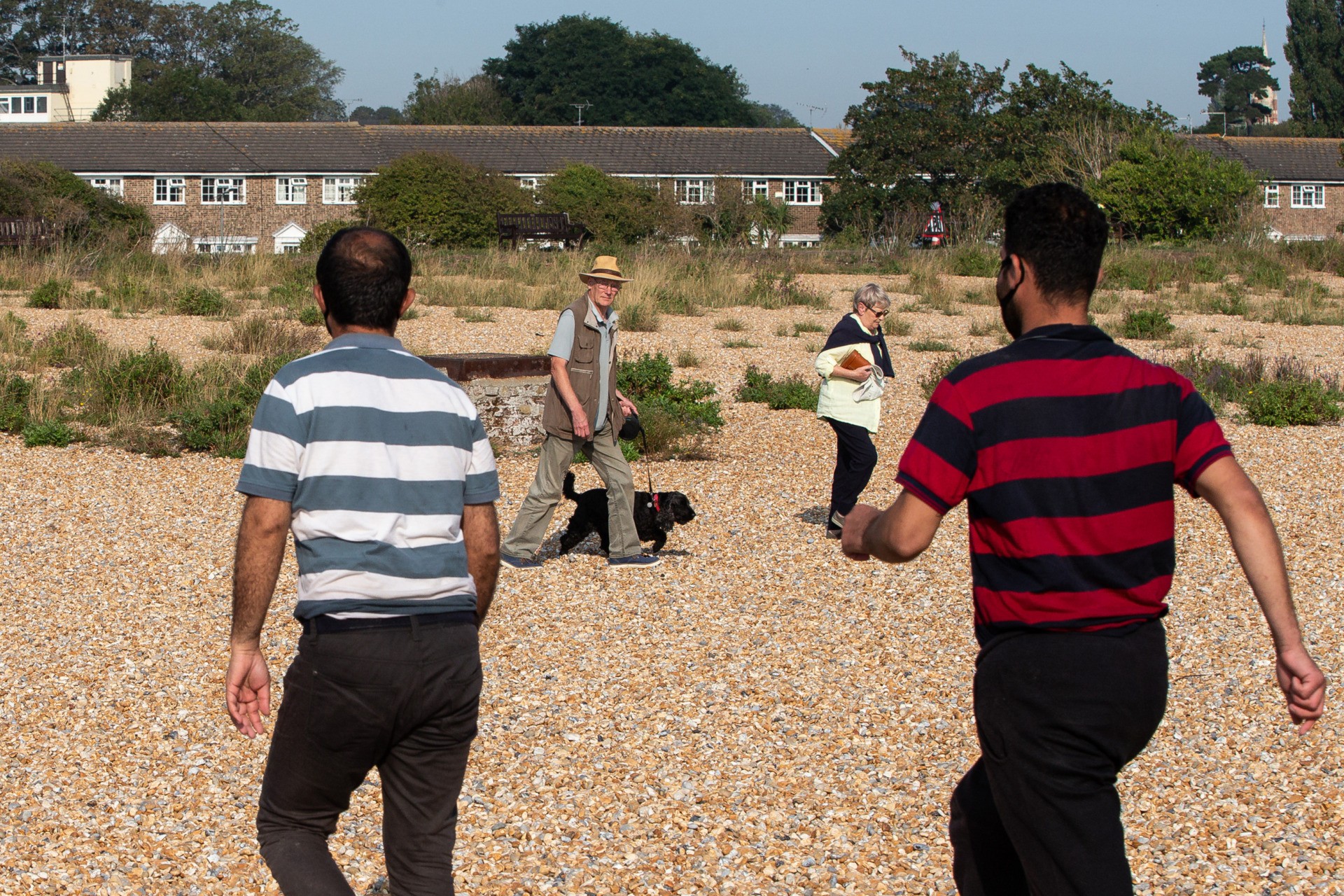 DEAL, ENGLAND – SEPTEMBER 14: Migrants make their way inland after crossing the English Channel from France in a dinghy on September 14, 2020, in Deal, England. More than 1,468 migrants, some of them children, crossed the English Channel by small boat in August, despite a commitment from British and French authorities to step up enforcement. (Photo by Luke Dray/Getty Images)

The stories come after the Brexit Party leader had, for months, shared reporting of illegals landing before being caught by authorities, claims that the Home Office had denied. As recently as last week, Mr Farage reported that some migrants who had landed in Kent “have now disappeared into the hills”, a story that the likes of Sky News, the BBC, and ITV would not cover, he said. Locals in Kent also told media that they saw migrants land and then flee the scene, suggesting a trafficker may have picked them up in a car.

Turning his hand to investigative journalism, Mr Farage responded to reports from members of the public in April that despite citizens being under effective house arrest during the pandemic’s lockdown, the borders remained open to illegal immigration. Farage had become a vocal critic of the mainstream media for its failure to report on the rising numbers.

In late April, Mr Farage spoke to witnesses in Pett Level, East Sussex, who said that migrants were arriving in the cover of night, with UK-side smugglers not only coming to collect the illegal aliens but their boats, as well. Fishermen in Hastings also said that they had seen migrants arrive with no UK Border Force in sight.

“This scandal, I think, is far bigger than anyone realises,” Mr Farage had said. 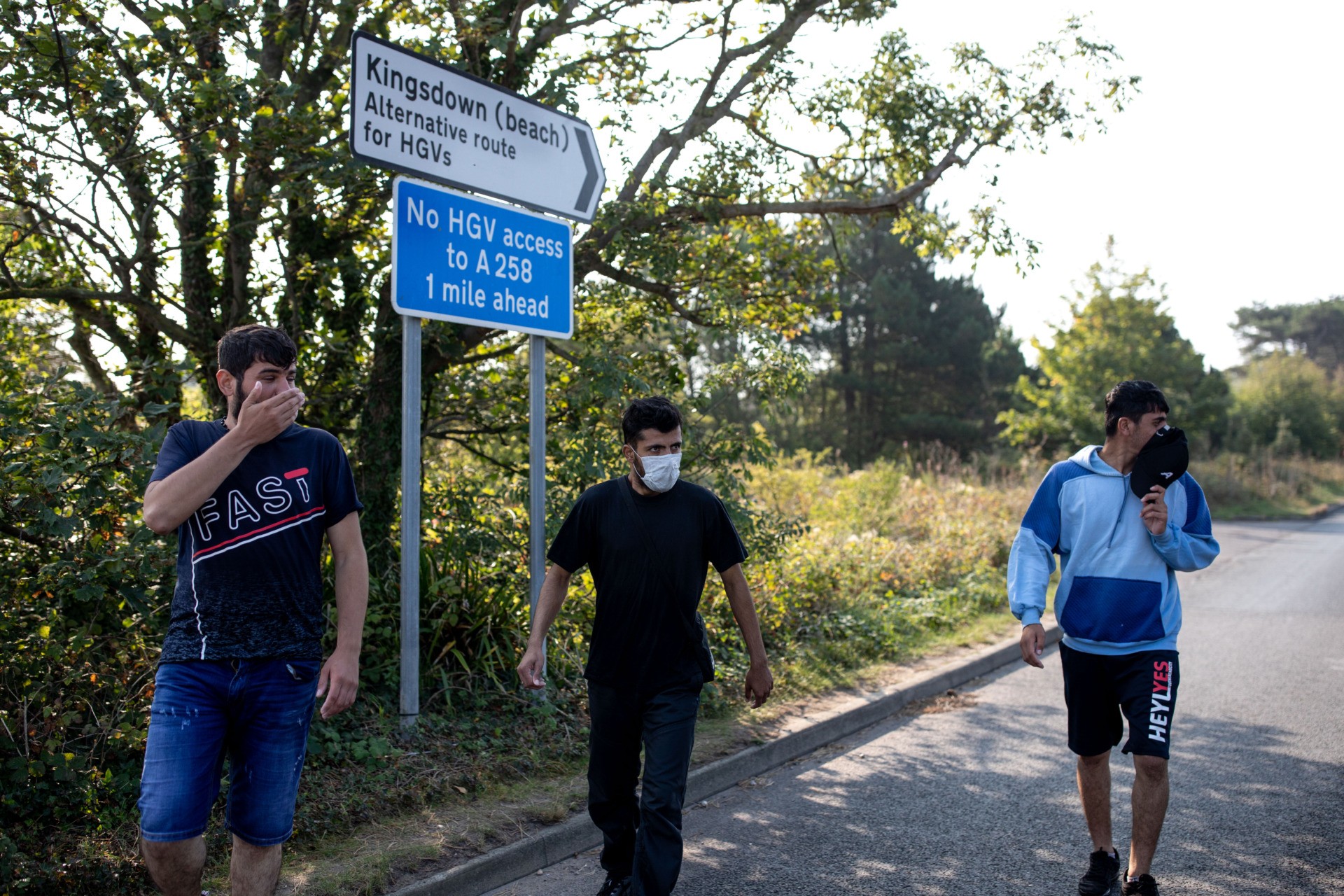 DEAL, ENGLAND – SEPTEMBER 14: Migrants make their way inland after landing on Deal beach after crossing the English Channel from France in a dinghy on September 14, 2020, in Deal, England. More than 1,468 migrants, some of them children, crossed the English Channel by small boat in August, despite a commitment from British and French authorities to step up enforcement. (Photo by Luke Dray/Getty Images)

In early May, Farage said that he had contacted the Home Office and “asked them whether they accepted that migrants are not being caught, and whether they had an estimate of how many were unaccounted for, and what was being done to try and track down illegal immigrants that had evaded the border police?” The Home Office replied by alleging that it was “completely inaccurate to claim small boats are arriving into the UK every day” undetected.

This is not the first time that Nigel Farage has forced the establishment press to report on stories inconvenient to their narrative. The Times found itself obliged to report on Farage’s exposé in Mid-August that a hotel in Home Secretary Priti Patel’s constituency had been commandeered to house illegals. Farage’s previous reporting on a similar hotel in late July in another part of the country received much less attention from the mainstream media, however.

Mr Farage was also the first to report on the phenomena of the French navy escorting migrant boats into British territorial waters on May 20th. The media followed suit and sent reporters to the coast the next day, which also became the first attempt by the establishment to report on the rising number of illegal landings.