ROME — Pope Francis unveiled a massive bronze sculpture depicting 140 migrants in Saint Peter’s Square in the Vatican Sunday, the first sculpture to be installed in the piazza in over 400 years.

The 20-foot tall, 3.5-ton bronze sculpture was created by Canadian artist Timothy Schmalz at the behest of the Vatican’s office for Migrants and Refugees, after impressing the pope with his sculpture “Homeless Jesus” in November 2013.

The migrant sculpture bears the title “Angels Unaware” in reference to the biblical passage from the Letter to the Hebrews: “Be not forgetful to entertain strangers: for thereby some have entertained angels unawares.”

The artist told Crux, an online Catholic news outlet, that the figures in the sculpture represent “a tapestry of people from all historical periods of time. From ancient migrant people to indigenous migrant people to contemporary Syrians and Africans.” He chose the number of 140 figures to create a symmetry with the 140 columns along Bernini’s iconic colonnade. 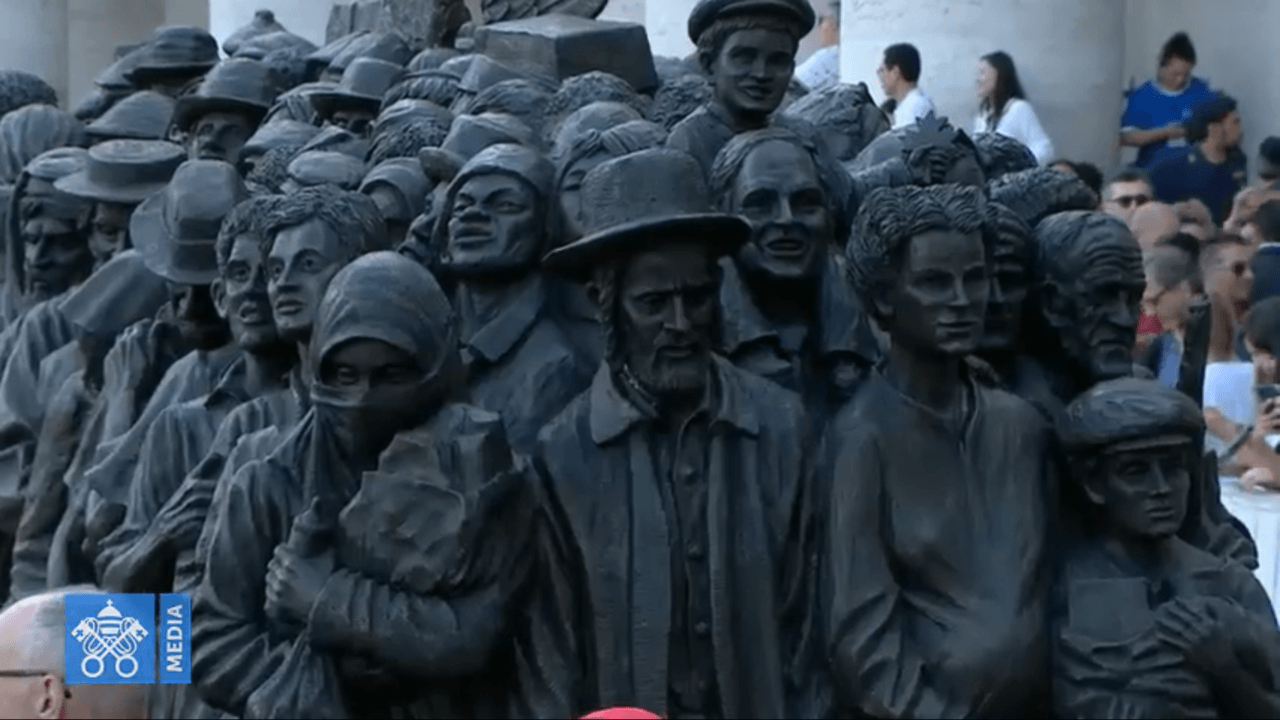 In unveiling the sculpture at midday Sunday, the pope was accompanied by the artist along with four migrants. Earlier that morning, the pontiff celebrated an open-air Mass in the Square dedicated to migrants and refugees.

During his Angelus message, the pope said that he was inaugurating the work to emphasize the Church’s commitment to migrants and refugees.

“I wanted this artistic work here in St. Peter’s Square, to remind everyone of the evangelical challenge of hospitality,” he said.

At this point the Vatican has not said how long the sculpture will remain in Saint Peter’s Square.