“I express my nearness to the families of the victims,” he continued. “I beg you to please abandon the path of violence that is always a losing cause and is a defeat for everyone.”

“Let us recall that violence begets violence,” he concluded.

In his appeal, the pope was referring to three separate incidents, all apparently the handiwork of Muslims. The first involved a radicalized Muslim convert armed with a bow and arrow who went on a shooting rampage Wednesday evening in Kongsberg, Norway, killing five and injuring two more. 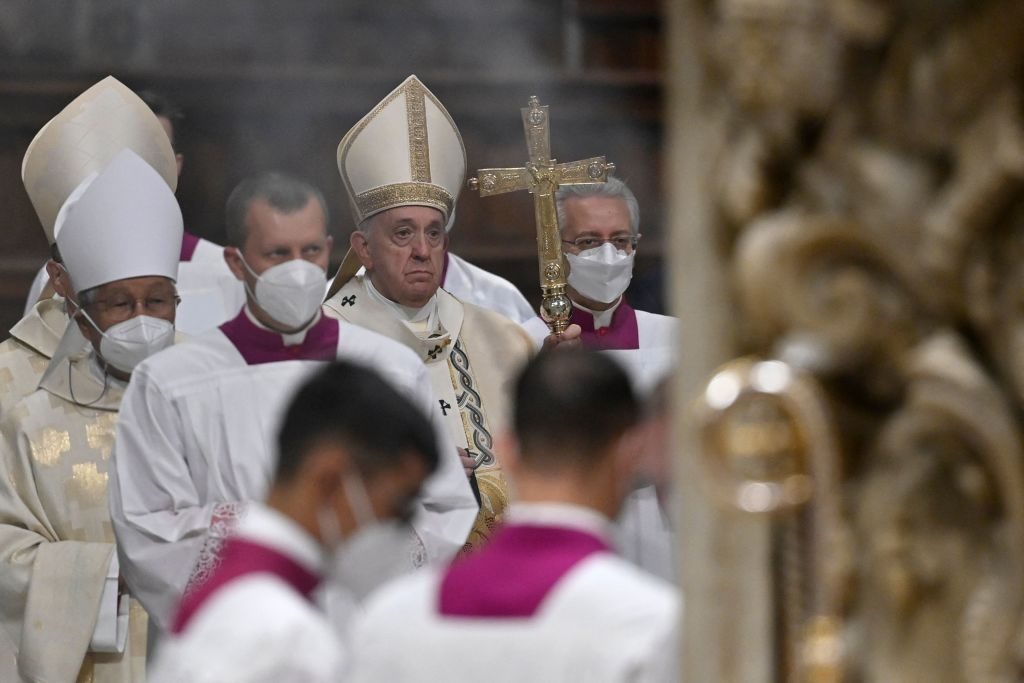 Pope Francis arrives to hold an ordination mass on October 17, 2021 at St. Peter’s basilica in The Vatican. ( ALBERTO PIZZOLI/AFP via Getty Images)

On Thursday, Police Chief Ole B. Sæverud identified the alleged perpetrator as a 37-year-old Danish citizen, who reportedly had been convicted several times before, including being given a six-month restraining order against two family members after having threatened to kill his father.

The attack occurred in the center of Kongberg, some 50 miles southwest of the Norwegian capital Oslo, and several of the victims were attacked in a Coop Extra supermarket.

“We are talking about a convert to Islam,” Sæverud said.

The second attack referred to by the pope was the fatal stabbing Friday of conservative British lawmaker David Amess by a 25-year-old man of Somali descent suspected of links to Islamic extremism.

The Metropolitan Police Force’s Counter-Terrorism Command identified the stabbing as a “terrorist incident” with “a potential motivation linked to Islamist extremism.”

The 69-year-old Amess was stabbed repeatedly at Belfairs Methodist Church in Leigh-on-Sea in Essex, east of London, during a meeting with constituents in a church.

Amess was a practicing Catholic and father of five who had served in Parliament since 1983, and who was known as one of Parliament’s most prolife members and a defender of the most vulnerable, including animals.

Following his murder, tributes poured in from politicians and political figures, who universally described Amess as a good and kind man. For his part, Cardinal Vincent Nichols, president of the Catholic Bishops’ Conference of England and Wales, called Amess’s death a “painful loss.”

“This death throws a sharp light onto the fact that our Members of Parliament are servants of the people, available to people in their need, especially in their constituencies,” the cardinal said. “This horrific attack, as David was undertaking his constituency surgery, is an attack on our democratic process and traditions.” 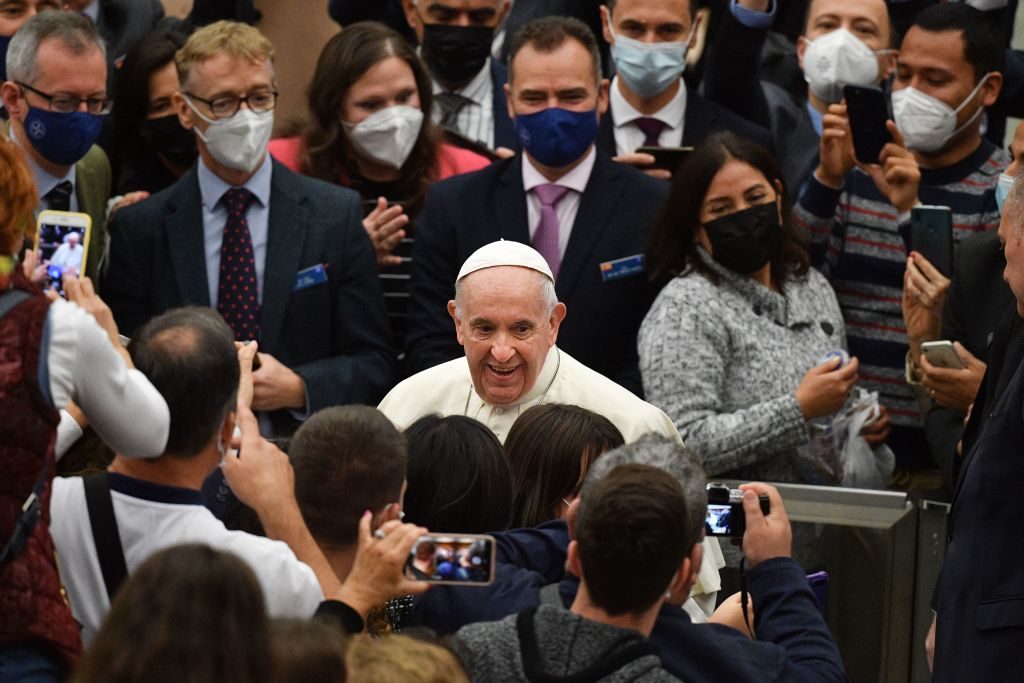 Pope Francis (C) meets with attendees at the end of the weekly general audience on October 13, 2021 at Paul-VI hall in The Vatican. (TIZIANA FABI/AFP via Getty Images)

The third event referenced by Francis was Friday’s suicide bombing at a Shiite mosque in Kandahar, Afghanistan, which left at least 60 people dead and 70 more wounded. The Islamic State terror group claimed responsibility for the attack.

The jihadists said two Islamic State-Khorasan (IS-K) suicide bombers had carried out separate attacks in different parts of the mosque while worshippers prayed inside. The attack was the latest in a spate of Islamic State suicide attacks since the Taliban takeover of the country and the withdrawal of US troops.

While of the same Sunni sect of Islam as the Taliban, the Islamic State considers them rivals rather than allies. Both groups deem Shiite Muslims to be heretics.