Planned Parenthood dropped its lawsuit against the city of Lubbock, Texas, Thursday over its ban on abortions since it adopted an ordinance its voters approved in May 2021 that designated the city a “sanctuary city for the unborn.”

Lubbock, Texas, became the largest city in the United States to declare itself a “sanctuary city for the unborn,” the 26th in the nation to outlaw abortion. https://t.co/L9bH5NpzXW

Mark Lee Dickson, director of Right to Life East Texas and founder of the Sanctuary Cities for the Unborn Initiative, said in a comment posted to Facebook:

We are thrilled that Planned Parenthood has dropped its lawsuit against the city of Lubbock, which was meritless from the outset. The city has no role in enforcing this abortion ban, so it cannot be sued by those who oppose the ordinance.

As Breitbart News reported in September 2020, Lubbock’s mayor and city council considered the ordinance after sufficient signatures were gathered by Lubbock citizens to allow for a city council vote. The council ultimately voted 7-0 against the ordinance, reasoning that the Supreme Court’s 1973 decision in Roe v. Wade is considered by many to be the “law of the land.”

Subsequently, however, the Initiative and Referendum process allowed for Lubbock residents to place the ordinance on the ballot and to vote on it themselves on May 1, 2021.

Lubbock Mayor Dan Pope said in a statement at that time that “voters made it clear that Lubbock will become the next sanctuary city for the unborn.” 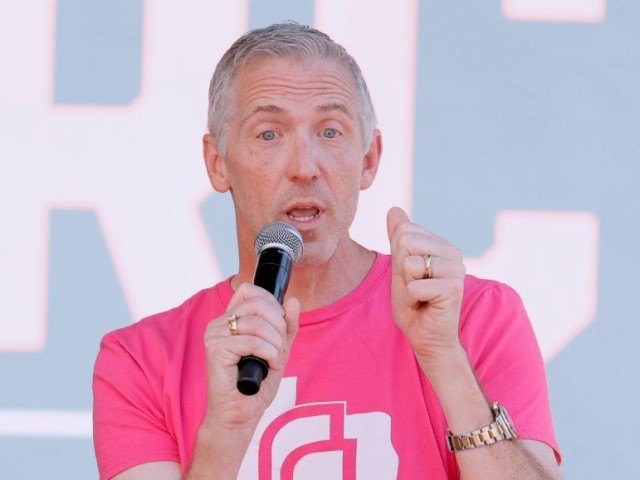 Planned Parenthood had begun performing abortions at its Lubbock facility on April 15, 2021. As a result, the Lubbock abortion ban ordinance made the city the first in the nation to outlaw abortions after they were already being performed.

The Lubbock ordinance contains two “enforcement mechanisms,” one public and one private, Dickson wrote at Live Action News on May 2, 2021.

Any person, corporation, or entity that commits an unlawful act … other than the mother of the unborn child that has been aborted, shall be liable in tort to the unborn child’s mother, father, grandparents, siblings and half-siblings. The person or entity that committed the unlawful act shall be liable to each surviving relative of the aborted unborn child for: (a) Compensatory damages, including damages for emotional distress; (b) Punitive damages; and (c) Costs and attorneys’ fees.

In a major and historic victory for the right to life, Planned Parenthood is dropping its lawsuit over the city of Lubbock’s abortion ban, ensuring that the ordinance will remain in effect! #txlege #prolife #sanctuarycityfortheunborn pic.twitter.com/SrGsx1GlTD

When Planned Parenthood of Greater Texas and the American Civil Liberties Union (ACLU) filed a federal lawsuit against the city of Lubbock, claiming the ordinance was unconstitutional, Dickson wrote on Facebook the lawsuit “is frivolous.”

“The federal courts have no ability to prevent private litigants from suing abortion providers under a duly enacted law, and there is nothing a federal court can do to stop private citizens from suing to enforce this ordinance,” he asserted, adding the abortion ban in Lubbock “will take effect on June 1st, regardless of what happens in this lawsuit, and any person who aids or abets an abortion in Lubbock will be facing immediate lawsuits.”

A federal district court dismissed Planned Parenthood’s lawsuit for lack of jurisdiction. Planned Parenthood appealed that ruling but announced on Thursday that it was dropping its appeal and ending its litigation over the ordinance.

Right to Life East Texas’ Facebook post noted the Lubbock ordinance’s similarity to the Texas Heartbeat Act, which the U.S. Supreme Court has allowed to stand as any lawsuits that continue against it will now be heard by the Supreme Court of Texas:

The Lubbock ordinance marks the first time that an abortion ban has survived court challenge in the United States since Roe v. Wade.

The ordinance is structured in a manner similar to the Texas Heartbeat Act, which outlaws abortion after a fetal heartbeat is detectable but prohibits state officials from enforcing the law, instead authorizing private citizens to sue those who perform or aid or abet illegal abortions. By adopting this unique private-enforcement scheme, the city of Lubbock made its ordinance immune from pre-enforcement lawsuits because neither the city nor its officials have any role in enforcing the law, so they cannot be subjected to lawsuits that challenge the constitutionality of the ordinance.

“I congratulate the City and the people of Lubbock on this historic victory—and for becoming the first jurisdiction in the United States to successfully defend an abortion ban in court since Roe v. Wade,” said state Sen. Charles Perry (R) of Lubbock, a supporter of the ordinance, as reported by Everything Lubbock. “This is an answer to so many of our prayers.”

“We have said from the beginning that the abortion bans we have drafted are bulletproof from court challenge, and we are pleased that the litigation over Lubbock’s ordinance has proven us right,” Dickson said in his Facebook post. “We will continue our work to enact similar ordinances in other cities throughout the United States.”

The case is Planned Parenthood of Greater Texas Surgical Health Services v. City of Lubbock, Texas, No. 21-11148 in United States Court of Appeals for the Fifth Circuit.