The intensive care unit at a Michigan hospital in the county that swung the state for Donald Trump in 2016 is now at full capacity with coronavirus patients.

Henry Ford Macomb Hospital in Macomb County, Michigan, announced Wednesday that their ICU has reached capacity due to the surge of coronavirus patients, the Detroit Free Press reports.

“Like some of our other acute-care hospitals, Henry Ford Macomb Hospital has reached capacity, and we are working aggressively with clinical partners in the region in an effort to transfer additional patients,” said Dr. Adnan Munkarah, the executive vice president and chief clinical officer of Henry Ford Health System.

Munkarah said the hospital was “continuing to balance ICU capacity across our health system, transferring patients when necessary.”

Southeast Michigan has become a hot spot for the coronavirus pandemic in the United States. On Wednesday, the state’s health officials reported 9,334 known cases of COVID-19 and 337 deaths in Michigan.

On Thursday, a draft letter written by officials at Henry Ford Health System leaked online revealing the hospital’s policy to prioritize care for “patients who have the best chance of getting better” in the event of a shortage due to the coronavirus pandemic.

The letter was addressed to “our patients, families and community,” and it outlined the criteria for which patients will be eligible for care if the hospital reaches capacity and is forced to ration limited resources like ICU beds and ventilators. “Patients who have the best chance of getting better are our first priority. Patients will be evaluated for the best plan of care and dying patients will be provided comfort care.”

Officials at Henry Ford confirmed the authenticity of the draft letter shortly after it leaked, but they stressed at the time that it reflected a “worst case scenario.”

“With a pandemic of this nature, health systems must be prepared for a worst case scenario,” Munkarah said. “Gathering the collective wisdom from across our industry, we carefully crafted our policy to provide critical guidance to healthcare workers for making difficult patient care decisions during an unprecedented emergency.”

The Henry Ford Health System is one of the major hospital providers in Metro Detroit, along with the William Beaumont Health System. Both providers have reported being at or near capacity due to the influx of coronavirus patients. Last Wednesday, Henry Ford reported that they were at capacity at their hospitals in West Bloomfield and Detroit. Beaumont Health said its hospitals were swamped with 650 patients who had tested positive for COVID-19 and with more than 200 whose tests were pending.

Macomb County is home to the famous “Reagan Democrats” who won Michigan for Ronald Reagan in the 1980 and 1984 elections. Macomb’s blue collar voters also won the state for Donald Trump in 2016. Michigan, along with Wisconsin and Pennsylvania, was part of the Rust Belt “Blue Wall” that put Trump in the White House.

Southeast Michigan, where Macomb is located, is a hub for international travel as the capital of the world’s auto industry. Metro Detroit has daily direct flights to and from major cities in Europe and Asia, a fact which likely contributed to it becoming one of the epicenters of the coronavirus pandemic in America.

This week, the U.S. Army Corps of Engineers began construction of a temporary 1,000-bed field hospital at the TCF Center in Detroit to care for the surge of coronavirus patients. 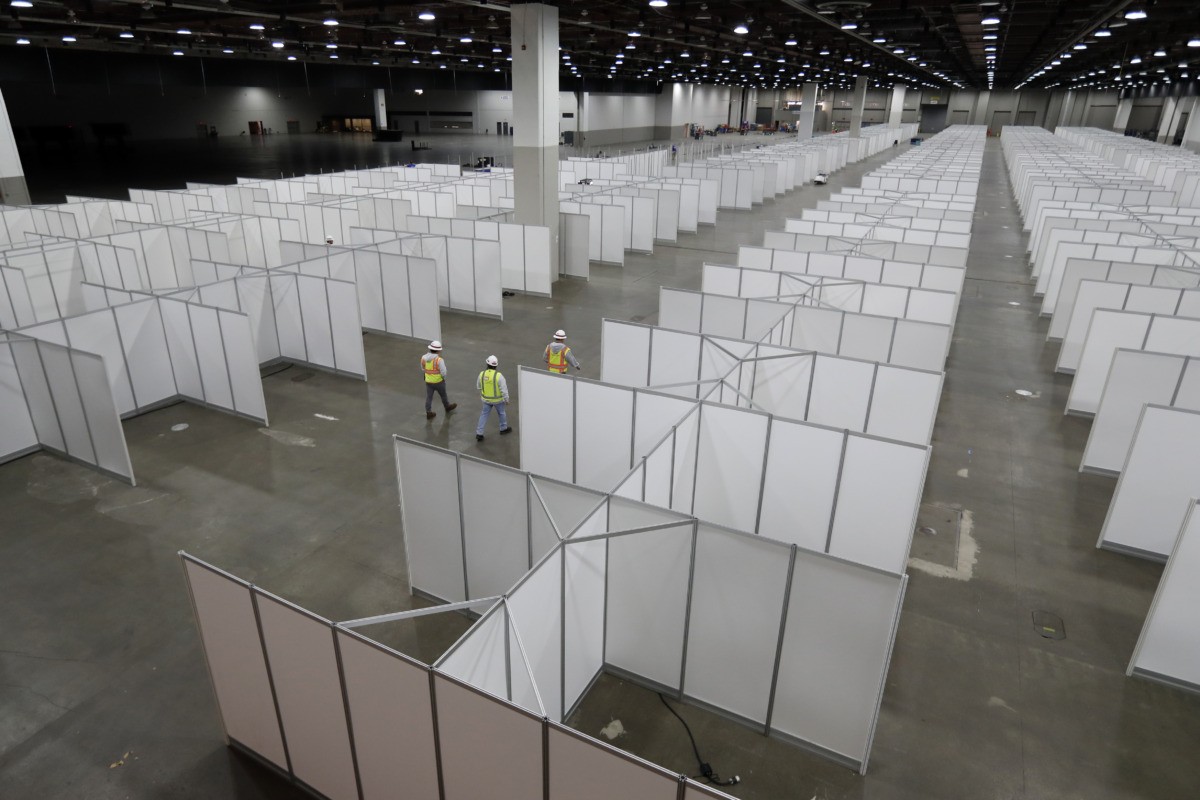 Interior view of the TCF Center, Wednesday, April 1, 2020, in Detroit built to accommodate an overflow of patients with the coronavirus. The U.S. Army Corps of Engineers began construction at the TCF Center on Tuesday to create a quarantined hospital setting with 1,000 beds as the pandemic spreads rapidly in the city. The Corps will adapt more than 250,000 square feet of the center on two separate floors for the additional hospital beds and medical personnel stations. (AP Photo/Carlos Osorio) 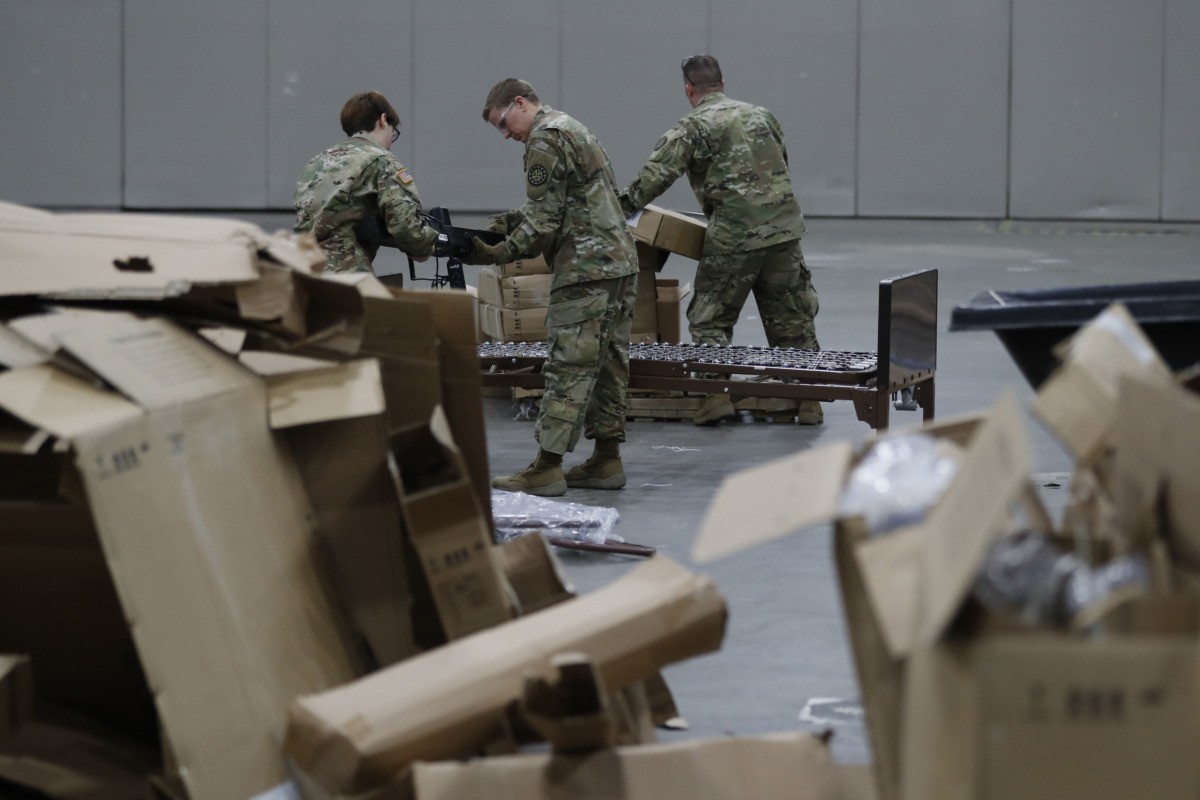 Members of the military assemble some of the beds, Wednesday, April 1, 2020, for use at TCF Center in Detroit to accommodate an overflow of patients with the coronavirus. (AP Photo/Carlos Osorio)