The surf conditions happened to be unusually good, drawing more surfers than usual to the Pacific Ocean.

This reporter counted roughly 60 surfers at the break at Sunset Point Beach.

At one point, a pod of bottlenose dolphins swam past. A seal also made a cameo appearance among the surfers. 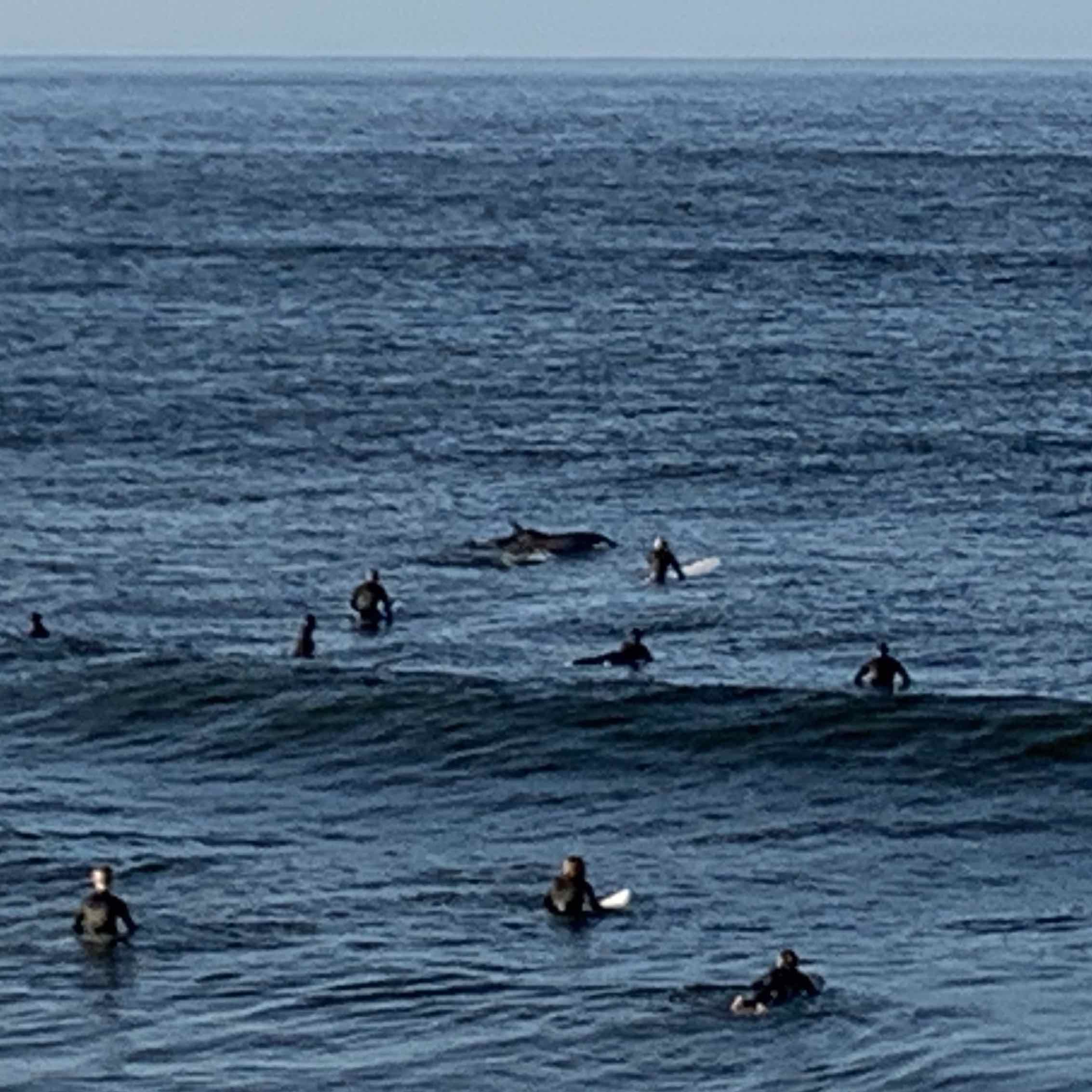 The question of access to beaches has been a contentious one in the midst of state and local stay-at-home orders during the coronavirus pandemic. Governor Gavin Newsom clashed with local authorities in Orange County, who had kept beaches open for recreation throughout the pandemic, drawing large numbers of people on a particularly hot weekend in late April. San Diego County allowed beaches to reopen last Monday, with discretion allowed for local authorities to close them.

Surfers in Los Angeles never really disappeared, but they tended to be active in the early morning, before police arrived.

The Los Angeles Times reported that beaches in the county would be open for recreation, but not sitting or sunbathing: “Permitted activities will include running, walking, swimming and surfing. Group sports like volleyball are prohibited.”

Los Angeles Mayor Eric Garcetti scrambled Tuesday afternoon to contain the damage after a county official announced that stay-at-home restrictions would be extended for three months.