In Poznan, Warsaw, Wroclaw, Krakow and other cities, protesters burst into churches while service were taking place, “confronting priests with obscenities” and spray-painting churches with slogans and phone numbers of abortion providers, Associated Press (AP) reported.

Last Thursday, Poland’s Constitutional Tribunal struck down a provision permitting doctors to abort fetuses on the grounds of congenital defects such as Down syndrome, ruling that the law violated the national Constitution.

In its decision, the court argued that aborting a child because of probable birth defects constituted eugenics, an effort to cull out the weak and undesirable in a society, notoriously practiced by the Nazis against Jews and disabled persons, and by Planned Parenthood founder Margaret Sanger against blacks and minorities in the United States.

Aborting an unborn child because of foreseen defects, the most common reason cited for legal abortions in Poland, violates constitutional protections of the life of every individual, the court ruled in its 11-2 decision. 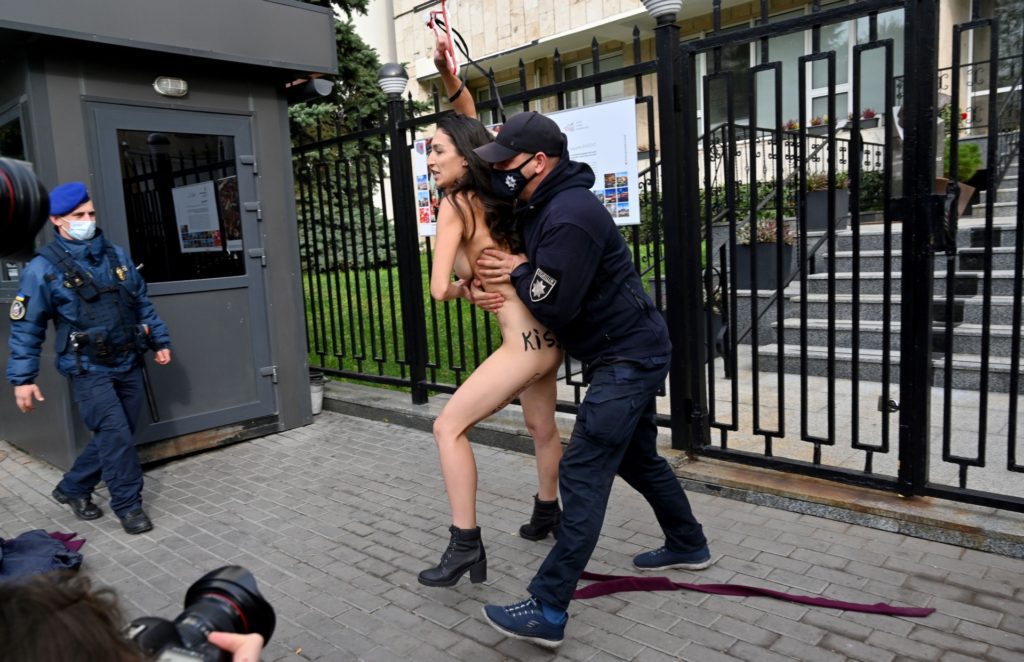 A police officer detains a FEMEN naked activist during an action at the Polish embassy in Kiev on October 26, 2020 in support of Polish women in their right to abortion. (SERGEI SUPINSKY/AFP via Getty Images)

The court also ruled that making an unborn child’s right to life conditional on its health constituted a form of illicit discrimination.

“The position of the Catholic Church on the right to life is unchanged; obscenities, violence and disrupting services as well as profanation are not the right method of action,” Archbishop Gadecki said in a statement. “I ask everyone to express their views in a socially acceptable way.”

“I express my sadness that in many churches today believers have been prevented from praying and that the right to profess their faith has been forcibly taken away,” added the archbishop, whose own cathedral was among the churches targeted by protesters.

The archbishop noted that it is the high court and not the Church that decides whether laws comply with Poland’s constitution.

“For her part, the Church cannot cease to defend life, nor can she fail to proclaim that every human being must be protected from conception until natural death,” he said. “On this point, the Church, as Pope Francis often says, cannot compromise, because it would be guilty of the culture of rejection that is so widespread today, always affecting the most needy and vulnerable.”

“I am asking all the faithful for prayers for unborn children, for parents expecting children, and for the conversion of those who use violence,” he said. 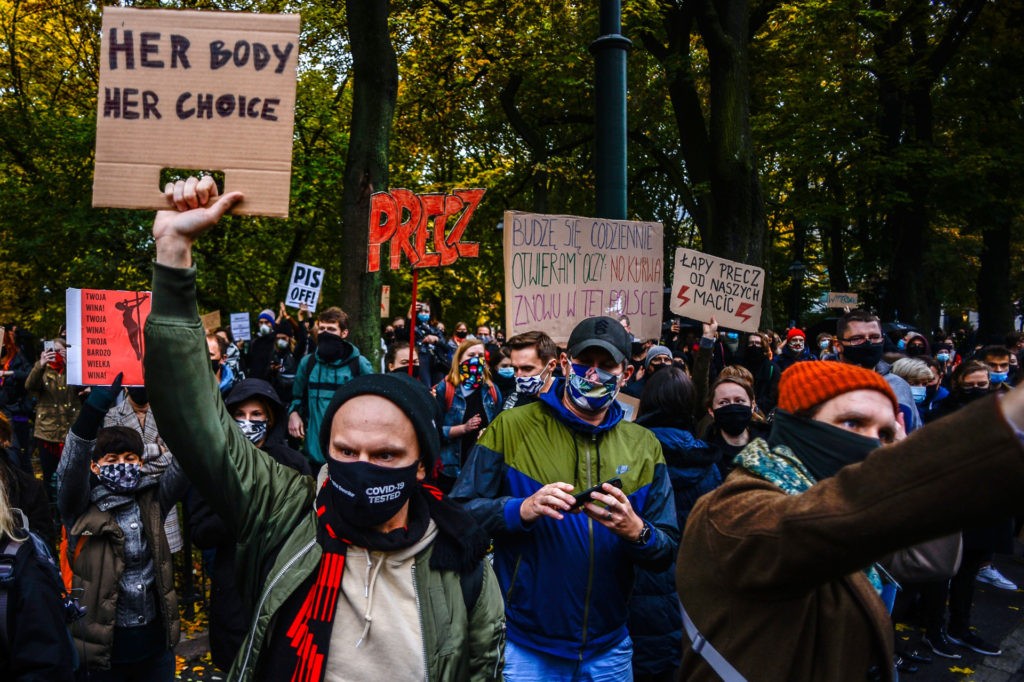 A man wears a protective face mask and holds a banner as he protests for the fourth day against the Constitutional Court ruling on tightening the abortion law in front of Krakow’s Archbishop’s Palace on October 25, 2020 in Krakow, Poland. Last Friday, the country’s Constitutional Tribunal ruled in favour of a ban on abortions in cases of fetal defects, tightening Poland’s restrictive abortion laws even further. The decision means that abortions will only be permitted in cases of rape, incest or when the mother’s health is at risk. (Omar Marques/Getty Images)

Polish president Andrzej Duda voiced his approval of the court ruling on Friday.

“I have said it many times and I have never concealed it, that abortion for so-called eugenic reasons should not be allowed in Poland. I believed and believe that every child has a right to life,” he said.

In Poland, abortion will remain legal in cases of rape or incest and risk to the mother’s life.