For the first time in more than a decade, apprehensions of illegal aliens this calendar year is likely to surpass one million.

The humanitarian and public safety crisis at the border seems to worsen by the day, with the Border Patrol recently reporting that in a two-day period, they apprehended 12,000 illegal aliens.  And now there’s news breaking that the “Mother of all Caravans” is on the way, with estimates of its illegal alien participants as high as 20,000.

Now imagine that in the middle of all of this chaos, two senior senators on the committee with jurisdiction over immigration introduce a bill that would grant amnesty to millions of illegal aliens while doing nothing to stop the current surge at the border. Unfortunately, there’s no need to imagine that situation, because that’s exactly what happened with the recent introduction of the DREAM Act of 2019.

This amnesty bill — reintroduced by Gang of Eight leaders Sens. Lindsey Graham (R-SC) and Dick Durbin (D-IL) — would provide a pathway to citizenship to roughly 3.5 million illegal aliens. But the consequences don’t stop there. The bill fails to prohibit beneficiaries from sponsoring their family members — like the parents that brought them here — for citizenship, and it does not subject illegal aliens to any penalties for their current unlawful presence. Additionally, the program’s meager requirements will undoubtedly open the program to widespread fraud; and ultimately, cost American taxpayers billions. Not to mention that it incentivizes the future illegal immigration of tens of thousands of family units and unaccompanied minors that continue to stream across our border. 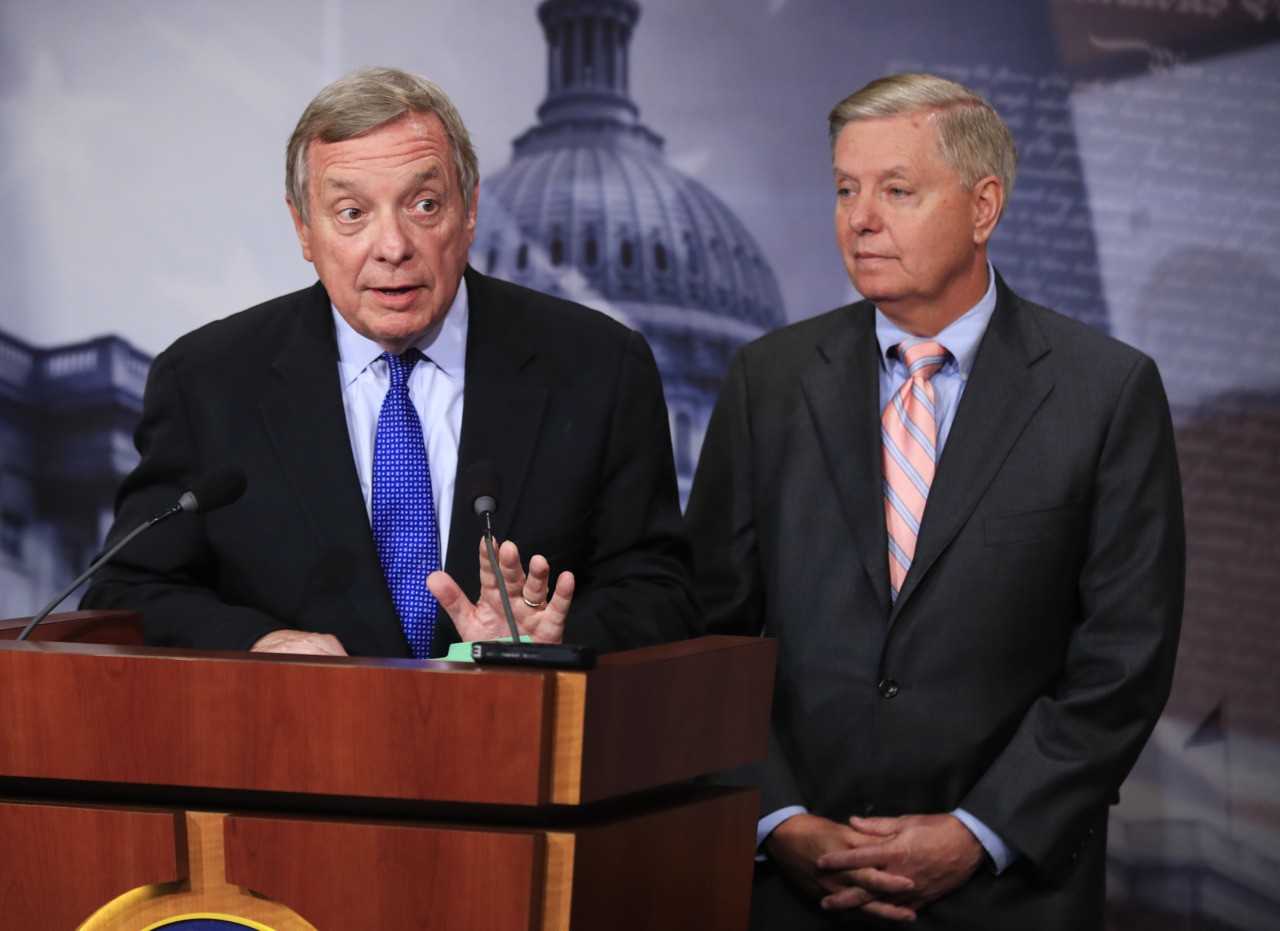 The only thing worse than the bill itself is the timing of its introduction.

In the past three months alone, the federal government has been forced to release more than 108,000 illegal immigrants into the interior of our country because detention facilities are at maximum capacity. On March 19, Customs and Border Protection (CBP) officers and agents apprehended 3,974 illegal aliens, marking the highest number in a single day since President Trump took office. Of course, as the weather moves into warmer months, these numbers will only rise.

In fact, there are now news reports revealing that the “Mother of all Caravans” is forming in Honduras and is gathering as many as 20,000 individuals from Honduras, El Salvador, and Guatemala. If caravan history is any indication, these individuals will lawfully present themselves as at U.S. point of entry and claim credible fear, which is the first step to asylum. Even though nine out of ten asylum claims are not granted by a federal judge, there is already an overwhelming asylum backlog of nearly 800,000 cases — before this caravan even arrives. By the time a judge has dismissed their claims and ordered removal, most will be long gone.

It is also worth noting that Sen. Lindsey Graham is no longer a rank-and-file senator in the Republican Party. Now, he serves as chairman of the Republican-led Senate Judiciary Committee. As such, he should be acting as the firm hand guiding the upper chamber’s immigration priorities.

When it comes to immigration policy, the focus must be on securing our borders, ending asylum abuse, and closing legal loopholes that are contributing to the surge of unaccompanied minors and family units from Central America. As the border crisis rages out of control, the DREAM Act doesn’t even pretend to address the concerns of the American people.

Dan Stein is president at the Federation for American Immigration Reform (FAIR).