ROME — Pope Francis launched an appeal for migrants Sunday, insisting that when we think of migrants we should think of their suffering.

After having met with members of associations and groups of migrants Saturday, the pope welcomed them in his midday Angelus address in Saint Peter’s Square and urged his hearers to open their hearts to migrants.

“How many migrants are exposed, even in these days, to very serious dangers, and how many lose their lives at our borders!” the pontiff exclaimed. “News of the situation in which so many of them find themselves pains me: those who died in the English Channel; those on the borders of Belarus, many of whom are children; those who drown in the Mediterranean.”

“So much pain thinking about them,” he added.

“Or those who are repatriated to North Africa and are captured by traffickers, who turn them into slaves: they sell women, torture men,” he continued.

“Or those who, even this week, they tried to cross the Mediterranean looking for a land of well-being and instead finding a tomb there, and many others,” he said. 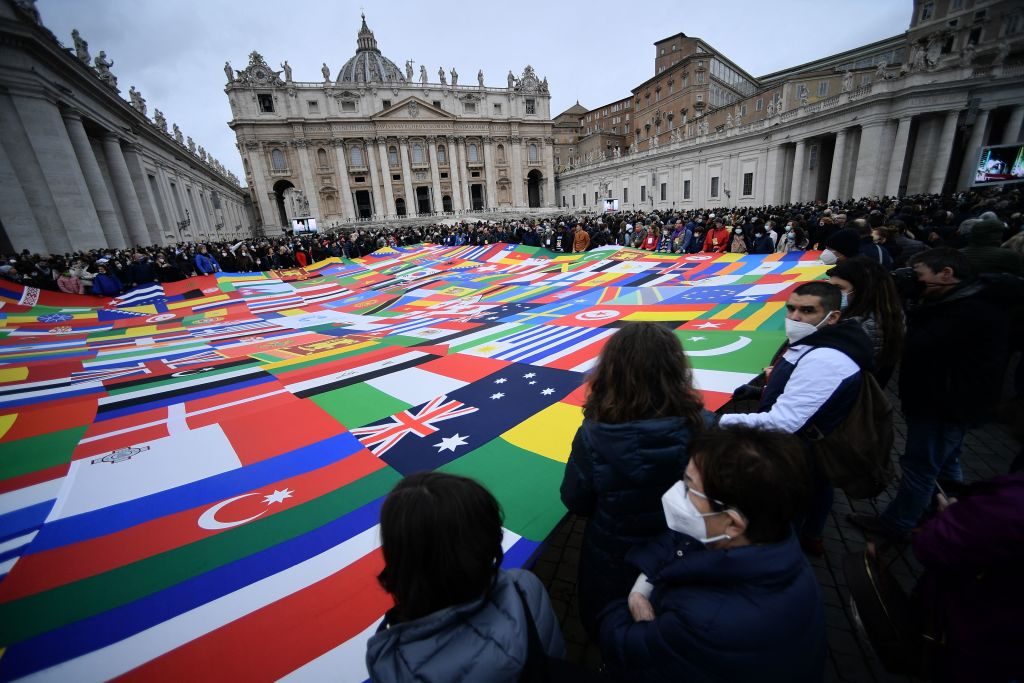 Attendees hold a banner made of the world flags as Pope Francis delivers a prayer for the migrants during the Sunday Angelus prayer from the window of his study overlooking St.Peter’s Square at the Vatican on November 28, 2021. (FILIPPO MONTEFORTE/AFP via Getty)

“To migrants who find themselves in these situations of crisis, I assure you of my prayers, and also of my heart: know that I am always close to you,” he said.

The pope went on to recognize those who work trying to assist and resettle migrants, while urging authorities to do more for them.

“I thank all the institutions of both the Catholic Church and elsewhere, especially the national Caritas and all those who are committed to alleviating their suffering,” he said.

“I renew the heartfelt appeal to those who can contribute to the resolution of these problems, in particular to civil and military authorities, so that understanding and dialogue finally prevail over any kind of exploitation and direct the will and efforts towards solutions that respect the humanity of these people,” he concluded, before inviting his hearers to offer a silent pray for migrants. 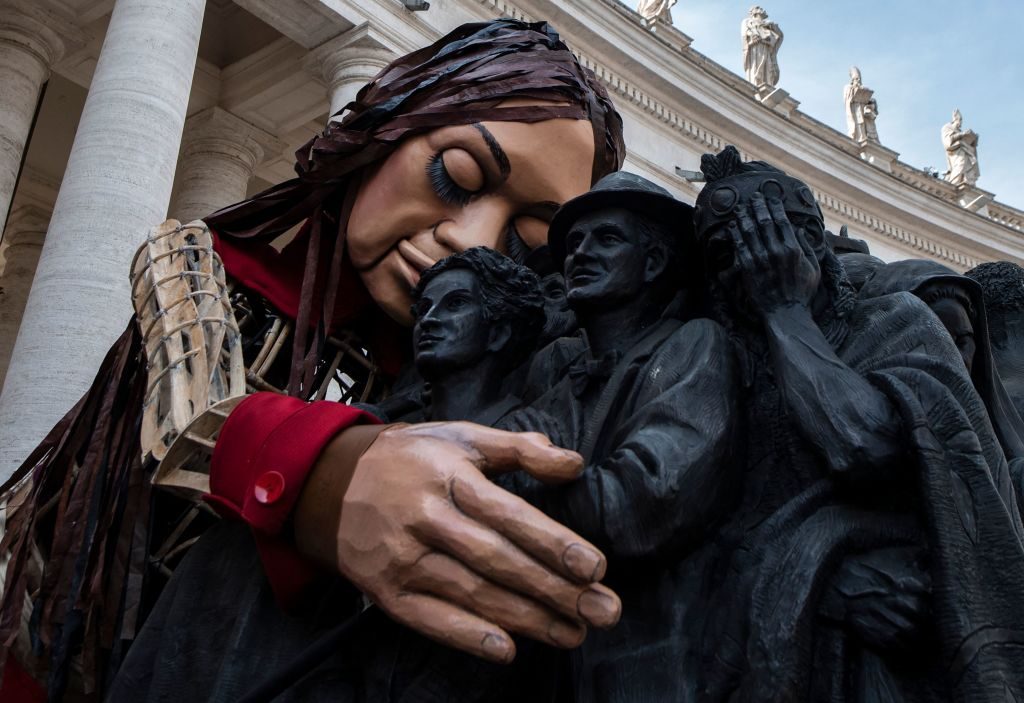 Next Thursday, Pope Francis will leave on a 5-day trip to Cyprus and Greece, where he will also focus on the issue of immigration.

The last time Francis went to the Greek island of Lesbos he brought back a dozen Muslim migrants to Rome with him in the papal plane. This time, he has arranged to have 50 migrants from Cyprus relocated into Italy to mark his journey.