Members of the “Democratic Unity Roundtable” (MUD) a coalition of anti-establishment socialist parties in Venezuela, announced Tuesday they would field candidates in dictator Nicolás Maduro’s proposed regional elections on November 21.

In doing so, the MUD – a longtime staple in the Venezuelan opposition – will legitimize the elections by claiming to offer a true alternative to the Maduro regime. It has also sidelined the legitimate president of the country, Juan Guaidó, who appeared to oppose participation in the elections Tuesday, condemning Maduro for celebrating the MUD endorsement of his regime. 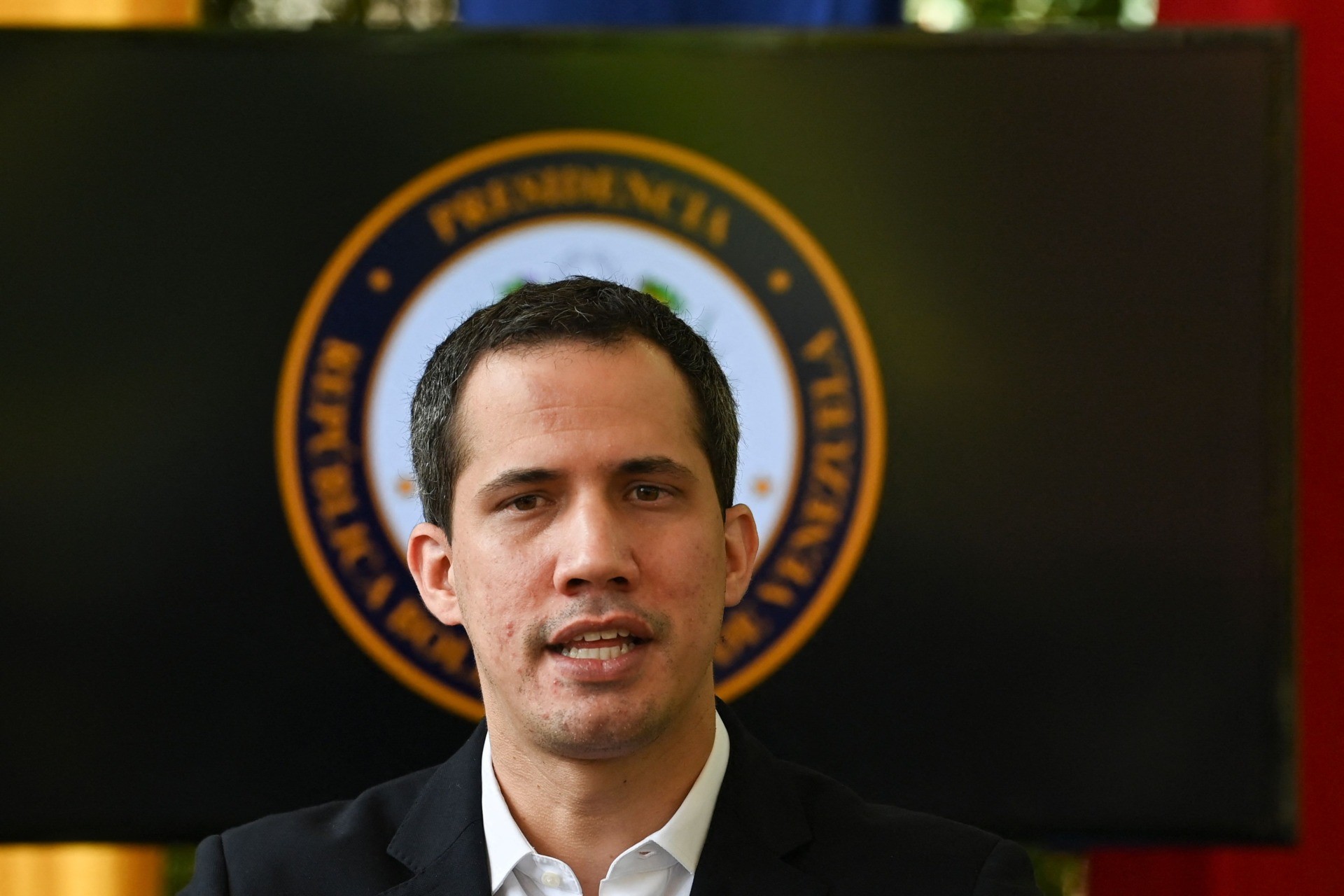 Venezuelan opposition leader Juan Guaido speaks during a press conference at the Morichal Park of the Prados del Este neighborhood, in Caracas on May 19, 2021. (YURI CORTEZ/AFP via Getty Images).

The Maduro socialist dictatorship, led by the late Hugo Chávez’s United Socialist Party of Venezuela (PSUV), has a prolific history of holding fraudulent elections in the past decade, most of them marred by extreme violence towards and intimidation of voters, corruption at the National Electoral Council (CNE), and the banning of authentic, non-socialist opposition candidates.

“We thought it through well before participating but we definitely took a step forward and we will participate,” Henry Ramos Allup, the leader of the Democratic Action party (a MUD member) and vice president of the Socialist International, said Tuesday. “Whether we win or lose, we will be present to make the point that a democratic Venezuela is alive.”

Ramos attempted to claim that such participation was not a vote of confidence for the CNE – the body that manages elections in Venezuela – stating that the regime-controlled ballot box was merely “a useful terrain for struggle.”

“Before whom am I going to denounce the violation of my constitutional rights? Well, before the ones violating and holding them hostage,” Ramos asserted. “If the regime violates my rights, I have to establish a process of interlocution with those who violate my rights because I want them [the rights] back.”

The denials did not prevent Maduro from taking to national television to celebrate what he asserted was a clear vote of confidence from not just the socialist opposition parties, but regular people in the country who did not support the PSUV. Maduro welcomed the Ramos statement as a “great victory” for his rule and “popular sovereignty,”

“When the candidates of Manuel Rosales, Ramos Allup, Juan Guaidó, Henrique Capriles are signing up at CNE headquarters,” Maduro noted, naming several current and former members of the MUD coalition, “at that moment they are recognizing the legitimacy of the CNE elected by the National Assembly installed on January 1 – in that act they are [also] recognizing the Assembly.”

“The November 21 elections are a total victory for political, democratic, and inclusive chavista culture in power,” Maduro exclaimed.

Guaidó – notably absent from the MUD announcement – rejected Maduro’s victory lap Wednesday and appeared not to endorse the decision to go to elections.

Guaidó became president in January 2019 after Maduro’s last legal term ended; lawmakers have the constitutional power to appoint an interim president in the event of a “rupture in the democratic order” as per the Venezuelan constitution. Guaidó, formerly of the socialist Popular Will party, has failed to enact any presidential powers since his appointment, however, as Maduro controls the nation’s armed forces. His inaction has led to the vast majority of Venezuelans not recognizing his legitimacy but he retains recognition as the legitimate president in most of the free world. 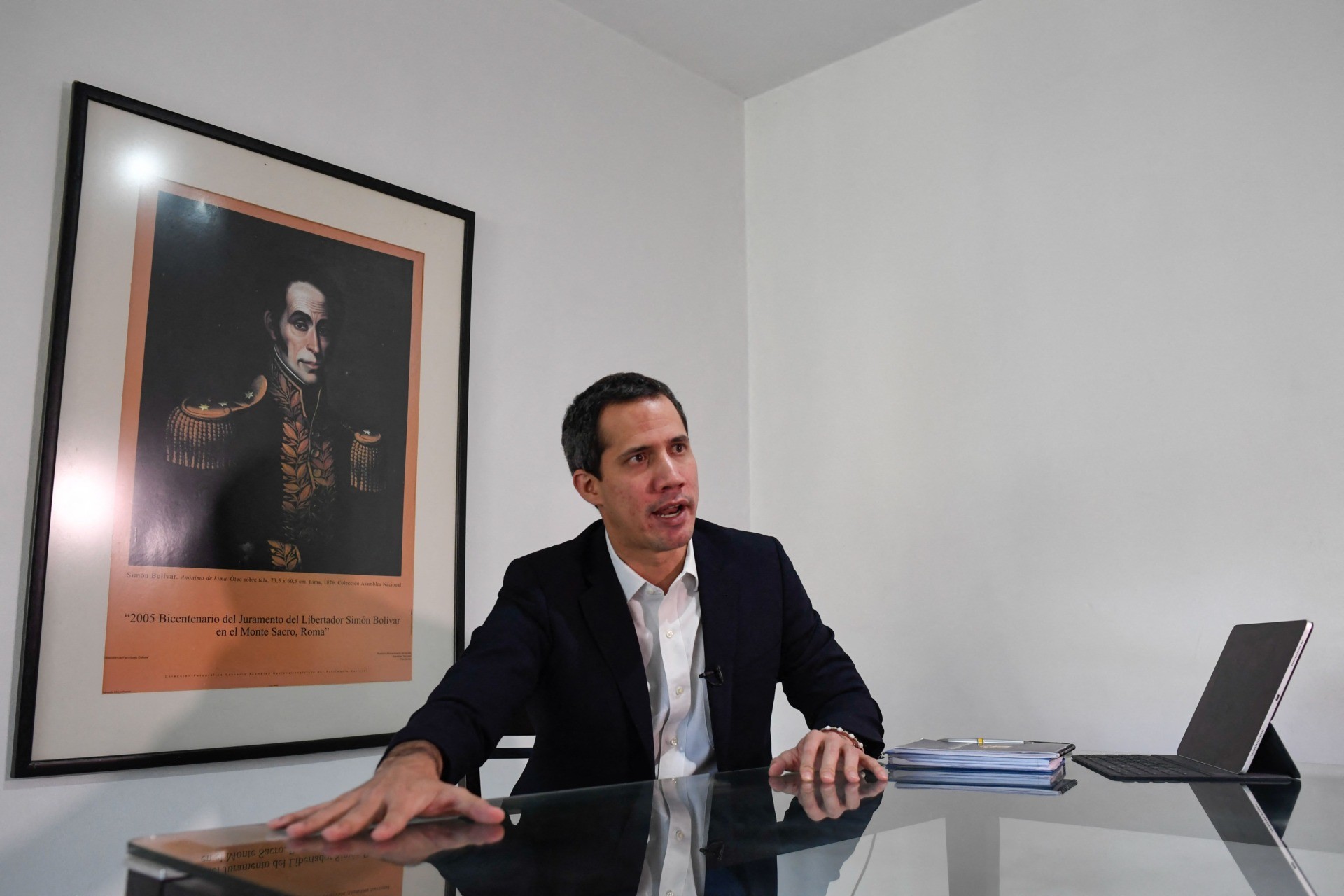 Venezuelan opposition leader Juan Guaido gestures as he speaks during an interview with the AFP at his home in Caracas on August 25, 2021. (Photo by Federico PARRA / AFP) (Photo by FEDERICO PARRA/AFP via Getty Images)

Despite this, Guaidó did not participate in the MUD announcement and has not at press time endorsed participation in the elections. On the contrary, Guaidó asserted on Wednesday in a Twitter statement that Venezuela “today does not have conditions or guarantees for a free and fair election” regardless of who participates. While not endorsing the participation in the elections, Guaidó did endorse, and is believed to be playing some role in, “negotiations” between the Maduro regime and representatives of the alleged opposition currently underway in Mexico.

“You do not have, and you will not have, recognition,” Guaidó said in his public statement to Maduro. “The only thing that will give you that is a presidential election that you refused to hold and that you flee from today.”

“Those who decided to participate [in elections], and those who did not, are struggling for liberation and democracy, to escape tragedy on the streets or in Mexico,” Guaidó concluded.

Guaidó had excluded himself from those supporting regional elections in November in remarks in July.

“There are no conditions today to call the event that the dictatorship is calling for on November 21 an election,” Guaidó said at the time.

Guaidó has spent much of his tenure as president attempting to negotiate with the Maduro regime, even as he often denied he would do so. In May 2019, four months after the constitutional process that granted him the presidency, Guaidó announced talks with Maduro cronies mediated by Norway. At the time, he insisted that the talks were “mediation … not a negotiation.” Guaidó never clarified the difference.

He has since launched talks in Sweden, Barbados, and other far-flung locations that have yielded no significant change in the current political status of Venezuela. Most recently, Guaidó admitted he had reached out to the Maduro regime to discuss the Chinese coronavirus pandemic.