Multiple human rights organizations expanded existing complaints at the International Criminal Court and United Nations against Cuba this week with over 1,000 testimonies from individuals formerly enslaved by the regime in fields as diverse as medicine and seafaring.

Cuban Prisoners Defenders, in conjunction with the Center for the Opening and Development of Latin America (CADAL) and the Patriotic Union of Cuba (UNPACU), the largest dissident organization on the island, debuted their research this week, cataloging 1,111 cases of Cuban citizens that the state forced into working internationally only to confiscate the vast majority of their salaries. Witnesses testified to human rights crimes such as having their passports confiscated abroad to prevent them from leaving their “missions,” widespread sexual harassment, grueling work hours despite the lack of pay, and constant threats against their persons and their families from the state.

In all of the cases documented, the individuals have been subjected to what has come to be known as the “eight-year rule,” which bans defectors from entering Cuba for at least eight years. In those eight years, the defectors lose all their property on the island and are forcibly severed from ties to their families, including their children in cases where the slaves have left small children behind.

The Cuban doctor slave trade — in which the Communist Party sells doctors, nurses, and other health workers to friendly countries as slaves and forces them to engage in political propaganda and falsify medical records — has been documented for years. The new report, titled “1,111 Cuban Professionals vs. Cuban Government: Cuba’s Internationalization Missions,” breaks new ground by documenting slavery in a variety of other industries, including “teaching, marine, engineering, art, music and architecture services.” 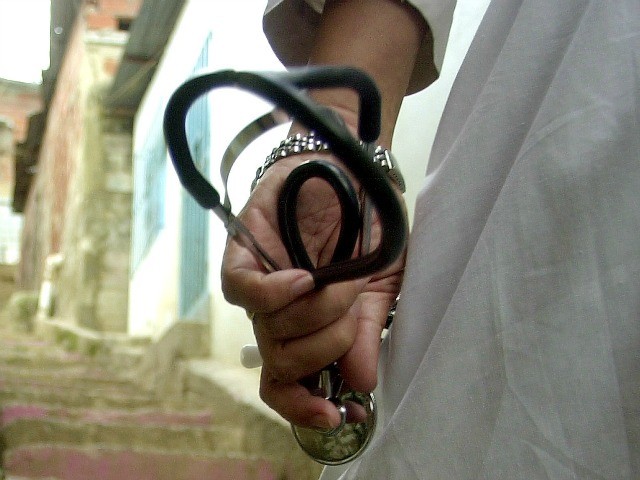 Holding her stethoscope, the Cuban doctor, Vivian Iglesias climbs stairs to visits her patients in the shantytown of Resplandor in Caracas, Venezuela, on July 15, 2003. Iglesias is one of 1,000 Cuban doctors working and living in Venezuelan slums in a project sponsored by President Hugo Chavez’s revolution for Venezuela’s poor. (AP Photo/Fernando Llano)

“Between 50,000 and 100,000 Cuban workers abroad suffer these conditions,” the report revealed. “More than 35,000 related to medical missions, more than 7,000 related to the seamen’s service, but many thousands of other civilians employed in the most diverse sectors (art, sports, teaching, engineering, architecture and many other sectors).”

Cuba law mandates that the vast majority of the salaries of these workers go to the communist regime. It also micromanages their lives abroad and significantly infringes on the freedoms of their families. Women enslaved by the Castro family are forced to return to Cuba to give birth no matter where in the world they are in order to prevent women from giving birth to a foreign national and potentially seeking residency elsewhere.

The human rights groups also found, through interviews with the victims, that 68 percent of the workers recruited do not get to see the contracts between the Castro regime and the companies “hiring” them — where the companies agree to pay the government directly — before beginning their work.

The report documents 44,589 human rights violations punishable by international law and lists 82 countries where these violations have occurred, including nations as distant from each other as China, Ukraine, Malta, Mexico, Vietnam, and Italy.

Among the most shocking cases detailed in the report is that of Cubans forced to work for the luxury cruise company Malta Seafarers Company (MSC) Limited. MSC, the organizations allege, would allegedly sign agreements with the Cuban government in which it would pay Havana 80 percent of each workers’ base salary directly. The contract imposed a $10,000 fine on MSC for “each Cuban who escapes,” strongly implying that the labor negotiated for was not voluntary. 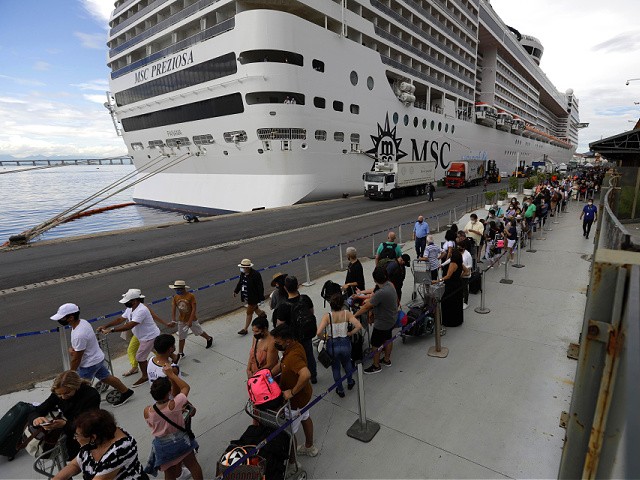 Every Mediterranean country where the ships would dock, the defectors said, allowed the Cubans to enter without their passports so long as they were clearly in the employ of MSC, including European Union nations. The only exception was Croatia, where the government “refused to let them go down to its territory without a passport and demanded that they let them have their passport.”

The report implies that many more tourism- and luxury-adjacent industries are part of Cuba’s “mission” program, benefitting from slavery. It noted that the head of SELECMAR, the Cuban state-owned company contracting with MSC, admitted to Chinese state media recently that American sanctions on the Cuban tourism sector had “prevented the recruitment of 3,500 more seafarers in slave labor in 2019 and 2020.”

As many as 100,000 Cubans are trapped in slave programs, the report estimates, and the regime has blocked as many as 40,000 Cuban parents from seeing their children for eight years as a result of defection. All 1,111 individuals whose stories are compiled in the study have been subjected to eight years of exile.

Slave “missions,” the human rights groups assert, bring the Castro regime more money than any other endeavor, raking in an estimated $8.5 billion in 2018. The missions may be even more important to funding the Cuban Communist Party in light of the collapse of the tourism industry on the island as a result of the Chinese coronavirus pandemic.