Santa Monica Police Chief Cynthia Renaud will retire early October 25, after over 60,000 people signed a petition calling for her removal for her department’s failure to protect the coastal town from riots on May 31.

On that fateful Sunday afternoon, hundreds of left-wing protesters marched along Ocean Boulevard to the iconic Santa Monica Pier in a “Black Lives Matter” protest.

As police patrolled the demonstration, looters and rioters arrived at the Santa Monica Place mall, one block inland. They rampaged through the stores, smashing windows and stealing whatever they could carry. In the adjacent streets of downtown Santa Monica, masked hangs would smash store windows with skateboards and other blunt objects, allowing looters inside. One store was spared, temporarily, because an armed volunteer turned away would-be looters. When he left, they returned.

Vandals tagged buildings — including the courthouse and the public library — with anti-police graffiti.

There were roughly 400 arrests that day, but no charges were pressed.

Breitbart News visited the area the morning after the riots, and found shocked residents cleaning up the damage: 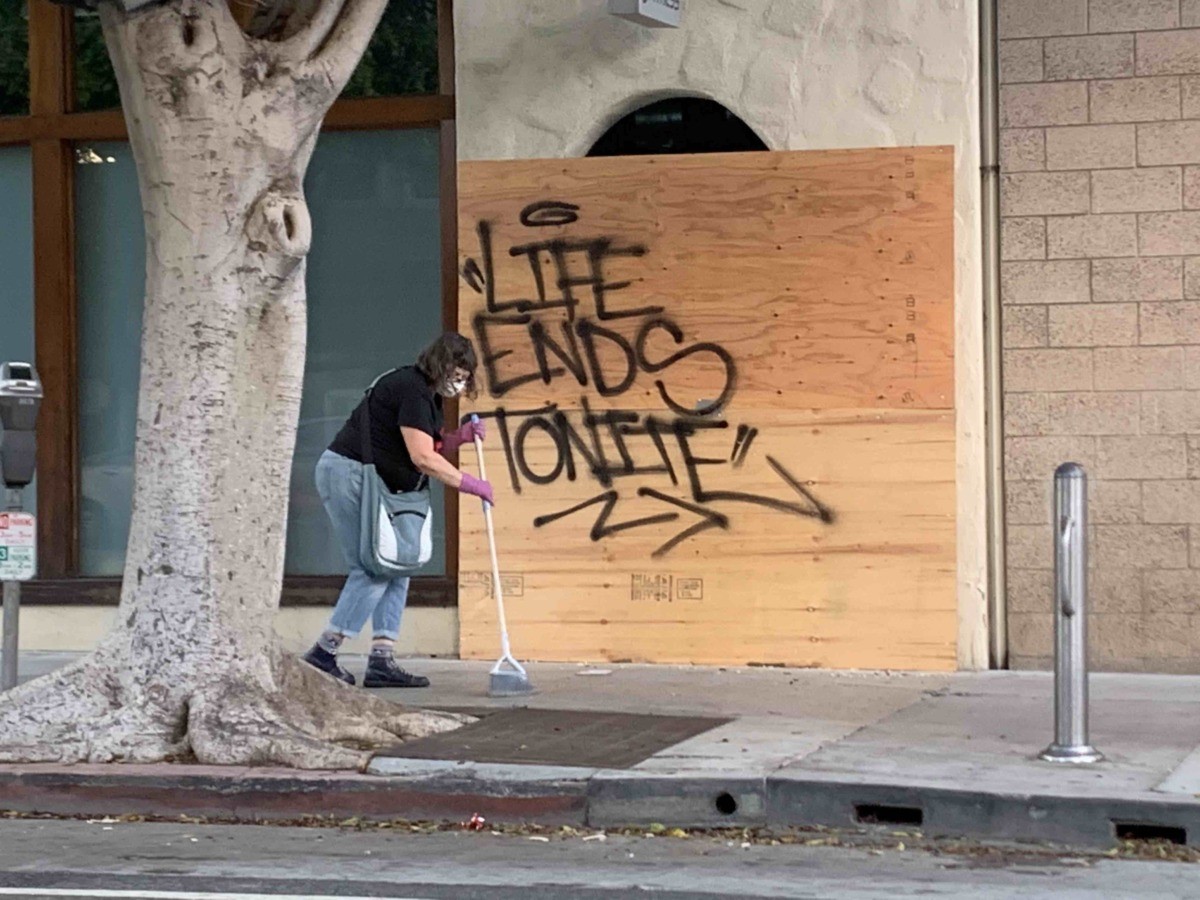 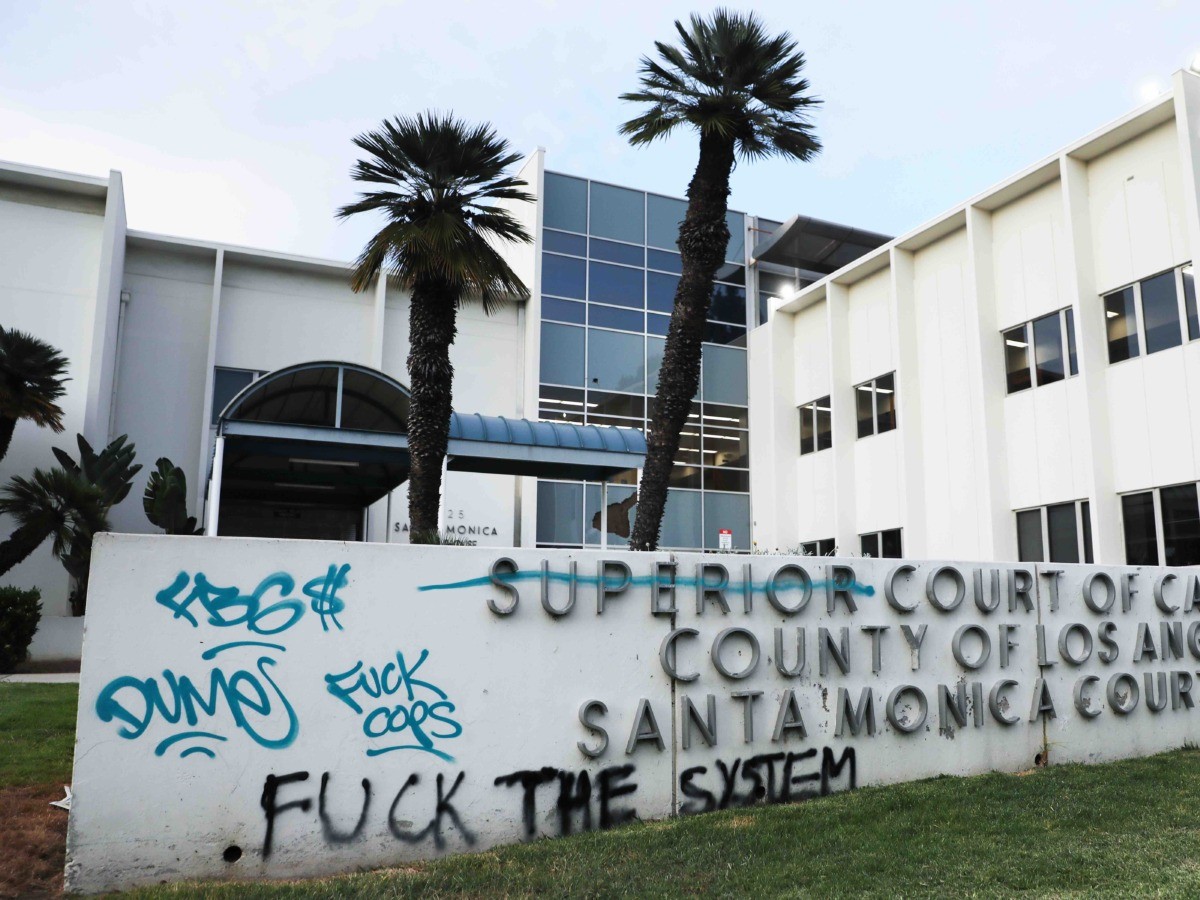 Many stores in downtown Santa Monica, devastated by the coronavirus shutdowns, remain boarded up today.

In the immediate aftermath, Chief Renaud wrote an open letter to the community:

Sunday, May 31st is an unforgettable moment in Santa Monica history. On that day, peaceful protestors raised their voices against the killing of George Floyd. Sadly, a much smaller group of people with criminal intentions caused terrible damage to our community by looting and burning. The images of vandalism in our downtown business district, and specifically along our 4th Street corridor, will never be forgotten.

My first responsibility is to protect the lives of people in our community, and on Sunday, my priority was preservation of life and protection of the city.

We deployed our own assets and our mutual aid resources as they arrived towards that primary objective. But even with the help of our mutual aid partners, we realized we would not be able to save every storefront and every business. While we secured many sections of the downtown area and important community assets, every broken window, fire, and loss of goods hurts us and our community.

Broken windows can be replaced and buildings can be repaired, but the lives of Santa Monicans, peaceful protestors, my officers, and even the looters, would have been impossible to restore if lost that day.

That was not enough for many residents and critics. As of Tuesday afternoon, 66,362 people had signed a petition at change.org calling for Renaud’s removal.

Her departure comes after significant criticism of the department’s response to protests and looting in the city. Large groups of criminals flooded Santa Monica in May following a peaceful protest for racial justice. While significant looting occurred in the Downtown area, SMPD deployed officers to confront ongoing protests including the use of tear gas and rubber bullets. Eventually, National Guard troops were called in to restore order.

Renaud will be replaced by former Chief Jacqueline Seabrooks, who will come out of retirement to serve in an interim capacity.