An act of vandalism against a luxury campsite and an hours-long police search for a missing 17-year-old woman marred the closing days of the annual Burning Man festival in Black Rock City, Nevada this week.

The annual event — which draws upwards of 60,000 revelers into the desert each year to camp, hang out with friends, hear live music and party for a week — ended on Monday, but not before a group of so-called “Burners” vandalized the White Ocean camp, a camp known to host extravagant parties with live performances from top-tier DJs.

“A very unfortunate and saddening event happened last night at White Ocean, something we thought would never be possible in OUR Burning Man utopia,” the group wrote on its Facebook page Thursday.

“A band of hooligans raided our camp, stole from us, pulled and sliced all of our electrical lines leaving us with no refrigeration and wasting our food and, glued our trailer doors shut, vandalized most of our camping infrastructure, dumped 200 gallons of potable water flooding our camp.” 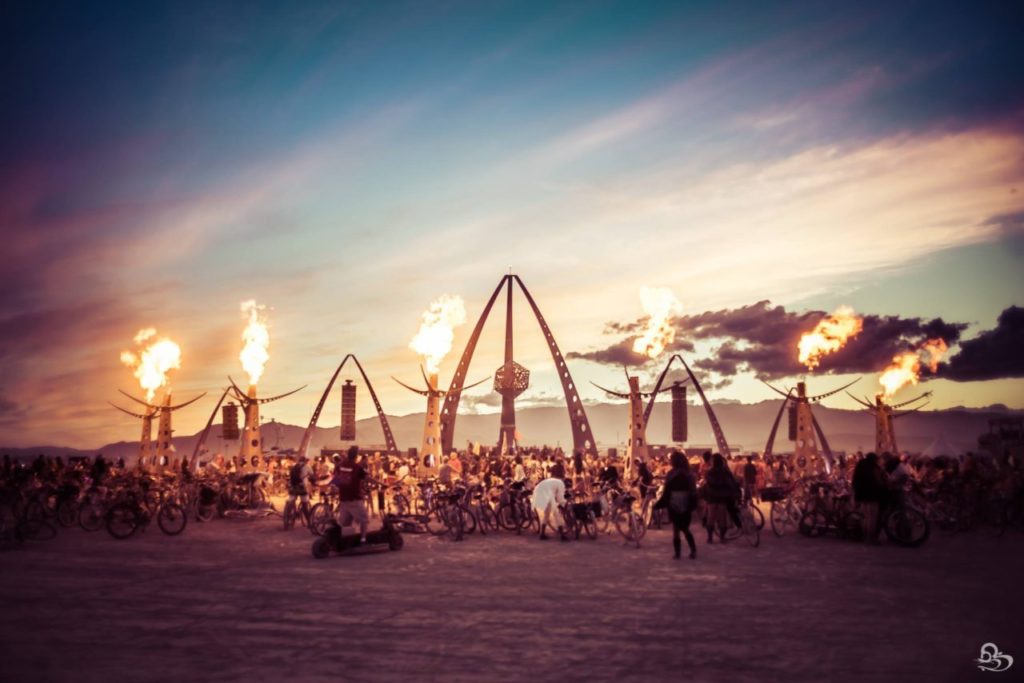 While some festival-goers denounced the attack, others, like Tony Wichowski, appeared to welcome it as a way of “taking back” Burning Man from the deluge of millionaires and billionaires who have increasingly flocked to the festival in recent years.

The White Ocean camp reportedly contacted local law enforcement, who were said to be investigating the vandalism.

Meanwhile, police were also on site Sunday to search for a missing 17-year-old woman.

According to the Reno Gazette-Journal, local police shut down the only road leading out of the festival on Sunday night in a desperate attempt to find the girl, leading departing festival-goers to sit for up to nine hours in gridlocked traffic.

Several Burners reported missing flights due to the traffic jam, and festival organizers advised attendees to wait until Tuesday to leave the festival.

The woman was later found safe inside the makeshift Black Rock City.