TEL AVIV – The Islamic State organization has published pictures taken at an “execution ceremony” for an Iraqi man the terror group says was convicted of engaging in witchcraft and fortune telling.

[WARNING: The Following are EXTREMELY GRAPHIC PHOTOS of the incident.]

The man was dragged to an open plaza at the town of Zab, in Iraq’s Dijleh region, where his verdict was read in front of a live audience, followed by his execution. 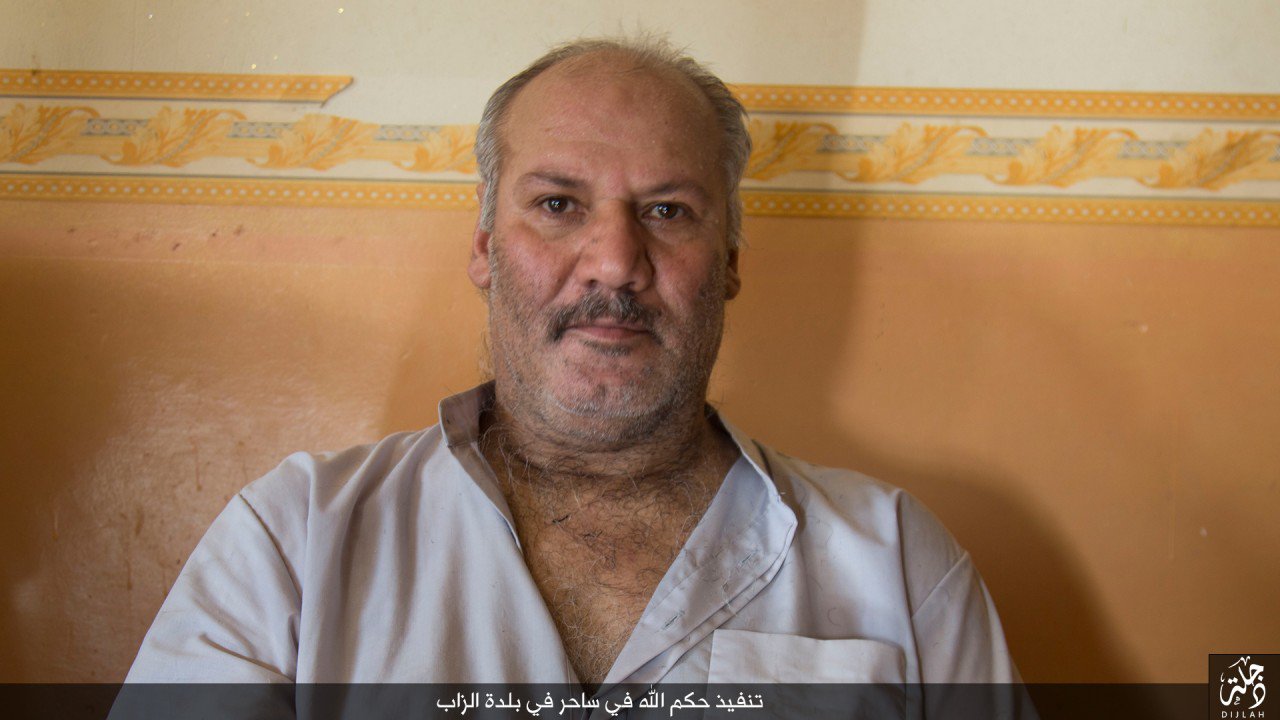 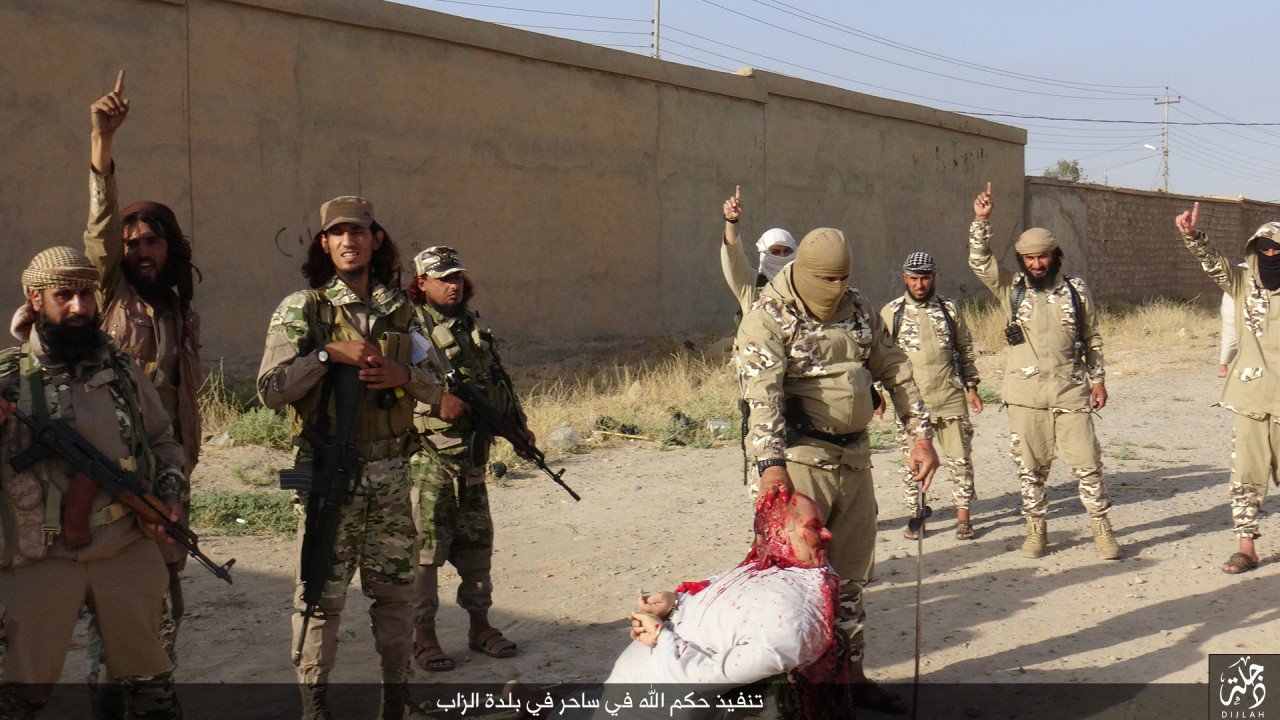 Meanwhile, also in the region, an Iraqi army soldier who was captured by IS fighters in the town of Sharqat was crucified. 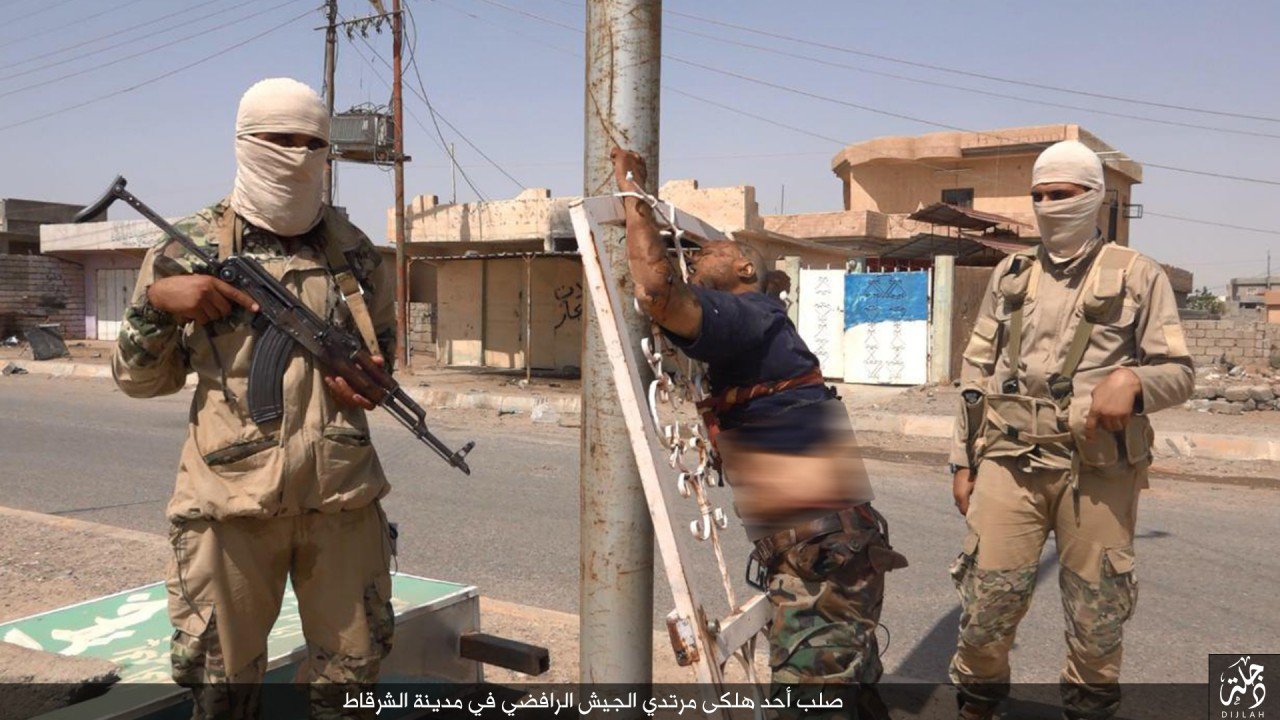 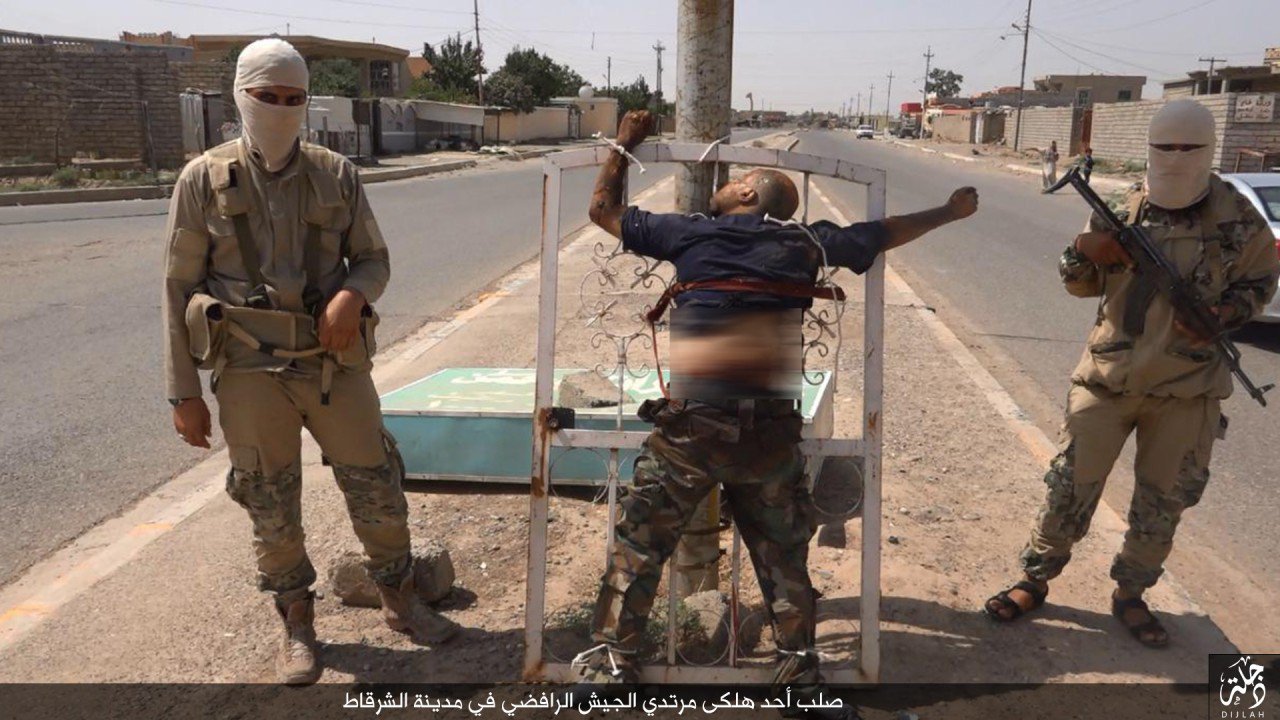 In the organization’s “capital” of Raqqa, in Syria, four suspected collaborators with the Syrian army were executed, also in front of a mob.

The four, who according to IS “gave away information that assisted in the bombing of Muslims,” were dragged to a main plaza and executed. Here, the executioners shot them to death, rather than beheading them. 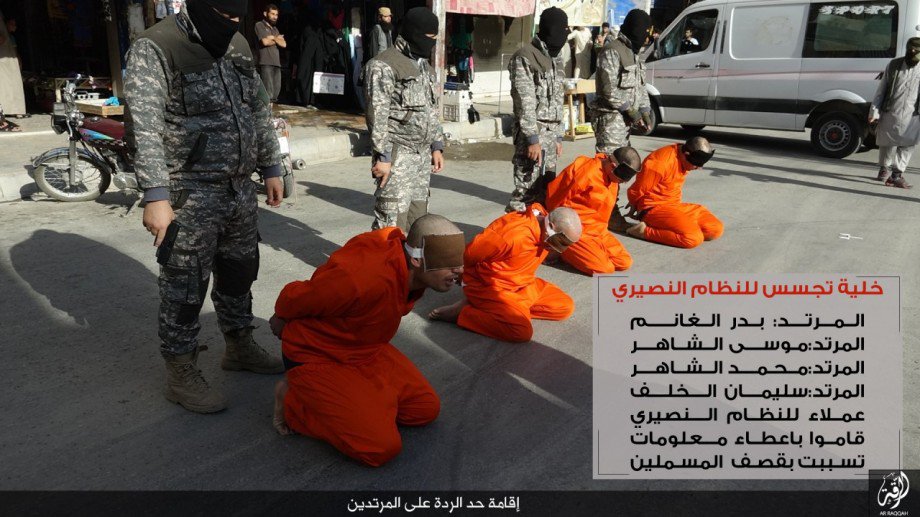 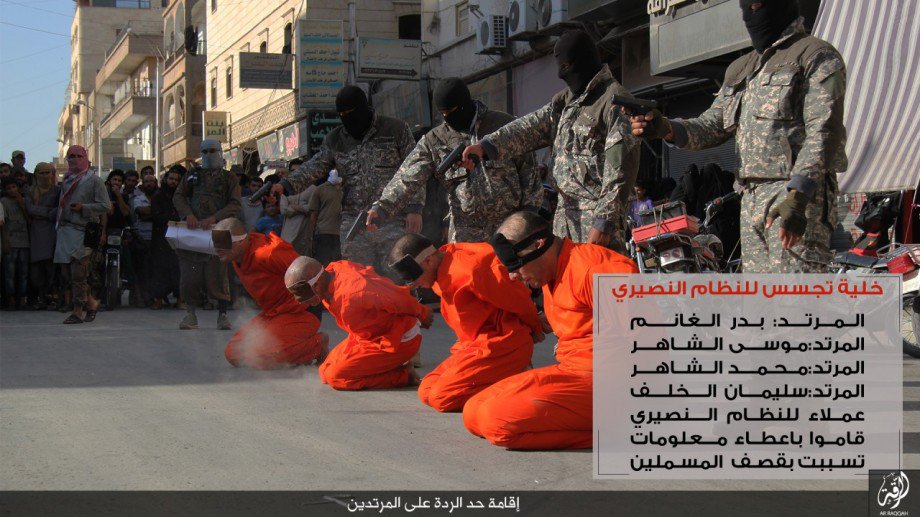 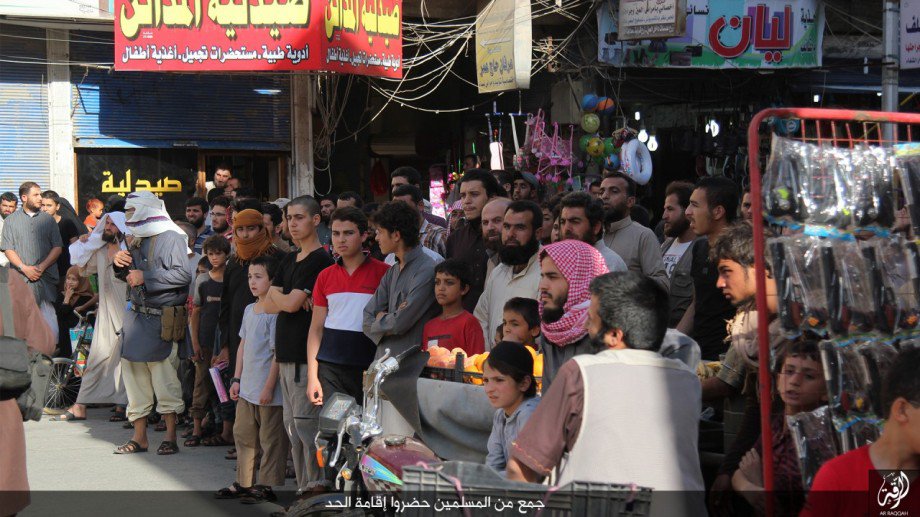 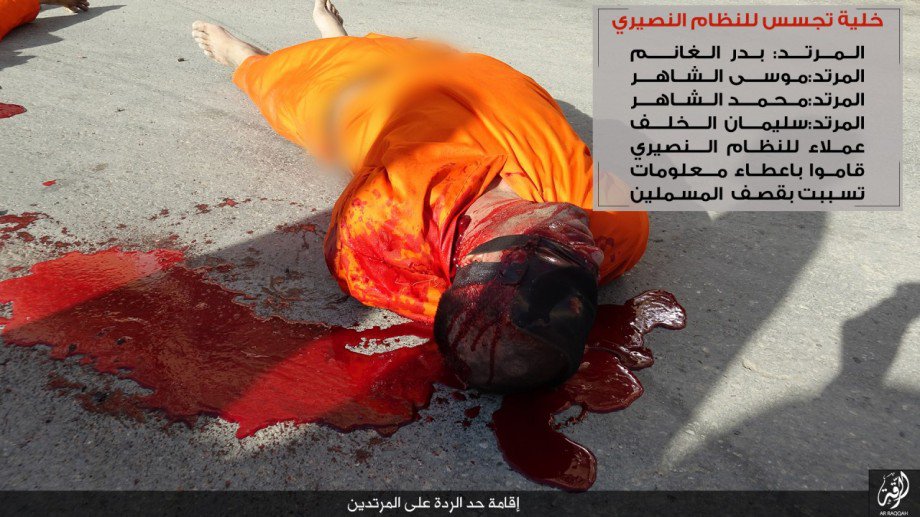 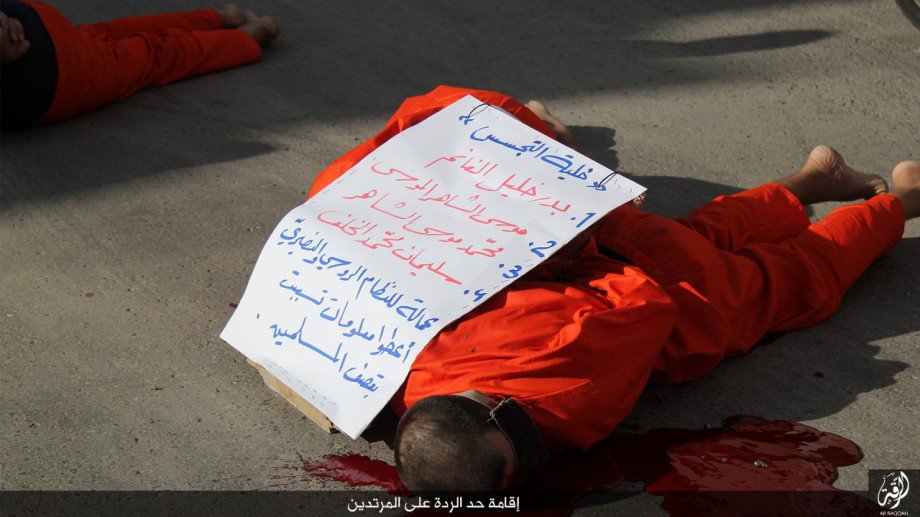 Abu Bakr Almaqdesi, a Palestinian jihadi and former IS fighter who returned to his native Gaza following an injury, told Breitbart Jerusalem that the increasing publication of the organization’s brutal execution ceremonies is unrelated to their recruitment efforts.

“I assume the brothers in the leadership and the communications department have their own considerations and constraints, but they nonetheless do a good job,” he said.

He added that the execution of a witch and fortune teller is done in keeping with Islamic law. According to Sharia, he said, pretending to have the ability to perform magic and see the future casts oneself in Allah’s role. That is not only blasphemy, it’s shirq – polytheism – the worst sin of all under Islam.

“Uneducated people may start believing that he has therapeutic qualities and ability to see into the future,” he said. “Infertile women would consult him about conception – the man took on the abilities reserved only for Allah, blessed be his name.”

He went on to say that sometimes such services are hired for inappropriate purposes.

“He would be hired to separate men from their wives, or cast a spell on someone,” he said.

It’s nonsense, but disbelieving people fall for these things. He, for his part, made money and exploited his clients, some of whom were weak and desolate, of little faith, and they started to believe that there are things that are reserved for Allah that that fraud could do. Execution is a natural punishment for this fraud and anti-Islamic agitator. It’s not only wanting to punish him, but also to deter similar fraudsters from ripping off poor and simple people.