The caption “innocent drawings” accompanied the post on Fatah’s official Facebook page last week, with the explanation that the sketches “express the feelings of children of #Palestine,” Palestinian Media Watch reported.

In one drawing, a figure representing Israel with a Star of David on his shirt is seen eating a human body wrapped in the Palestinian flag with a knife and fork. Blood seeps from the corpse and a glass of blood rests next to the plate. See below: 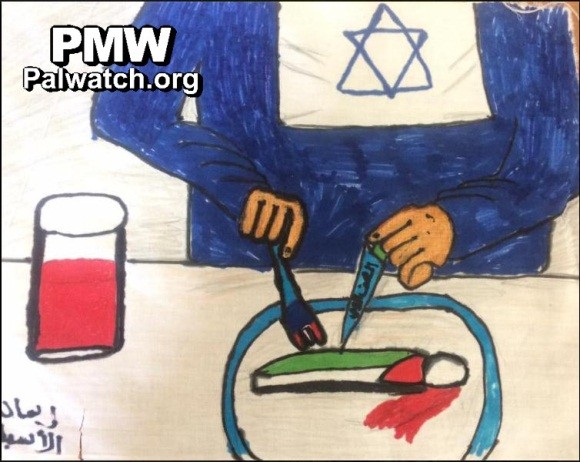 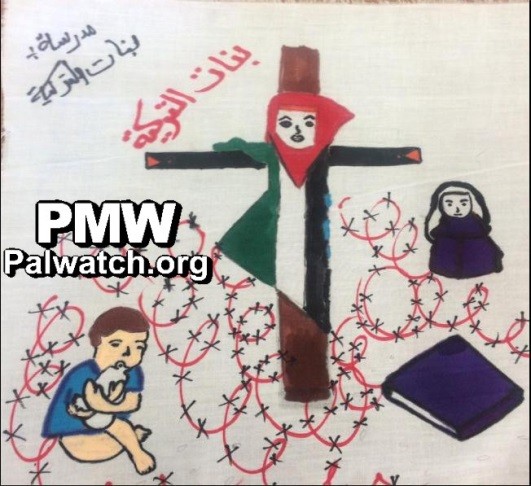 Another drawing features children holding up signs demanding the release of Ahmad Manasrah from an Israeli jail. Manasrah is a child terrorist responsible for stabbing and critically wounding two Israelis, one of them a 13-year-old boy. See below: 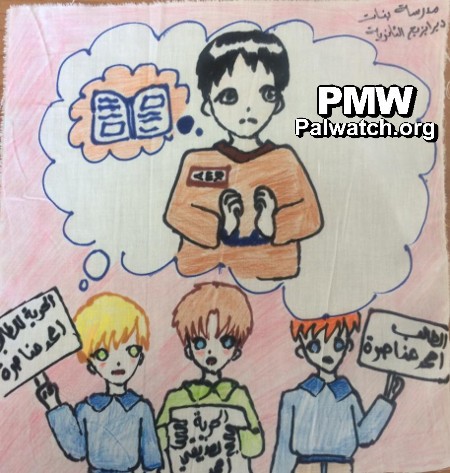 Palestinian terrorists are portrayed by the PA as innocent, unarmed victims of Israeli “summary executions.”

Several other children’s drawings depicted Palestinians brandishing weapons of the “resistance,” including rifles and slingshots.