Hundreds of anti-Israel protesters met Israel’s Ambassador to London on Thursday when he arrived to address students at the School of Oriental and African Studies (SOAS).

Ambassador Mark Regev had been invited by the SOAS Jewish Society and Model UN Society to talk on Middle East peace. More than 450 people registered interest in the protest against him titled Apartheid Off Campus. Pre-publicity described Mr. Regev as “the public face of Israeli barbarism”.

As Mr. Regev arrived, protest groups chanted slogans demanding a “free Palestine” and called Israel an apartheid state. One speaker called Mr. Regev a “war criminal” while another shouted that victims of the Holocaust were “cowards”.

Israel supporters  were on hand to support the Israel envoy and did their best to counter the protest, although at one stage an Israeli flag was stolen and covered in paint in an effort to make it look like it was smeared with blood. 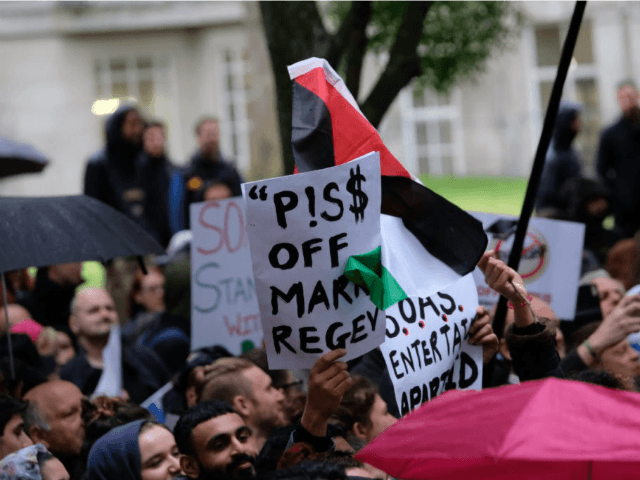 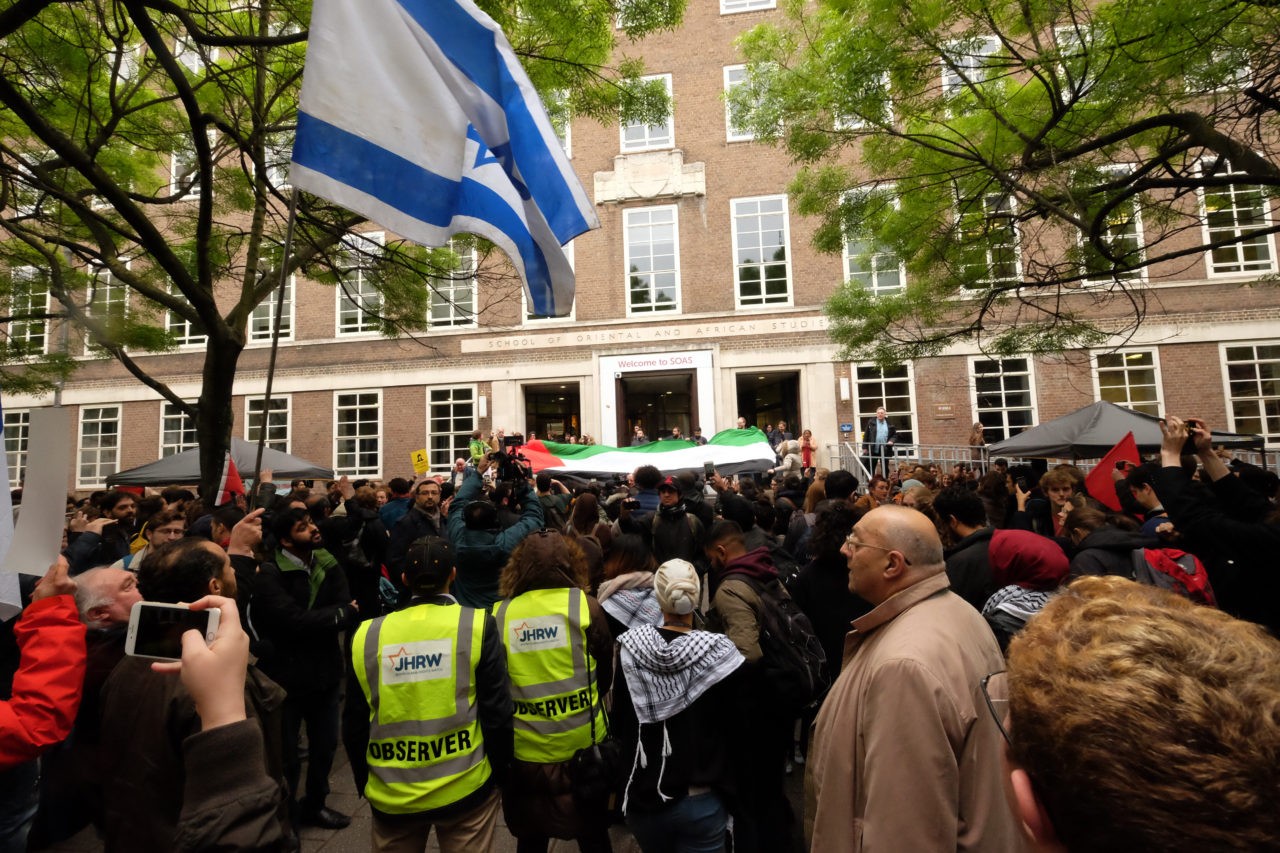 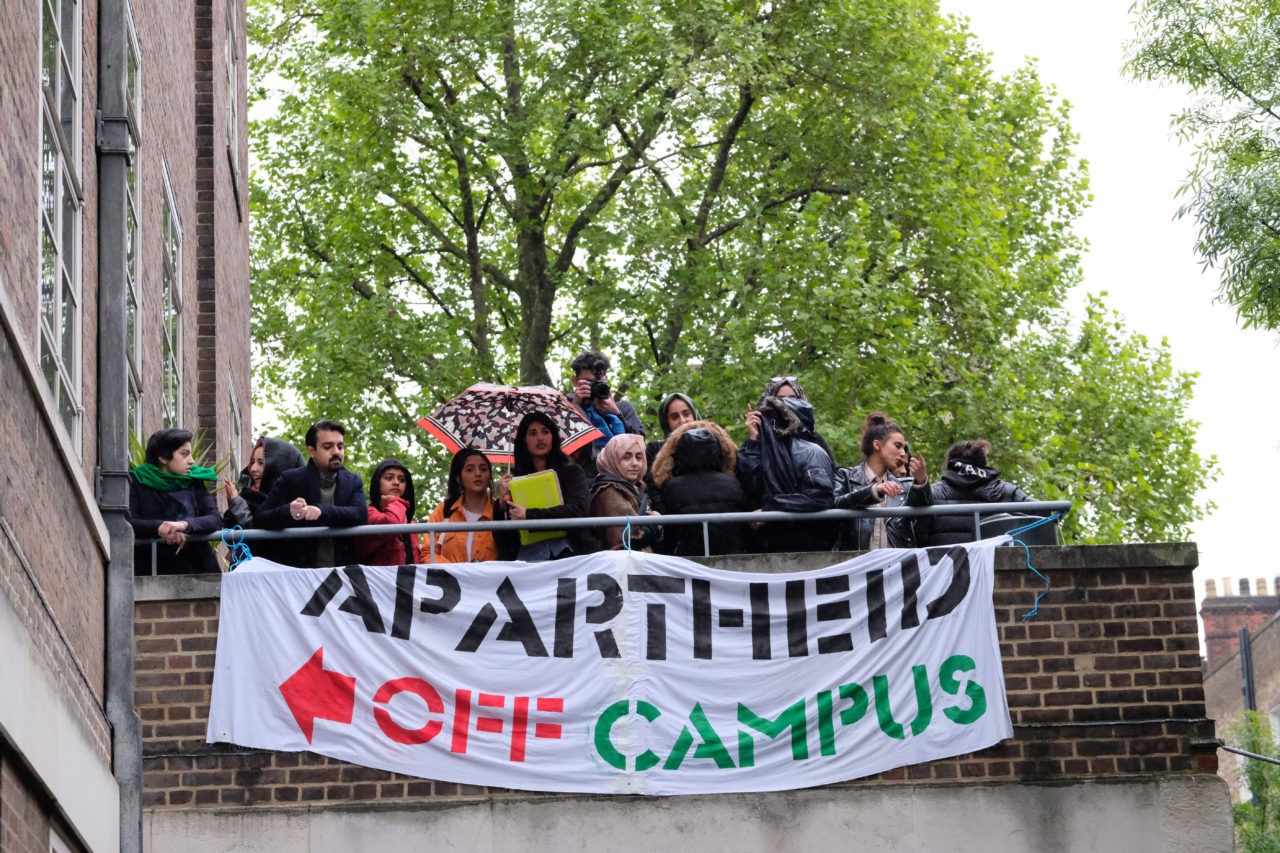 An observer from Jewish Human Rights Watch described the protest as organised Jew-hate.

Once inside, Mr. Regev went ahead with his talk unhindered.

Enjoyed an engaging discussion about Israel & Middle East with @SOAS students. Thanks to SOAS JSoc, Chair Prof @Eric_Heinze_ & all who came. pic.twitter.com/6Z0LSC83FT

Mr. Regev acknowledged the noisy protests that continued outside as he spoke by saying: “I would like to tell them a secret. Israel is not going away. Israel is not going anywhere.” He added: “If I’m a provocation, then I apologise. But I think there is a problem that people view Israel through a colonial prism.” Mr. Regev then continued “We have made mistakes… The question is can we learn from them. If you look at public debate, Israel is a very self-critical society.”

On Israel’s global relations, he said the Jewish state wants “to try a regional approach, bring in the Arab states into the peace process”, and added that President Donald Trump was “good news”.