TEL AVIV — Amidst what appears to be the death throes of the Islamic State in Syria, the group’s propagandists have released undated photos purportedly from the district of Damascus in Syria claiming to show everyday life in the quickly dwindling caliphate.

Police inspectors from the group can be seen in the photos patrolling the various markets in territories under the global terrorist group’s control. The inspectors are pictured checking the expiration dates of the products for sale and appearing to scold young men who dared to shave their beards in violation of IS regulations. 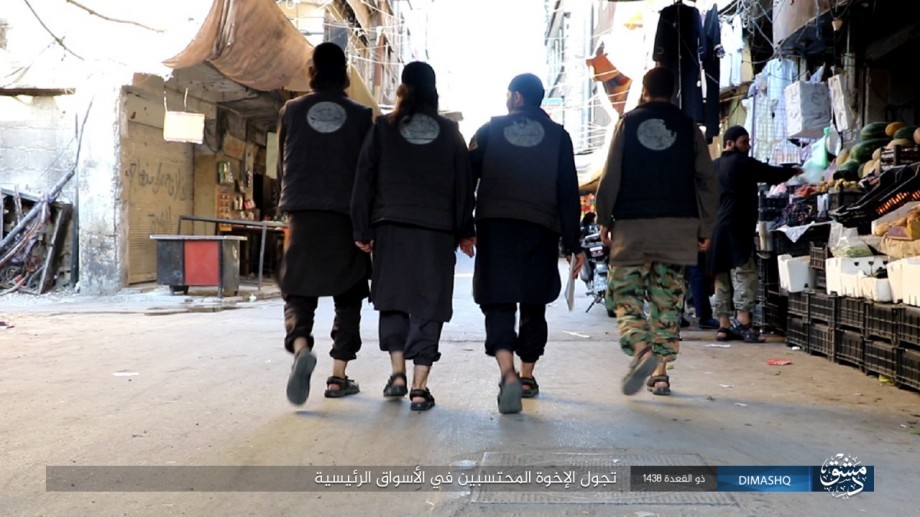 IS policemen can also be seen whipping a resident accused of smoking a cigarette, which is against the law in the caliphate, where the selling of cigarettes is strictly forbidden. These basic crimes normally meet with light punishment, but that’s where IS tolerance ends. 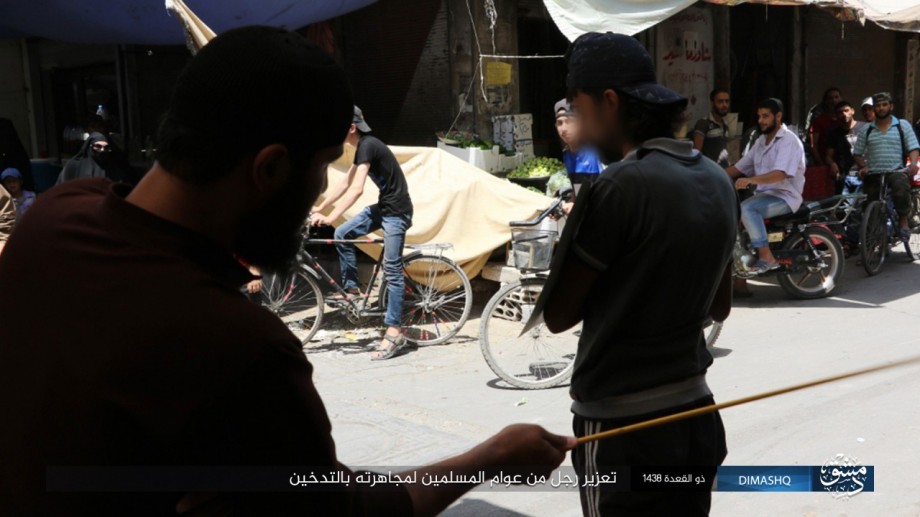 Heavier punishments begin with cases like the episode seen in the photos in which a young man is caught stealing. The man’s hand is cut off in front of an audience.

Lashes from a whip are meted out to another individual accused of having non-marital sex, according to IS descriptions of the photos. 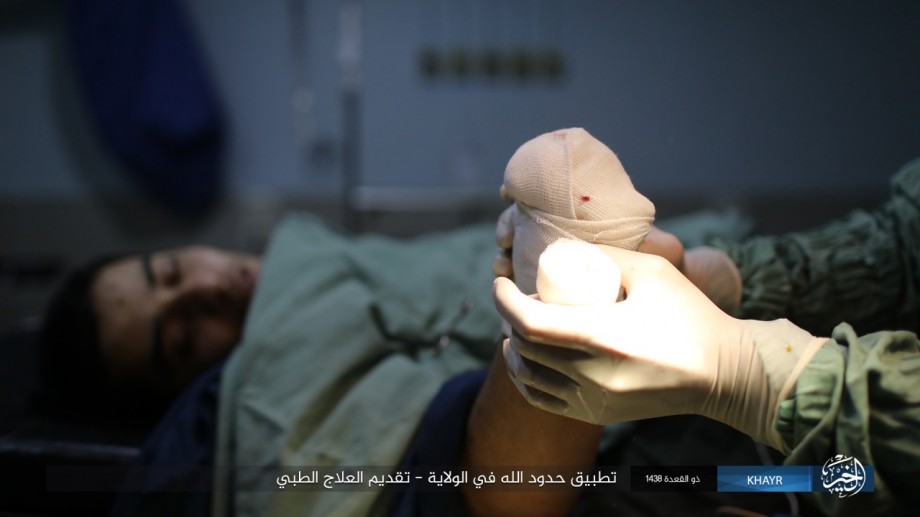 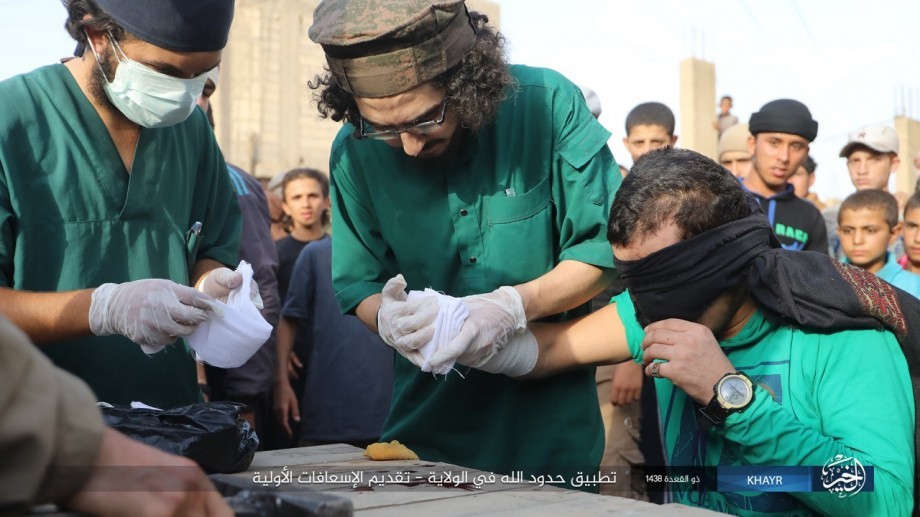 The most severe of the punishments seen in the photos is the execution of a man accused of abandoning Islam and another picture of a man who supposedly performed homosexual acts being thrown off a roof. 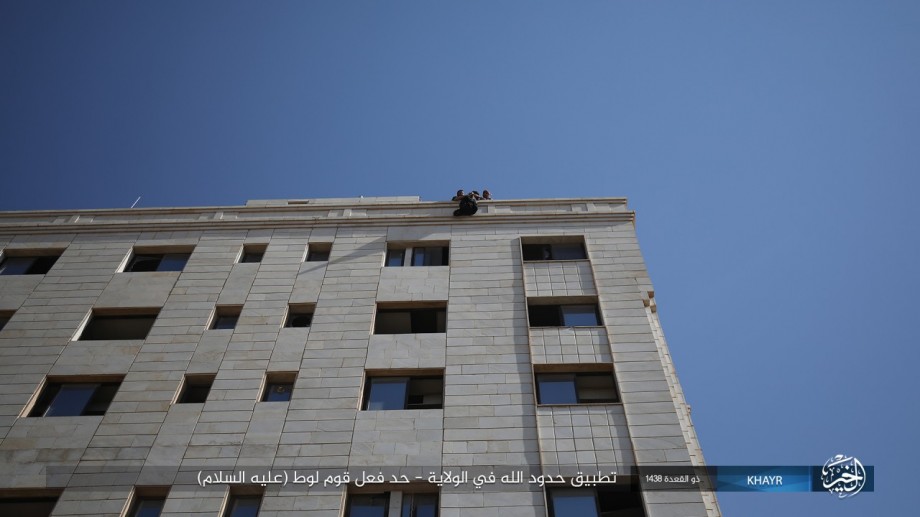