TEL AVIV – The Facebook page belonging to the Palestinian terrorist who stabbed and critically wounded a security guard in Jerusalem on Sunday was full of angry posts condemning President Donald Trump’s recognition of Jerusalem as Israel’s capital.

“In your path, O homeland, O Jerusalem, O Al Aqsa, our blood is cheap,” his final Facebook post read, posted 16 hours before he carried out the terror attack. Palestinian media identified the terrorist as 24-year-old Yasin Abu al-Qur’a from Talluza, near the West Bank city of Nablus.

According to Hadashot news, the al-Qur’a family has close affiliations with Palestinian Authority President Mahmoud Abbas’s ruling Fatah party. Two of the terrorist’s brothers are officers in the PA’s security forces.

Al-Qur’a also posted a popular chant on his Facebook page: “For the sake of Allah we have risen, our demand is to raise the flag, so our religion may once again be sublime, and the Al-Aqsa Mosque will again be glorious,” he wrote, posting a picture of Abbas underneath.

Violence has erupted in the region and the Muslim world since Trump’s announcement. Terror group Hamas said Trump’s move was a “declaration of war” and called for an Intifada. On Friday, a barrage of rockets was launched into Israel from the Gaza Strip, most of which were intercepted by the Iron Dome missile defense system. One of the rockets was later found in a kindergarten’s yard in the southern town of Sderot, but caused no injuries. 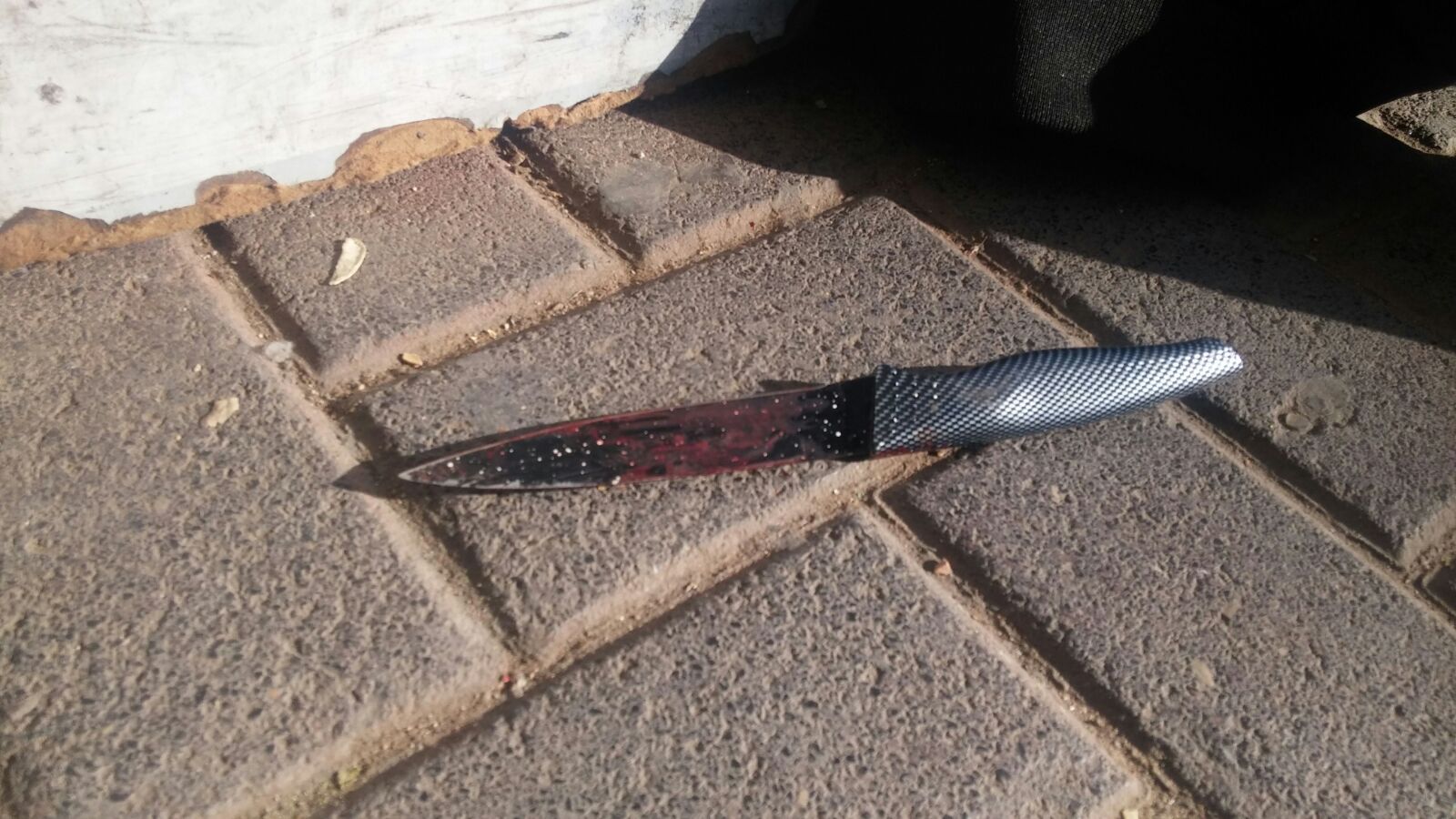 The knife used by Al-Aura when stabbing an Israeli security guard in Jerusalem on December 10, 2017. (Israel Police)

Video footage shows the terrorist handing his bags to be checked by the security guard before extracting a knife and stabbing him in the chest. The attacker tried to escape but was chased and tackled by a police officer and a civilian.

Doctors were battling to save the victim’s life on Sunday evening. The 35-year-old was taken to Shaare Zedek Medical Center where he is currently connected to a respirator.

“The knife, unfortunately, hit his heart. His condition has stabilized, but I cannot say that there’s no threat to his life because, like I said, he’s in serious condition,” Dr. Ofer Merrin, the head of the trauma center, said.

The terrorist, a 24-year-old, had a permit to work in what is known as the “seam region” surrounding the West Bank, but not inside Israel proper, the Shin Bet security agency said. He was not known to have any terrorist affiliations, it added.