Protesters have been increasingly met with state-sponsored violence in Iran as they take to the streets to voice their opposition to the country’s hard-line Islamic government and its supreme leader, Ayatollah Ali Khamenei.

The bloody demonstrations, the largest to strike Iran since its disputed 2009 presidential election, have seen six days of unrest across the country. The number of people killed has now risen to at least 21 after more violence against the extremist government on Monday night.

In response, the head of Tehran’s Revolutionary Court has warned that arrested protesters could potentially face death penalty cases when they come to trial, AP reports.

Iranian state television aired footage of a ransacked private bank, broken windows, overturned cars and a firetruck on Tuesday that appeared to have been set ablaze.

“Some armed protesters tried to take over some police stations and military bases but faced serious resistance from security forces,” state TV said. A sample of some of the images now being released of the protesters appears below: 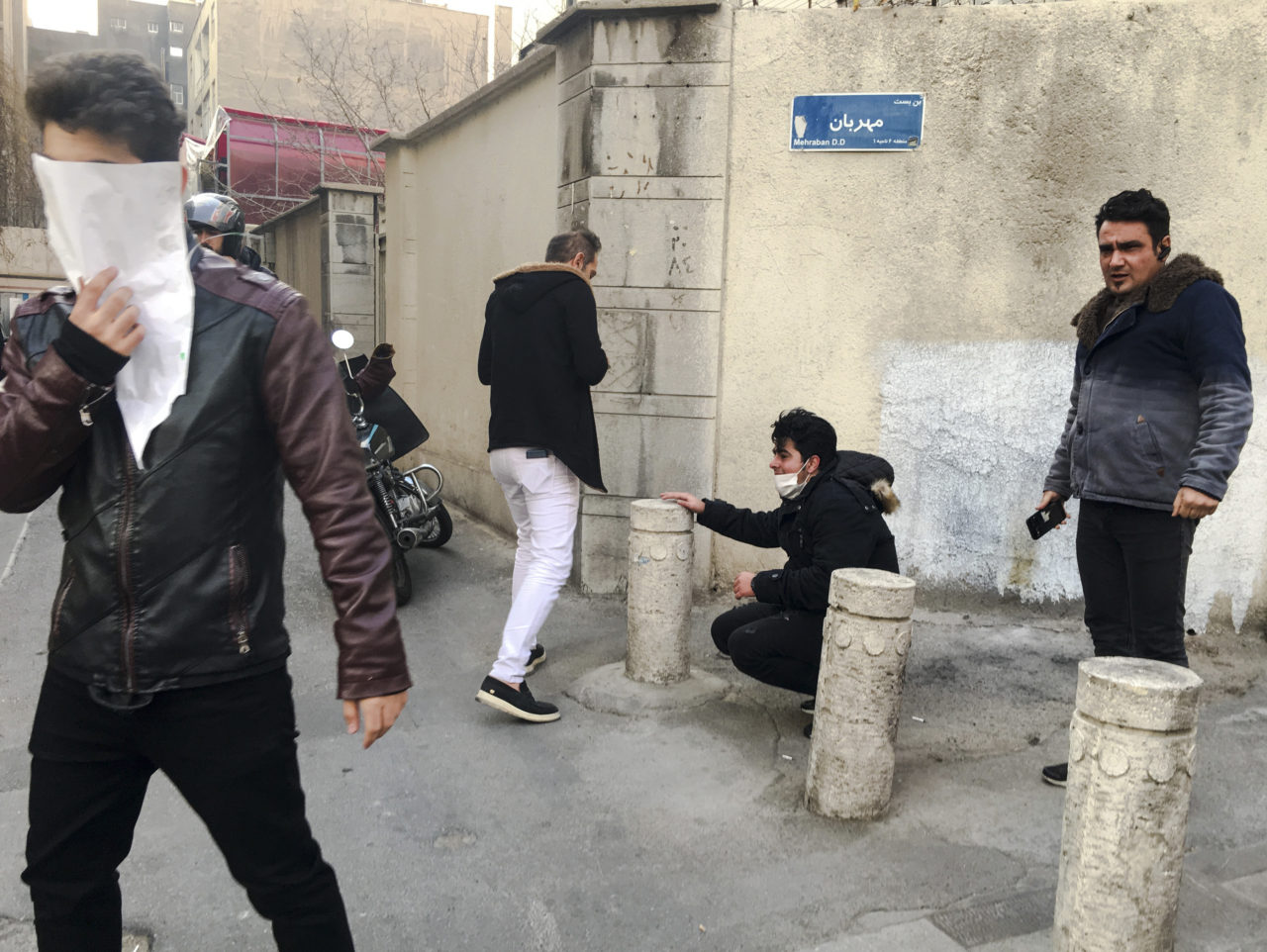 In this photo taken by an individual not employed by the Associated Press and obtained by the AP outside of Iran, people are affected by tear gas fired by anti-riot Iranian police to disperse demonstrators. (AP Photo) 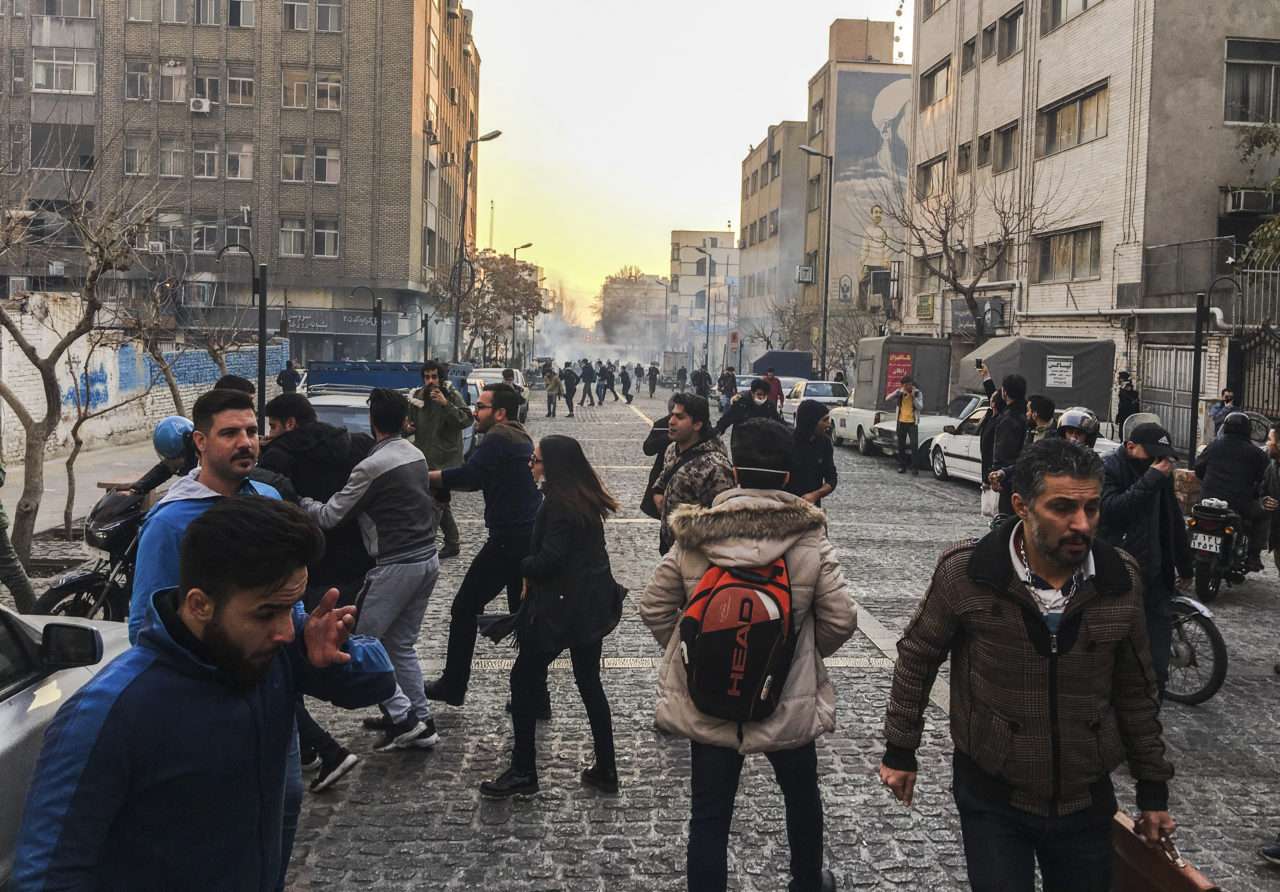 Protesters recover as a wave of spontaneous protests over Iran’s weak economy swept into Tehran , with college students and others chanting against the government just hours after hard-liners held their own rally in support of the Islamic Republic’s clerical establishment. (AP Photo) 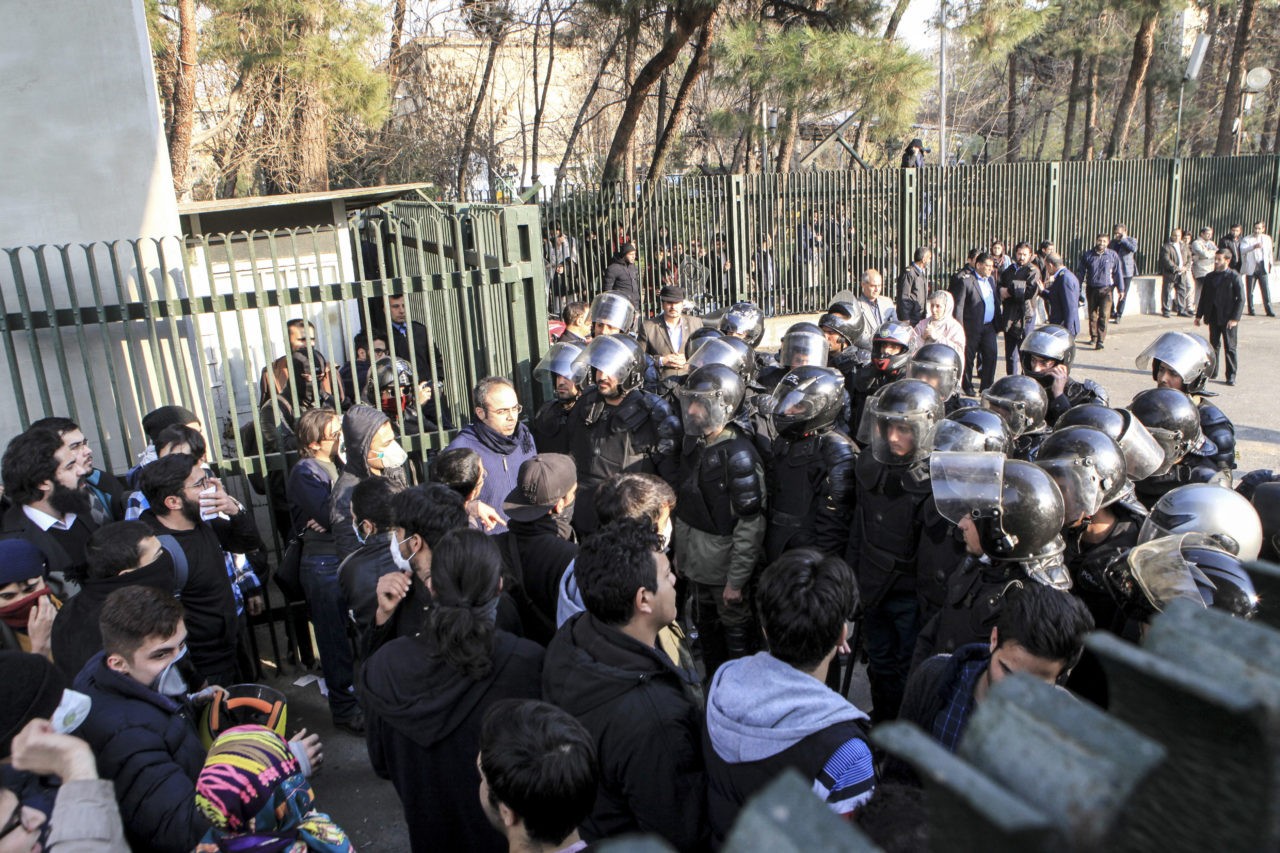 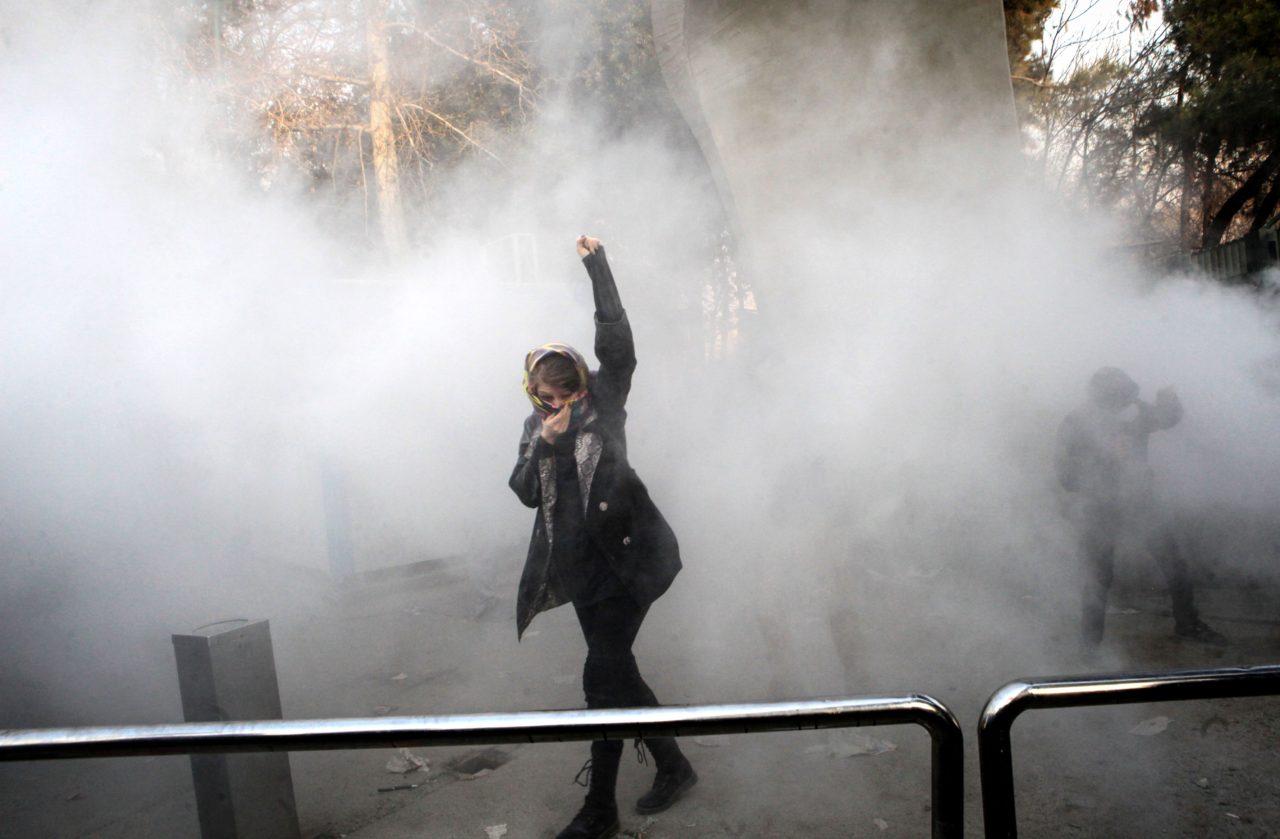 An Iranian woman raises her fist amid the smoke of tear gas at the University of Tehran during a protest driven by anger over economic problems, in the capital Tehran (STR/AFP/Getty Images)

Iran blocked access to Instagram and the popular messaging app Telegram used by activists to organize in response to the growing spirit of protest, although some have still managed to use it to smuggle images out of the country.

President Hassan Rouhani acknowledged the public’s anger over the Islamic Republic’s flagging economy, though he and others warned that the government wouldn’t hesitate to crack down on those it considers lawbreakers.

Despite the threats of physical violence, women in the Islamic republic have used the opportunity to call out for more personal freedom and a relaxation of strict Islamic rule and sharia law:

This is what a feminist looks like…#Iran

Woman stands proudly without government mandated hijab for women in #Iran in protest as Iranian people rise up against tyrannical Islamic regime. pic.twitter.com/gm0mW97ONJ

The exiled People’s Mujahedin Organization of Iran (PMOI) issued a press release on the deaths of protesters, reporting that “at least two protesters were killed in the town of Izeh and several wounded as the Revolutionary Guards opened fire.” The statement added, “The Guards also opened fire in the town Tuyserkan, killing one protester and wounding several others.”

The PMOI obtained video which purports to show the death of one of the protesters:

Sunday Dec 31- A protestor is shot to death in Tuyserkan (West Iran) by the suppressive forces and other protestors are chanting “death to Khamenei”, and calling for an ambulance. #IranProtest #Iran #FreeIran pic.twitter.com/EiyUY4dLk9

The unrest has remained focused on provincial towns and cities, with only sporadic protests reported in the capital.

The semi-official news agency in Iran reported on Tuesday that 450 people had been arrested over three days in Tehran since Saturday. The ILNA news agency report on Tuesday quoted Ali Asghar Nasserbakht, a security deputy governor of Tehran, offering the figure.