Jewish leaders and thousands of their supporters took to London’s streets on Tuesday to voice their opposition to the rise of anti-Semitism in the UK Labour Party.

Protesters gathered outside Parliament demanding action as they accused Labour leader Jeremy Corbyn of not doing enough to tackle anti-Jewish sentiment, and in a strongly-worded open letter told him “enough is enough.”

The crowds included a dozen Labour MPs as the Labour leader issued a statement seeking an “urgent meeting” with Jewish leaders to discuss their concerns.

Organised by the Board of Deputies of British Jews and the Jewish Leadership Council, speakers included the Labour MPs John Mann, Luciana Berger, Louise Ellman and Wes Streeting, as well as Haringey Council leader Claire Kober.

As Breitbart Jerusalem reported, just 24 hours before the public protest, Mr. Corbyn had been excoriated in an extraordinary public letter that accused him of backing anti-Semites “again and again.”

The criticism comes despite a 2016 investigation by the Labour Party, headed by Shami Chakrabarti, that found no indication of institutional anti-Semitism within Labour. Her report led to Jewish community leaders calling the findings a “whitewash” and a “fraud”.

Chakrabarti was nominated for a peerage by Mr. Corbyn just a few weeks afterwards.

All this follows in the wake of polling which shows that British Jews have been abandoning the Labour Party since the election of Mr. Corbyn, and a recent survey revealed that four in five believe that Labour harbours anti-Semites in its ranks.

Pictures taken of Monday’s rally against anti-Semitism in the Labour Party appear below: 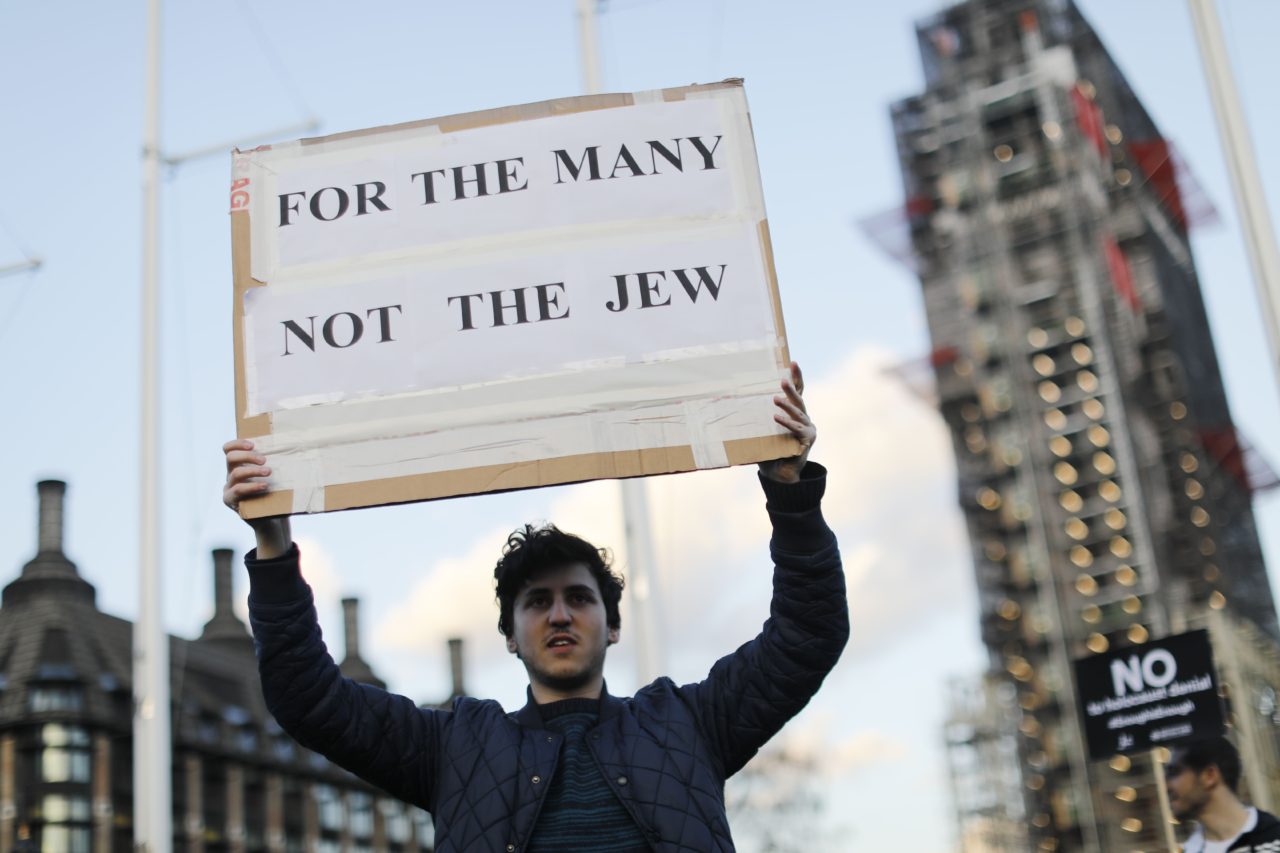 Members of the Jewish community hold a protest against Britain’s opposition Labour party leader Jeremy Corbyn and anti-semitism in the Labour party, outside the British Houses of Parliament in central London..  (TOLGA AKMEN/AFP/Getty Images) 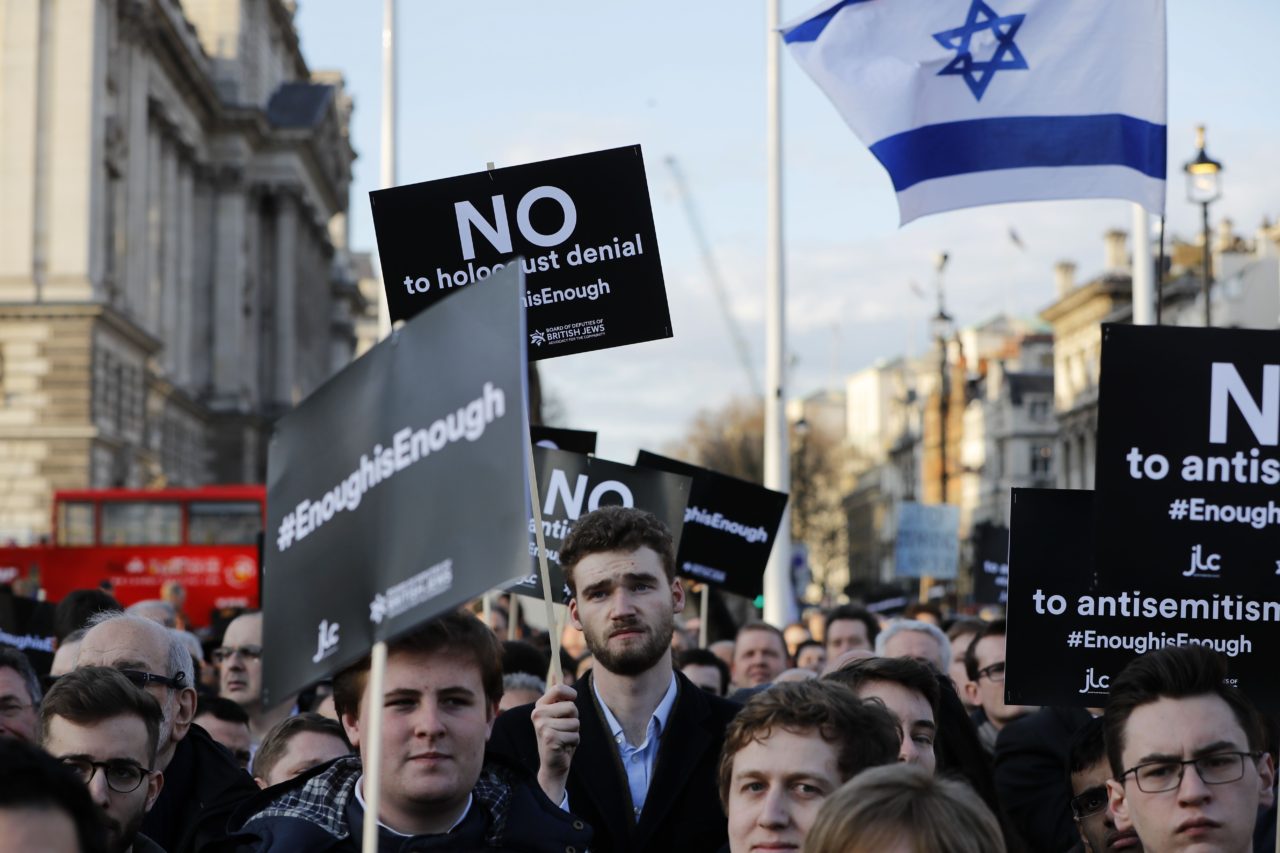 Placards were held high as a protest against Britain’s opposition Labour party leader Jeremy Corbyn and anti-semitism in the Labour party took to the streets outside the British Houses of Parliament. ( TOLGA AKMEN/AFP/Getty Images) 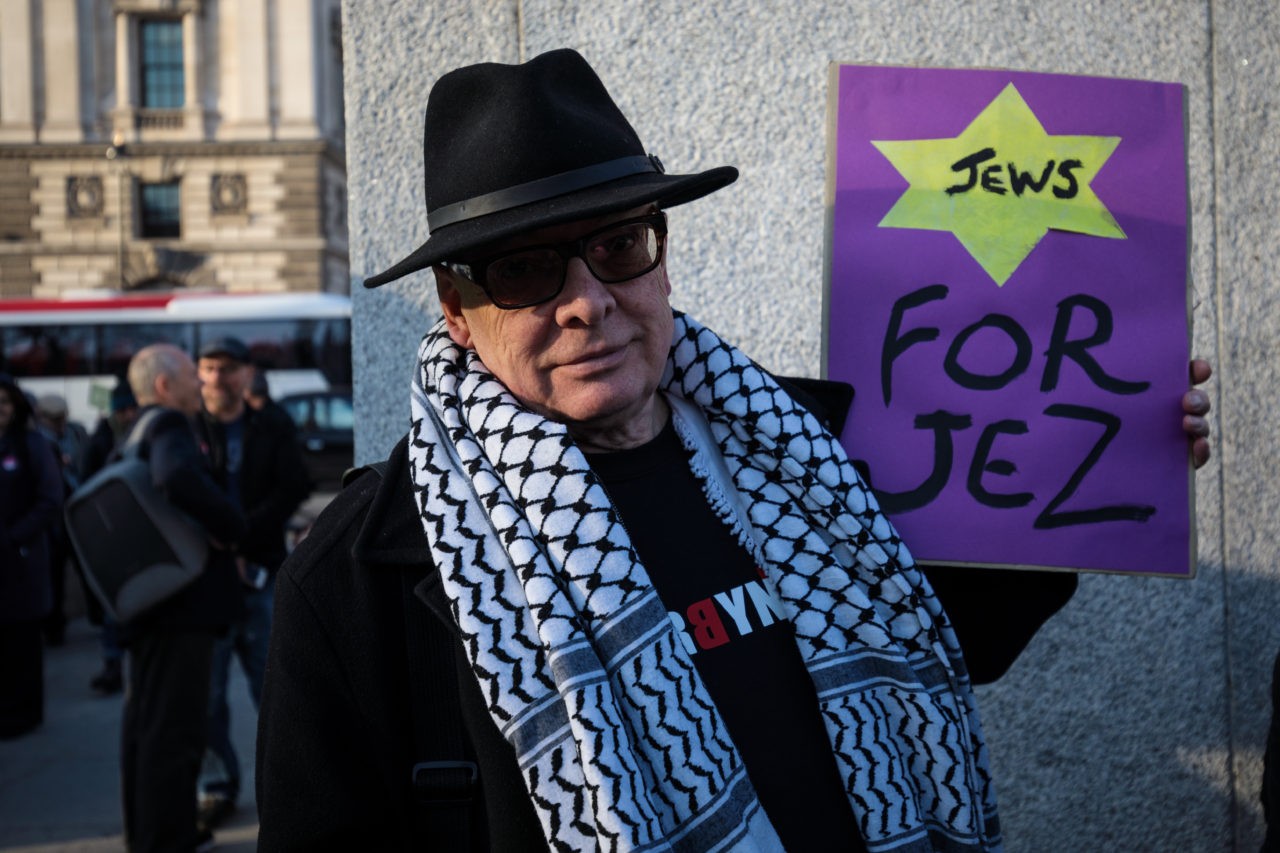 A pro-Jeremy Corbyn protester holds a placard during a counter-protest to a demonstration in Parliament Square against anti-Semitism in the Labour Party on March 26, 2018 in London, England.  (Jack Taylor/Getty Images) 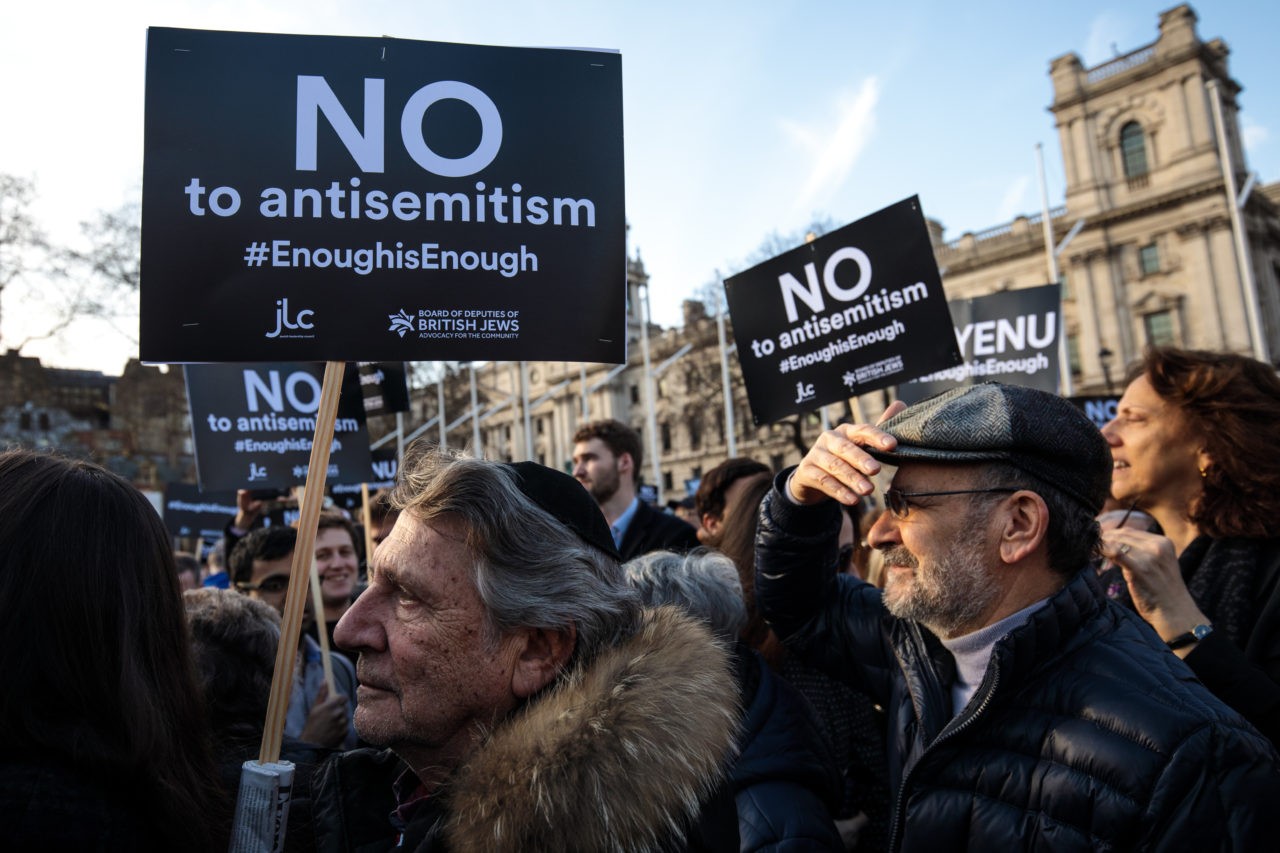 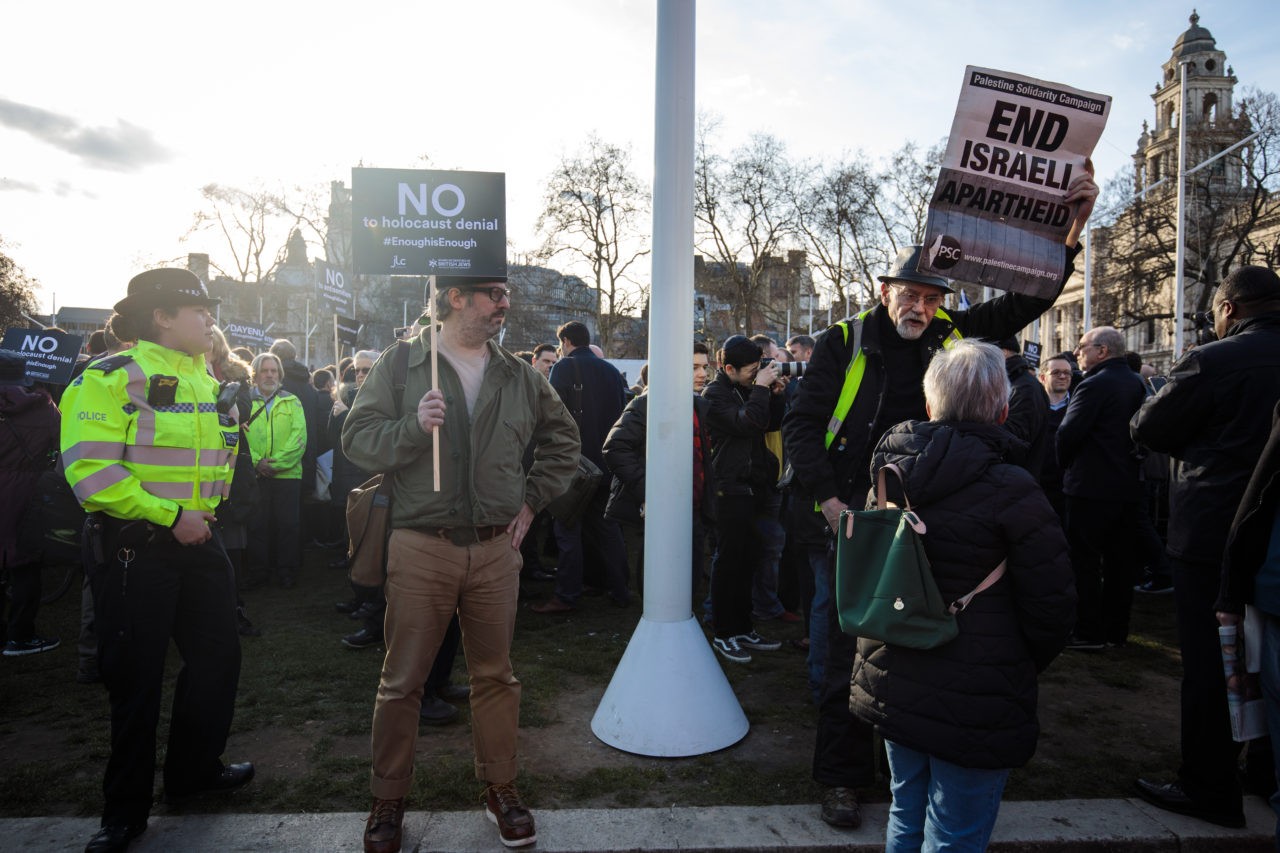