The Australian Army has issued a directive that prohibits soldiers from wearing “death” symbols in combat, declaring the practice arrogant, ill-considered and deterimental to the ethos of the armed forces.

Australia’s Chief of Army, Lieutenant General Angus Campbell, made the decision. He cited several symbols to be specifically prohibited because of what he claimed are violent, murderous and vigilante symbolism.

Lt Gen Campbell stated in his order that he had come across the symbols worn as patches or badges while visiting army units in Australia and overseas. These included the Skull and Crossbones, Spartans, the Grim Reaper and the Phantom or Punisher.

He reiterated that such symbols were at odds with Army values while acknowledging this was not the intention of those who wore them.

“Such symbology is never presented as ill-intentioned and plays to much of modern popular culture,” he said.

“But it is always ill-considered and implicitly encourages the inculcation of an arrogant hubris and general disregard for the most serious responsibility of our profession; the legitimate and discriminate take of life.” 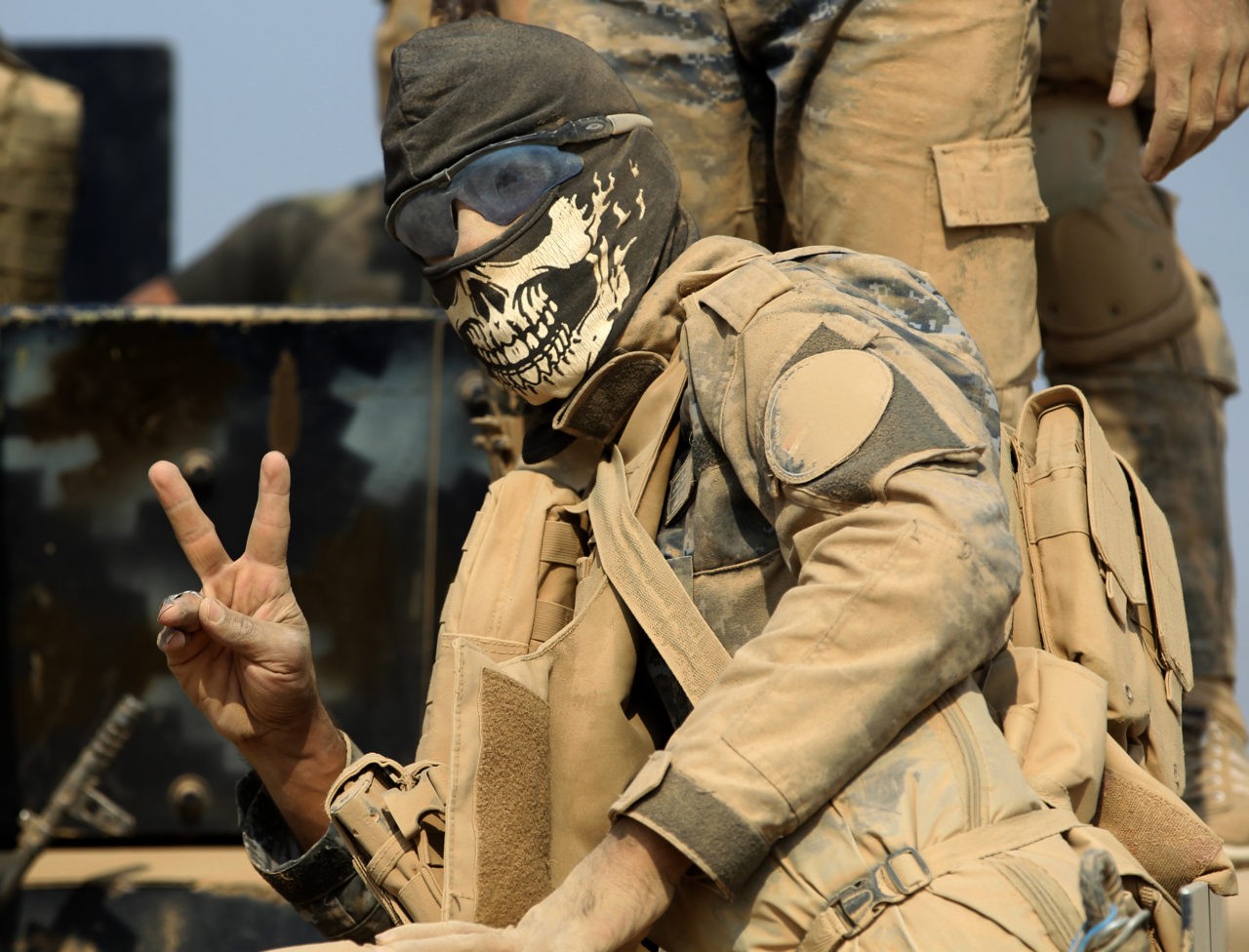 A member of the Iraqi government forces flashes the sign for victory as they enter the village of al-Khuwayn, south of Mosul, after recapturing the village from Islamic State (IS) group jihadists. (AHMAD AL-RUBAYE/AFP/Getty Images)

Lt Gen Campbell called on commanders to take immediate action and remove such symbols in any and all formal or informal use within the army.

“I appreciate that without explanation some will rile at this direction, so please ensure my reasoning is explained; but to be clear that I am adamant that this is right for the army, I have asked RSM-A to have my direction incorporated into army dress code and seek your immediate attention to addressing this issue within your command.”

When approached by the ABC, the Department of Defence issued the following short statement:

The Chief of Army issued an internal minute to all Commanders on 17 April, 2018 to reinforce that all symbols, emblems and iconography used across the organisation must align with the Army values of courage, initiative, respect and teamwork.

Death symbology demonstrates a general disregard for the most serious responsibility of the Army’s profession; the legitimate and discriminate taking of life.

Queried about the decision, a Defence Department spokesman told the Australian the minute was issued as a general directive on April 17 — to reinforce all such symbols used across the organisation must align with army values of courage, initiative, respect and teamwork.

“Death symbology demonstrates a general disregard for the most serious responsibility of the army’s profession; the legitimate and discriminate taking of life,’’ he said.

Masks and scarfs depicting skulls are commonly used by United States soldiers and have been portrayed in popular video games such as Call of Duty.

A picture of a French soldier wearing such a scarf in Mali in West Africa was published in 2013.

It sparked an investigation at the time with the French military saying it was unacceptable behaviour.