The Times of Israel reports: Satellite photos published Thursday purported to show the establishment of an Iranian surface-to-surface missile factory in Syria, raising fresh concerns over the extent of the two countries’ military cooperation on Israel’s northern border.

The photos, which were taken by ImageSat International and published by Channel 10 news, were said to show a facility outside Wadi Jahannam in northwest Syria resembling Iran’s Parchin facility, which has been linked to the Islamic Republic’s ballistic missile and nuclear programs. 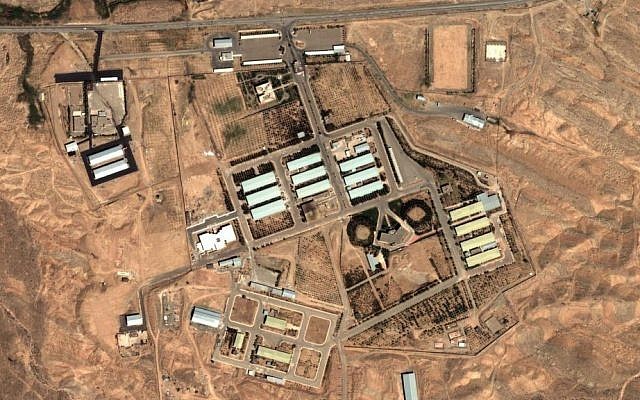 Satellite image of the Parchin facility, April 2012. (AP/Institute for Science and International Security)

Beyond noting an apparent surge in construction work at the site and the building’s seeming similarity to Parchin, Channel 10 did not say how it was identified as a missile factory.