TEL AVIV – Two Israeli soldiers were killed and two critically injured in a drive-by shooting in the West Bank Thursday, close to the site of a similar terror attack that occurred earlier in the week.

Shots were fired by a Palestinian terrorist who got out of his car before fleeing the scene on foot, unconfirmed reports by the Israeli media said. Security forces are searching for the man.

Four people, all in their early 20s, sustained gunshot wounds in the attack, which took place at the Givat Asaf junction, two kilometers south of the West Bank settlement of Ofra, where seven people — including a seven-months pregnant woman whose baby died — were shot in a drive-by attack on Sunday.

One woman, who sustained gunshot wounds and was in critical condition, was evacuated to Shaare Zedek Medical Center’s trauma unit in Jerusalem for treatment.

The IDF later released the names of the two soldiers who were murdered in the attack (pictured above) — 19-year-old Yosef Cohen and 20-year-old Yuval Mor Yosef.

The attack comes amid an uptick of violence. 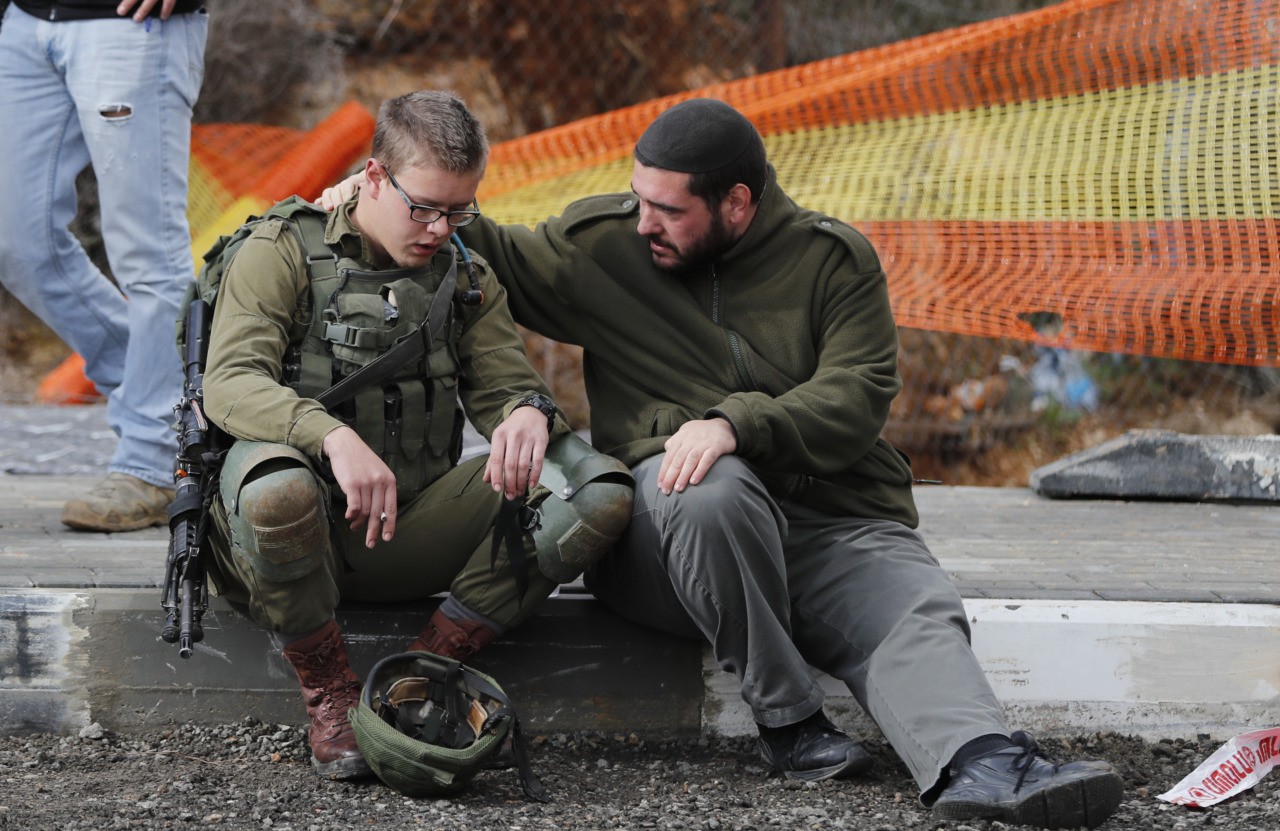 An Israeli soldier is consoled as Israeli forces and forensic experts inspect the site of a Palestinian drive-by shooting attack outside the West Bank settlement of Givat Asaf, northeast of Ramallah, on December 13, 2018. (AHMAD GHARABLI/AFP/Getty Images)

“In recent days, we definitely have the feeling that the situation (in the West Bank) is getting worse,” Shalom Galil, a paramedic who arrived at the scene of the shooting, told Israel’s Army Radio.

Earlier Thursday, two police officers were stabbed in Jerusalem’s Old City. One sustained injuries to the face and a woman police officer was stabbed in the thigh. The officers shot the attacker dead. He was identified as a Palestinian from the West Bank.

On Wednesday night, the IDF apprehended several Palestinians suspected of carrying out Sunday’s attack. One was killed during a shoot-out in Ramallah in which Israeli security forces said they were attacked while the perpetrators tried to flee.

Yisrael Gantz, head of the Binyamin Regional Council where Thursday’s attack took place, vowed Israelis living in his jurisdiction would not be “sitting ducks” for terrorists. 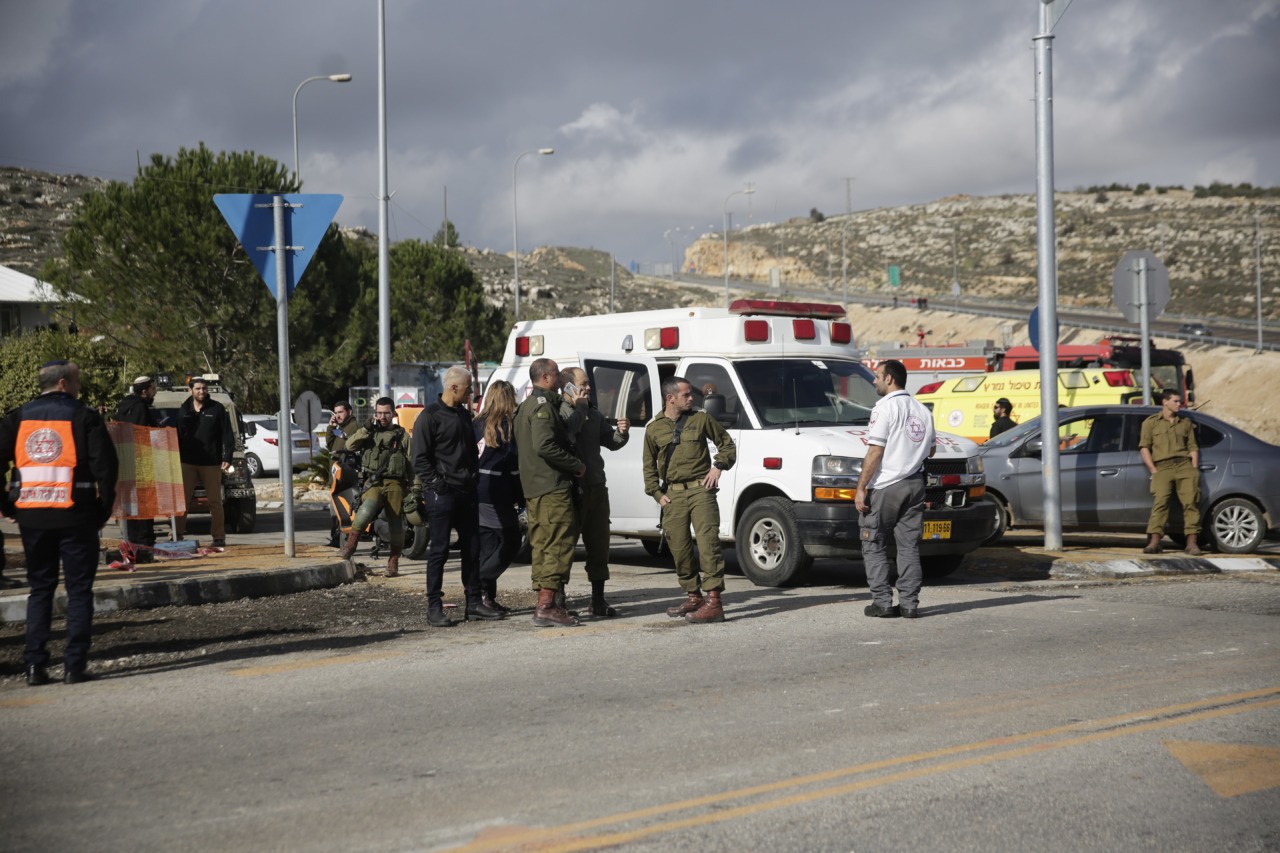 Israeli soldiers stand at the scene of an attack near the settlement of Givat Assaf in the West Bank, Thursday, Dec. 13, 2018. A Palestinian gunman opened fire at a bus stop outside a West Bank settlement on Thursday, shooting at soldiers and civilians and killing at least two Israelis before fleeing, the military and Israel’s rescue service said. (AP Photo/Mahmoud Illean)

“Residents of the Binyamin region will not be ducks in a Palestinian shooting range,” said Gantz, on his way to the site of the attack.

“Terrorism has reared its head,” he added. “We will not sit quietly. I demand that the government confront the terror immediately. The first step would be to ban the Arab population from driving on Route 60.”