Israeli forces destroyed two apartments in the West Bank early Friday that housed the family of a Palestinian terrorist who confessed to the brutal murder of an Israeli teen.

The murder sparked outrage in Israel and senior politicians called for the suspect Arafat Irfayia, 29, and other terrorists to receive the death penalty.

Soldiers surrounded the apartment block in the southern city of Hebron beginning late on Thursday before using heavy construction equipment in the early hours that followed. Israel routinely demolishes the homes of Palestinians terrorists accused of attacks on Israelis as part of a policy it says discourages future violence.

Some clashes broke out between Palestinian residents and Israeli forces during the operation, AFP journalists reported. 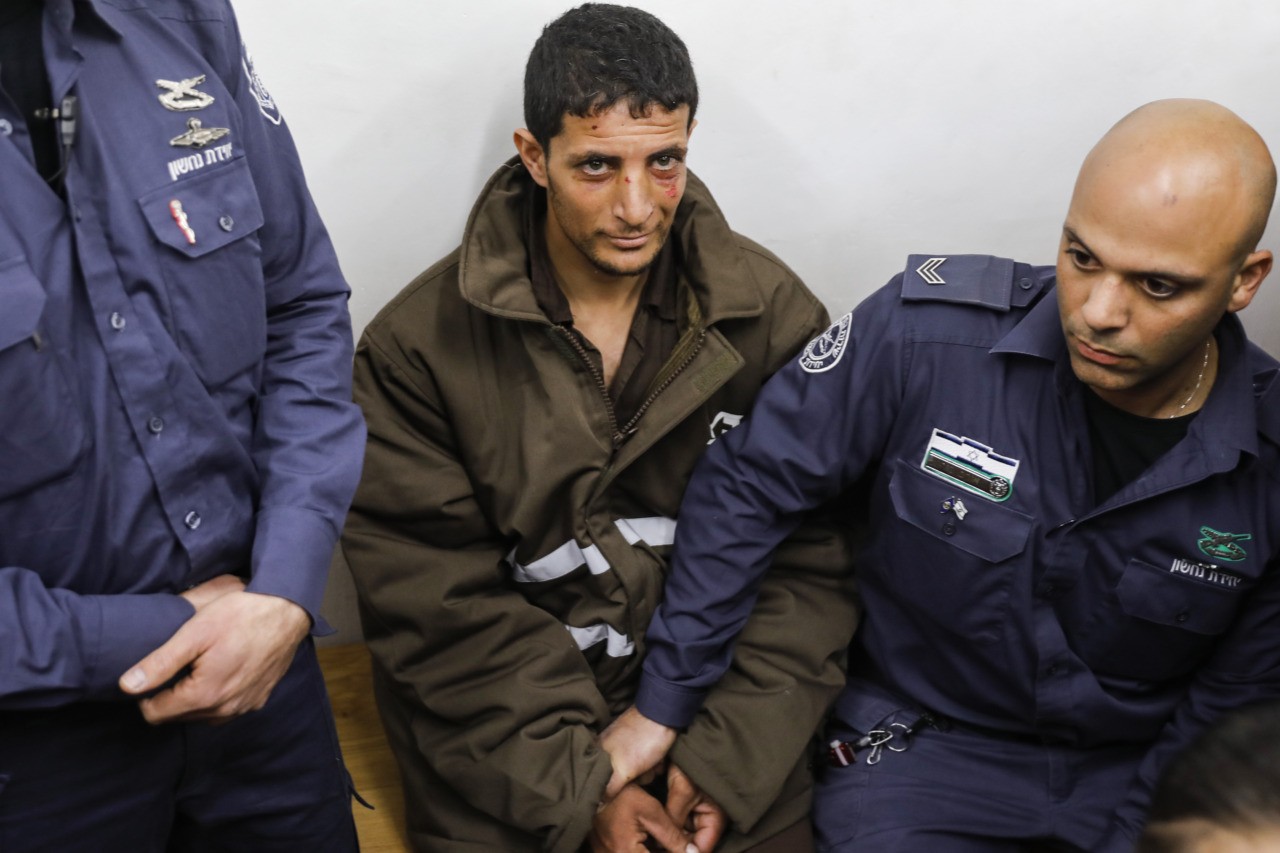 Arafat Irfaiya (C), a 29-year-old Palestinian suspected of killing a young Israeli woman, is seen in Israeli custody at the Magistrate’s Court in Jerusalem on February 11, 2019. – The body of 19-year-old Ori Ansbacher was found on February 7 south of Jerusalem and her suspected murdered Arafat Irfaiya, 29, was arrested on two days later in what the Shin Bet now says was a “nationalist” attack. (MENAHEM KAHANA/AFP/Getty Images)

Her body was found on February 7 in a forest southeast of Jerusalem and Irfaiya was arrested two days later in a raid in the West Bank city of Ramallah.

The Shin Bet security agency said Irfayia had confessed and reenacted the murder of Ansbacher.

Justice Minister Ayelet Shaked called for Israel’s military prosecution to demand the death penalty. “We should not hide the truth,” Shaked told Channel 13 news the day after the initial arrest. “He killed Ori because she was a Jewish girl.” Public Security Minister Gilad Erdan echoed Shaked’s call for the death penalty.

“If the murderer abused his victim and if we understand that there is no way to rehabilitate him, and in cases of the murder of a family, the death penalty should be used,” Erdan said.

The only time Israel has used the death penalty was in the case of Nazi officer Adolf Eichmann in 1962.