U.S. President Donald Trump issued a public warning to Iran late Sunday, suggesting it will be the “end” of the Islamic republic if a conflict breaks out between the two countries.

Trump did not elaborate further, nor did the White House. However, the tweet came after a rocket landed less than a mile from the U.S. Embassy in Baghdad in the Iraqi capital’s heavily fortified Green Zone Sunday night, AP reports.

No group immediately claimed responsibility for the attack.

“If Iran wants to fight, that will be the official end of Iran,” Mr. Trump said in his tweet. “Never threaten the United States again!”

If Iran wants to fight, that will be the official end of Iran. Never threaten the United States again!

The U.S. has deployed additional warships and planes to the Gulf in recent weeks in what the Pentagon says is a response to “heightened Iranian readiness to conduct offensive operations” however the president’s tweet marks a harshening in tone from Washington.

His remarks preceded an interview with Fox News broadcast on Sunday during which the president vowed that he would not let Iran develop nuclear weapons but said he did not want a conflict.

Saudi Arabia at the same time called for emergency regional talks to discuss mounting Gulf tensions, saying Sunday that it does not want war with Iran but like the U.S. is ready to defend its interests. 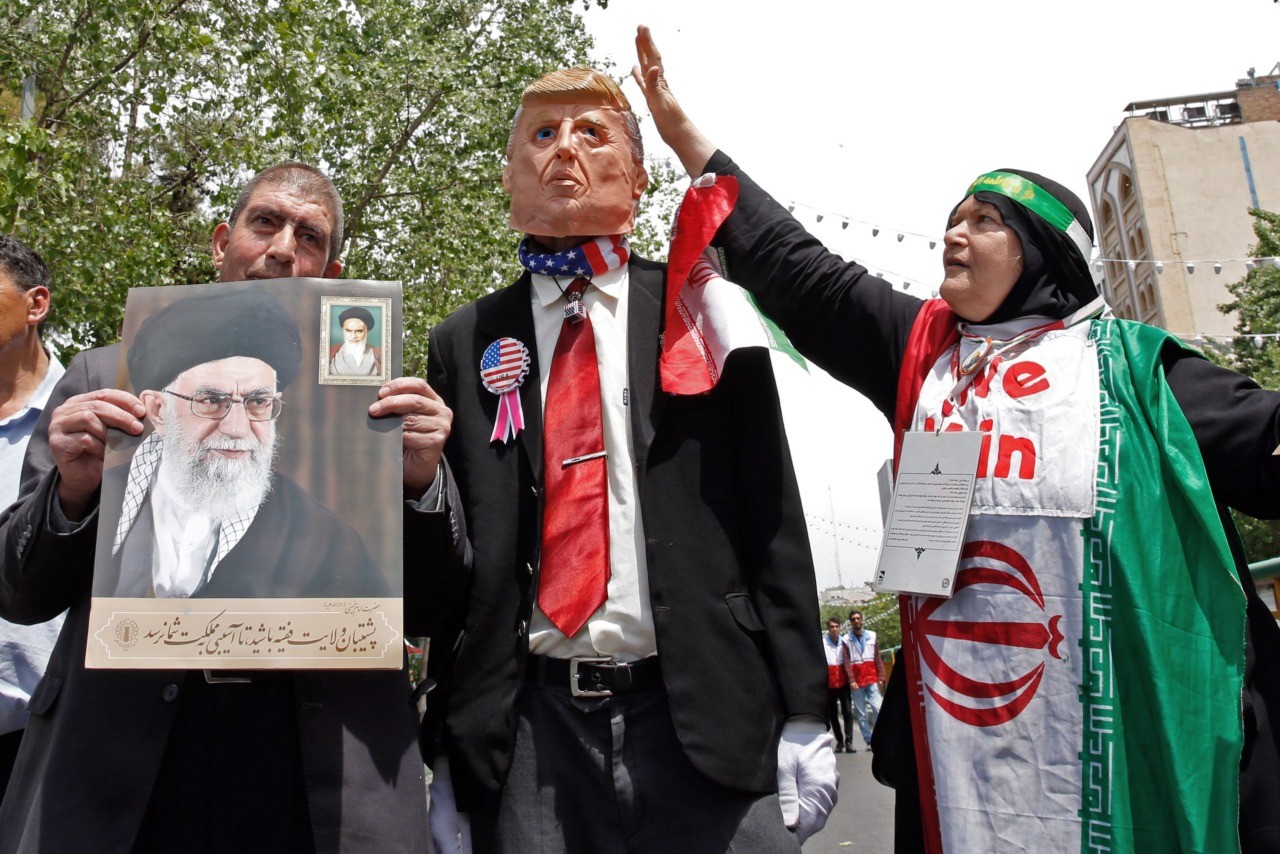 Iranian demonstrators carry a portrait of Iran’s Supreme Leader Ayatollah Ali Khamenei and an effigy of U.S. President Donald Trump during a rally in the capital Tehran. (STR/AFP/Getty Images)

The announcement came days after mysterious sabotage attacks against several tankers in highly sensitive Gulf waters and drone attacks on a crude pipeline by Iran-aligned Yemen rebels, which Riyadh claimed were carried out on Iranian orders.

As Breitbart News reported, “Surgical strikes” by U.S. forces against Iran have been called for to curb the country’s increasing regional belligerence, a state-affiliated Saudi newspaper has warned.