Kuala Lumpur (AFP) — A hijab-wearing, diminutive Malaysian wrestler known as “Phoenix” cuts an unusual figure in the ring, a female Muslim fighter taking on hulking opponents in a male-dominated world.

Dressed in flame-patterned trousers, a black and orange hijab and top, Nor Diana uses sophisticated moves to throw and pin down her larger rivals in front of hundreds of cheering spectators.

Standing just 155 centimetres (five foot, one inch) tall and weighing 43 kilograms (six stone, 10 pounds), her speed and agility make her a match for almost any opponent.

And far from being criticised by conservatives for throwing herself into wrestling, the 19-year-old has become a hit on social media and spurred the interest of other headscarf-wearing women.

“Even though I am Muslim, and I wear the hijab, nothing can stop me from doing what I love,” she said in the ring after winning a recent fight.

She takes part in local outfit Malaysia Pro Wrestling (MyPW), which has similarities with hugely popular World Wrestling Entertainment from the United States. 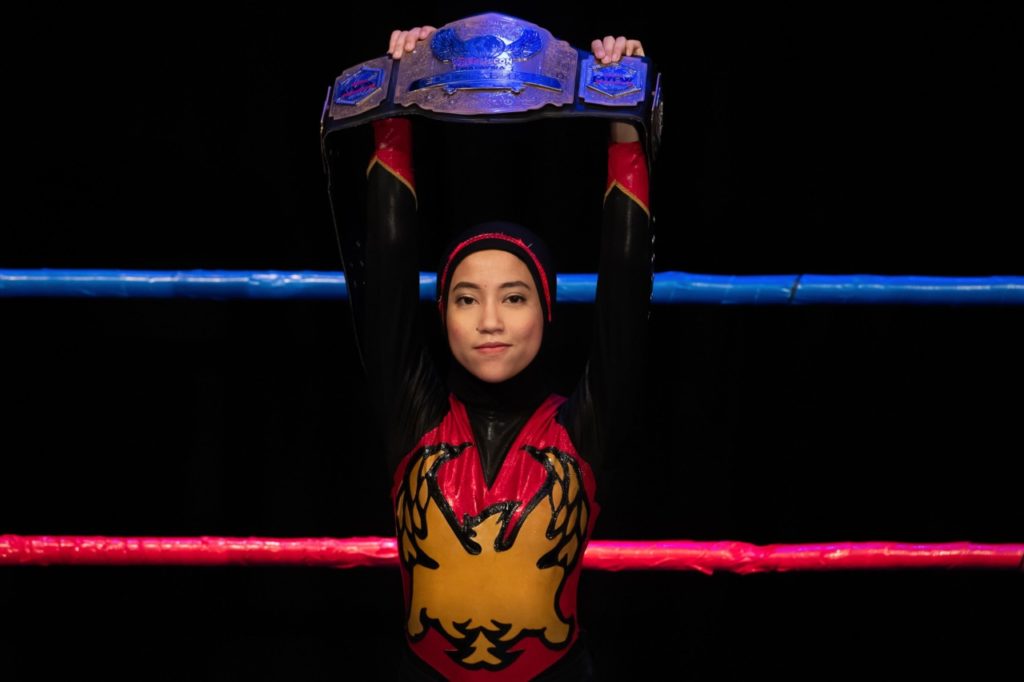 A hijab-wearing, diminutive Malaysian wrestler known as “Phoenix” cuts an unusual figure in the ring, a female Muslim fighter taking on hulking opponents in a male-dominated world. ( MOHD RASFAN/AFP/Getty Images)

Like WWE, the Malaysian version is as much theatre as sport, as participants compete against one another with matches ending in a pre-determined outcome.

Nor Diana, a pseudonym as she prefers not to reveal her true identity, seems an unlikely wrestler — outside the ring, she is shy and soft-spoken, and her day job is working in a hospital.

But when she puts on her wrestling gear, she transforms into the fearsome Phoenix.

“As Phoenix, I’m a totally different person. She may be small, but she can do things that people can’t imagine,” Nor Diana told AFP at a wrestling gym in Puchong, outside Kuala Lumpur.

“When she’s in the ring, she’s fast and always wants to win,” she explained.

Nor Diana first started training as a wrestler in late 2015, following her teenage dream of becoming a fighter, and made her debut a few months later.

More than 60 percent of Malaysia’s 32 million people are ethnic Malay Muslims and, while the form of Islam followed is generally moderate and tolerant, society can still be conservative.

Many Muslim women in the country wear the traditional headscarf and loose-fitting clothing in line with Islamic requirements for females to dress modestly.

“In the beginning it was always hard for me, because a lot of people said I can’t wrestle because I’m a Muslim and I wear the hijab,” she said.

But she has soldiered on, with her family?s full support, and enjoyed her greatest success so far in early July, defeating four men to be crowned Malaysian wrestling champion. 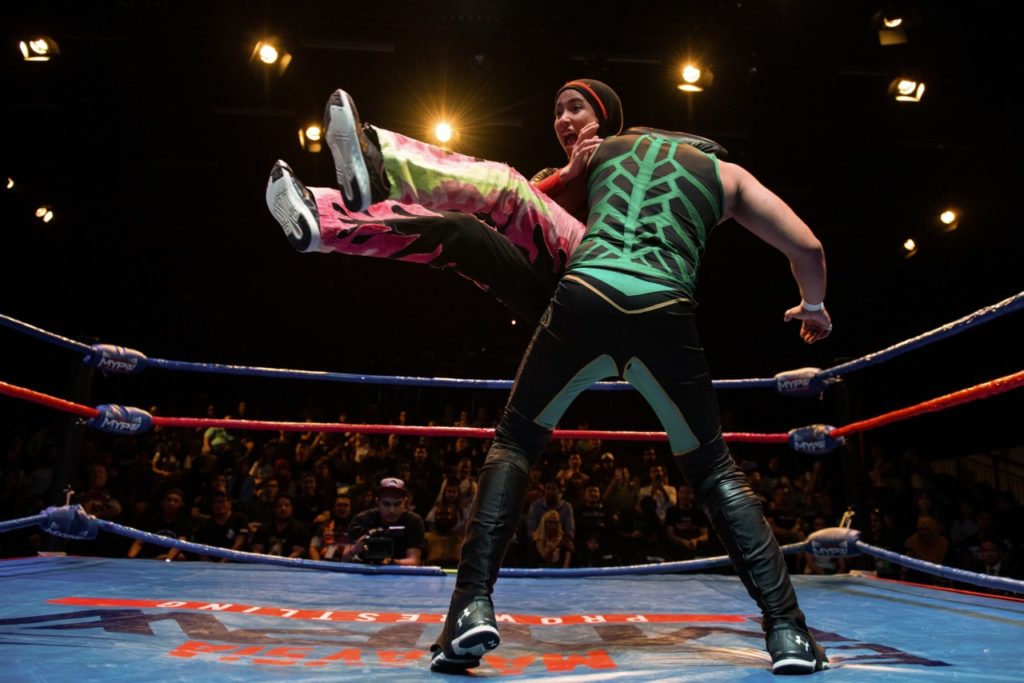 The hijab-wearing Malaysian wrestler known as Nor “Phoenix” Diana (L) is seen wrestling with a male opponent during a match organised by Malaysia Pro Wrestling in Kuala Lumpur. (MOHD RASFAN/AFP/Getty Images)

Initially she competed wearing a mask, to reduce the chances people would recognise her. But after losing a match last year she removed it and has been competing without one ever since.

She remembered being fearful about the reaction — but her popularity has only increased since, with thousands now following her on social media, helping to boost wrestling’s profile in Malaysia.

While it is growing in popularity, wrestling remains relatively small in the Southeast Asian country. There are about 30 fighters and matches take place every two to three months in front of a few hundred supporters.

Nor Diana is one of just two women wrestlers.

“As soon as she became popular, we received a lot of messages from fellow hijabis who inquired about joining wrestling as well,” Ayez Shaukat Fonseka, her coach and fellow fighter, told AFP.

“She kind of broke the barrier and just proved to them that if she can do it, they can do it too.”