TEL AVIV – A 19-year-old yeshiva student and IDF soldier was stabbed to death and his body found in the West Bank early Thursday morning, prompting a massive manhunt for the teen’s killer.

The soldier, who was not in uniform and was unarmed at the time of the attack, was later named as Dvir Sorek from the West Bank settlement of Ofra. Sorek was the grandson of Rabbi Binyamin Herling, who was murdered in a terror attack in 2000.

“The security forces are currently in pursuit to apprehend the abhorrent terrorist and bring him to justice,” Netanyahu said. “On behalf of myself and the government, I send condolences to the family.”

19-year-old Corporal Dvir Sorek was stabbed and killed in a terrorist attack early this morning, while neither armed nor in uniform, close to the Yeshiva where he was studying.

May his memory be a blessing. pic.twitter.com/JrJdlJGlUM

Sorek was studying in what is known as a Hesder yeshiva in a program that combines military service with Jewish study.

As of Thursday morning, no Palestinian terror group had taken responsibility for the murder.

“He went to Jerusalem to buy presents for his rabbis and on the way back there was an attack. He was found clutching the books that he’d bought,” Rabbi Shlomo Wilk, the head of the Migdal Oz yeshiva, where Sorek was a student, told Army Radio.

IDF troops, Israel Police and members of the Shin Bet security service were deployed in large numbers to carry out the manhunt, the army said. 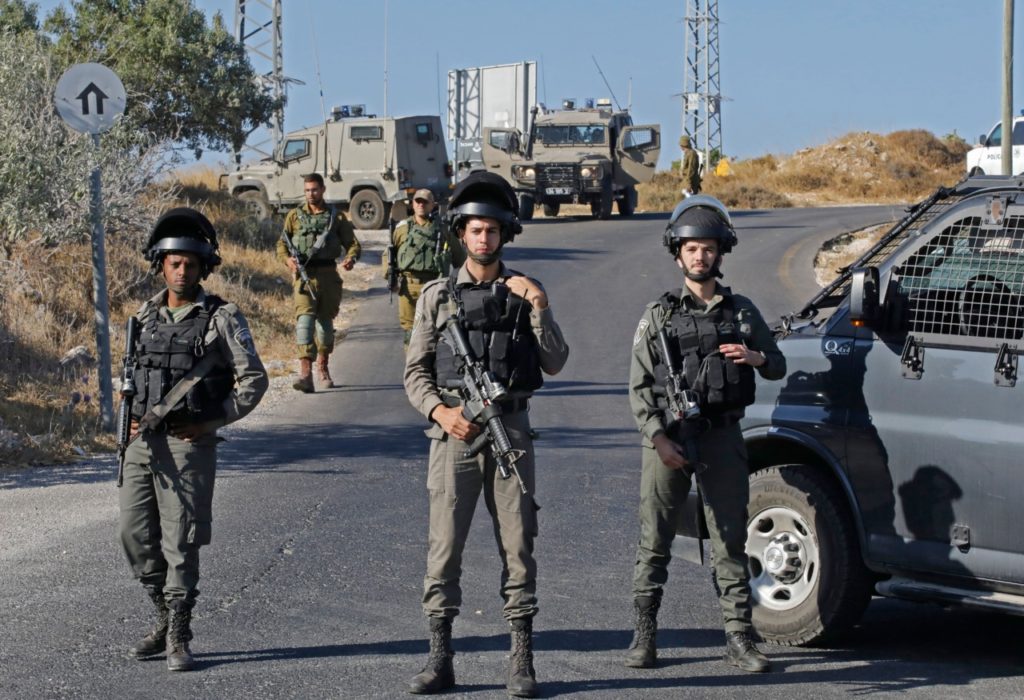 Israeli soldiers stand guard next to the site where the body of an Israeli soldier was found with multiple stabs near the settlement of Migdal Oz in the occupied West Bank on August 8, 2019. The incident sparked a manhunt by security forces and risked boosting Israeli-Palestinian tensions weeks ahead of September 17 Israeli polls. ( MENAHEM KAHANA/AFP/Getty Images)

“A number of Hamas military cells have been uncovered in the Judea and Samaria [West Bank] area in recent weeks who were operating under the instruction of Hamas in the Gaza Strip and who were planning to carry out terror attacks against Israeli and Palestinian Authority targets,” the Shin Bet said.

“The operatives in the West Bank were instructed to form cells in order to carry out kidnappings, shootings and stabbings, purchase weaponry, and find and recruit additional operatives for terrorist activities,” the security agency added.

A day earlier, the Shin Bet said it had thwarted a planned bus bombing in Jerusalem when it located three kilograms of explosives in a Hamas cell bust.