An Iranian female soccer fan who set herself on fire a week ago after being banned under Islamic sharia law from watching her favourite team play has died.

Radio Farda reports the 29-year-old, named only as Sahar, was detained by police while trying to get into the match in the Azadi Stadium in Tehran, Iran. She was disguised as a man at the time of her arrest.

It is believed she set herself on fire upon learning she could spend six months in prison for her “crime,” AP reported.

Her story has been followed closely by Iranians around the world who used the hashtag “blue girl” – a reference to the colors of her favourite team, Esteqlal of Tehran.

The authorities in the strict Islamic republic regularly stop women from entering stadiums, as Breitbart News has reported.

Female fans don fake beards, mustaches and wigs as a consequence to try and mingle with the crowds. 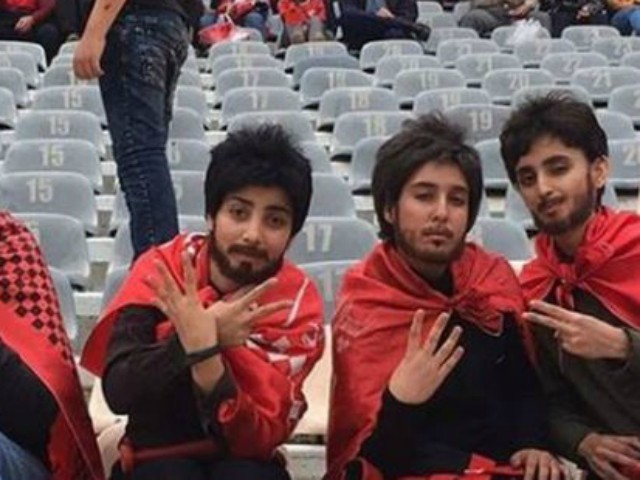 Female football fans donned fake beards, mustaches and wigs to sneak into a major soccer match in Iran in defiance of a government ban on female spectators (via Instagram).

Pictures of the women wearing their disguises as well as videos have been released (see above) after the event as participants sought to show the world their eagerness to defy Iran’s rulers and their religious rulings on female chastity and piety.

Masoud Shojaei, captain of the men’s national football team, posted a message of support for the woman’s cause to his 400,000 Instagram followers.

“As we are shocked by old limitations set for women, the future generations will be astonished to (find out) that women were banned from entering sports arenas in our time,” he wrote.

“The origin of such limitations is the rotten and disgusting thinking of the past, and will be incomprehensible for the next generation.”

The minister of information and communications technology, Mohammad Javad Azari Jahromi, described the death as a “bitter incident.” Female lawmaker Parvaneh Salahshouri called Khodayari “Iran’s Girl” and tweeted: “We are all responsible.”

The stadium ban is not written into law or regulation but Iranian women have long been banned from men’s soccer matches based at least partly on the theory that females should not hear fans swear. Prior to the Islamic revolution of 1979, women were allowed to attend any and all sporting events.

As recently as last June administrators of soccer’s 2022 World Cup expressed exasperation with Iran after it reneged on promises to let female sports fans attend matches to cheer on the national team.