BERLIN (AP) — Thousands of people in the German city of Cologne and in the French capital demonstrated Saturday against Turkey’s offensive in northern Syria.

Cologne city authorities said around 10,000 people took part in marches organized by left-wing groups. Police were out in force amid concerns about possible violence but authorities said the event was largely peaceful.

In Paris, more than 1,000 gathered at the Place de la Republique to denounce Turkey’s actions. Some displayed banners saying “The Turkish state is committing crimes against humanity in total impunity.”

Turkey’s incursion into Syria, aiming to rid the border area of Kurdish fighters as U.S. forces withdraw, has caused death and destruction and sent tens of thousands of civilians fleeing their homes. 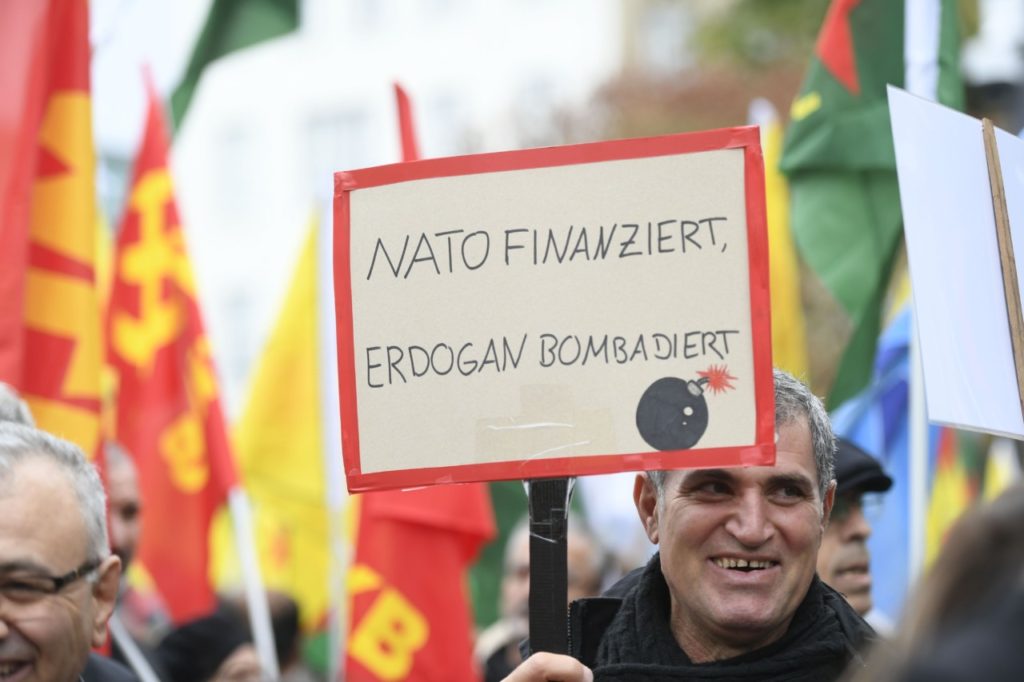 A protester holds a placard reading “NATO finances, Erdogan bombards”, during a pro-Kurdish demonstration in Cologne, Germany on October 19, 2019. (INA FASSBENDER/AFP via Getty)

“America has abandoned us. Everyone has abandoned us,” said Kurdish student Zade Adjoev in Paris, noting that the Kurds were on the front line as partners with the U.S.-led coalition against the Islamic State group. “When it works for them, they call us Kurds. When it doesn’t, we are terrorists.”

A member of the Kurdish Democratic Council in France, Cemile Renklicay, called Turkey a “more dangerous enemy” than the Islamic State group because the extremists “didn’t have fighter jets.”

In Cologne, some demonstrators carried flags of the Syrian Kurdish force known as the People’s Protection Units, or YPG, which Turkey is trying to push back. Others carried placards with slogans such as “No deals with the AKP regime” — a reference to Turkish President Recep Tayyip Erdogan’s party.

Germany is home to large Turkish and Kurdish communities, and tensions between them have turned violent in the past. 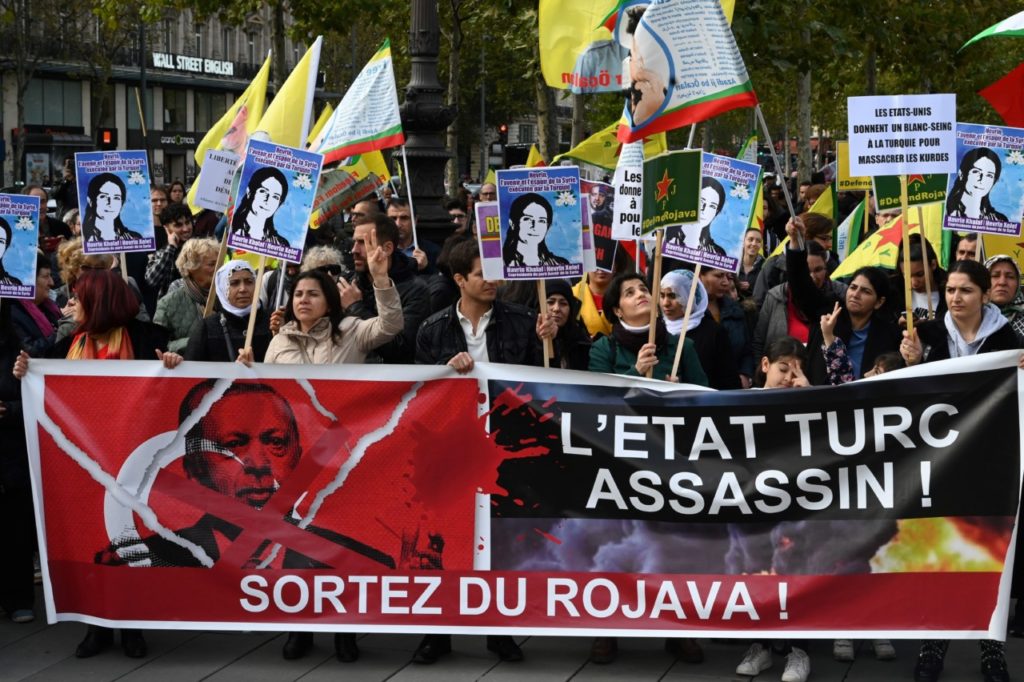 Kurdish demonstrators protest against Turkey’s president and Turkish military action in northern Syria on October 19, 2019 on the place de la Republique in Paris. – Turkish President on October 19, 2019 warned that Turkey would “crush the heads” of Kurdish forces if they did not withdraw from a proposed safe zone along the border under a US-brokered deal. (DOMINIQUE FAGET/AFP via Getty Images)