According to the official Saudi Press Agency (SPA) the Saudi government “appreciates the great efforts of the U.S. administration in pursuing the members of this dangerous terrorist organization, which distorted the true image of Islam and Muslims around the world and committed atrocities and crimes that contradict the most basic human values in many countries including the Kingdom.”

The source stressed the Kingdom of Saudi Arabia  is working with its allies, led by the United States of America, “in combating terrorism, drying up its sources and confronting its dangerous criminal ideology.” 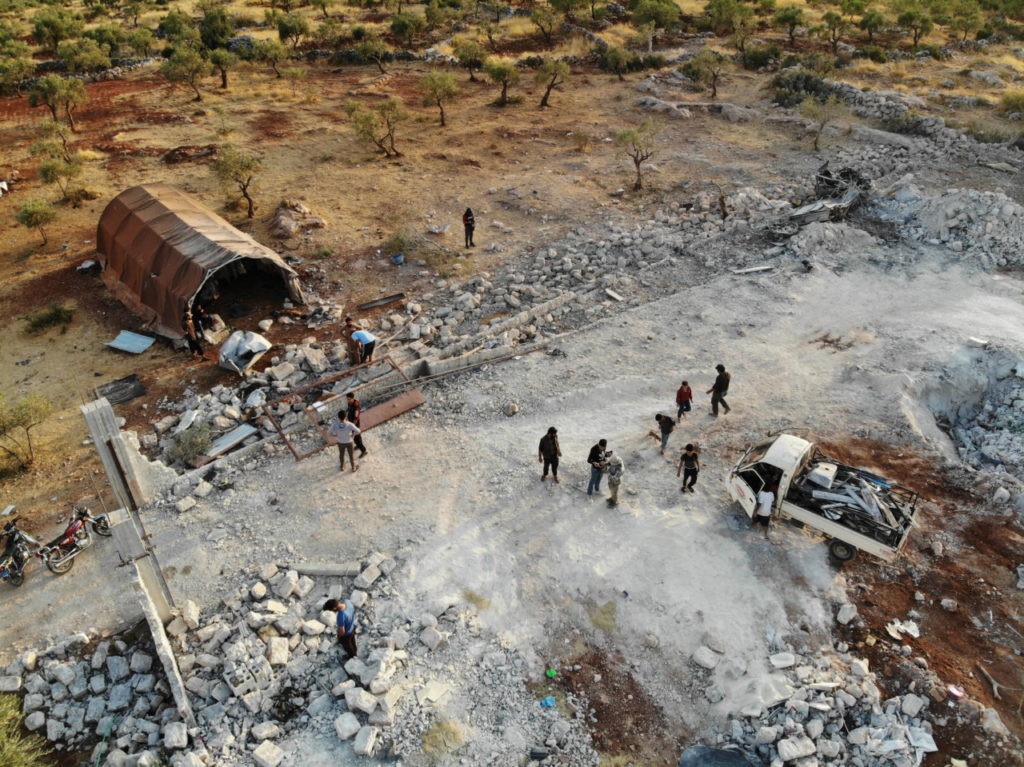 An aerial view taken on October 27, 2019 shows the site that was hit by helicopter gunfire which reportedly killed nine people near the northwestern Syrian village of Barisha in the Idlib province along the border with Turkey, where “groups linked to the Islamic State (IS) group” were present, according to a Britain-based war monitor with sources inside Syria. – The helicopters targeted a home and a car on the outskirts of Barisha, the Syrian Observatory for Human Rights said, after US media said IS leader Abu Bakr al-Baghdadi was believed to be dead following a US military raid in the same province. Observatory chief Rami Abdel Rahman said the helicopters likely belonged to the US-led military coalition that has been fighting the extremist group in Syria. (OMAR HAJ KADOUR/AFP via Getty Images)

The U.S. Army’s Delta Force, 75th Ranger Regiment, and the 160th Special Operations Aviation Regiment conducted the raid on the world’s most wanted jihadi, Abu Bakr al-Baghdadi, the emir of the Islamic State in Iraq and Syria (ISIS), according to two U.S. officials.

“He reached the end of the tunnel, as our dogs chased him down. He ignited his vest, killing himself and the three children. His body was mutilated by the blast. The tunnel had caved in on it, in addition. But test results gave certain  immediate and totally positive identification. It was him,” Trump said.