Iran threw the propaganda switch to hyperbolic overdrive Sunday morning, calling U.S. President Donald Trump a “terrorist in a suit” after he threatened to hit 52 Iranian sites hard if Tehran attacks Americans or U.S. assets in retaliation for the strike against military commander Qasem Soleimani.

“Like ISIS, Like Hitler, Like Genghis! They all hate cultures. Trump is a terrorist in a suit. He will learn history very soon that NOBODY can defeat ‘the Great Iranian Nation & Culture’,” Information and Telecommunications Minister Mohammad Javad Azari-Jahromi tweeted.

Soleimani was the architect of Tehran’s overseas clandestine and terrorist operations as head of the Revolutionary Guards’ Quds Force.

Giving no indication of seeking to defuse tensions after the strike he ordered, Trump issued a stern threat to the Islamic Republic.

In a tweet that defended Friday’s U.S. drone strike, Trump said 52 represents the number of Americans held hostage at the U.S. embassy in Tehran for more than a year starting in late 1979. 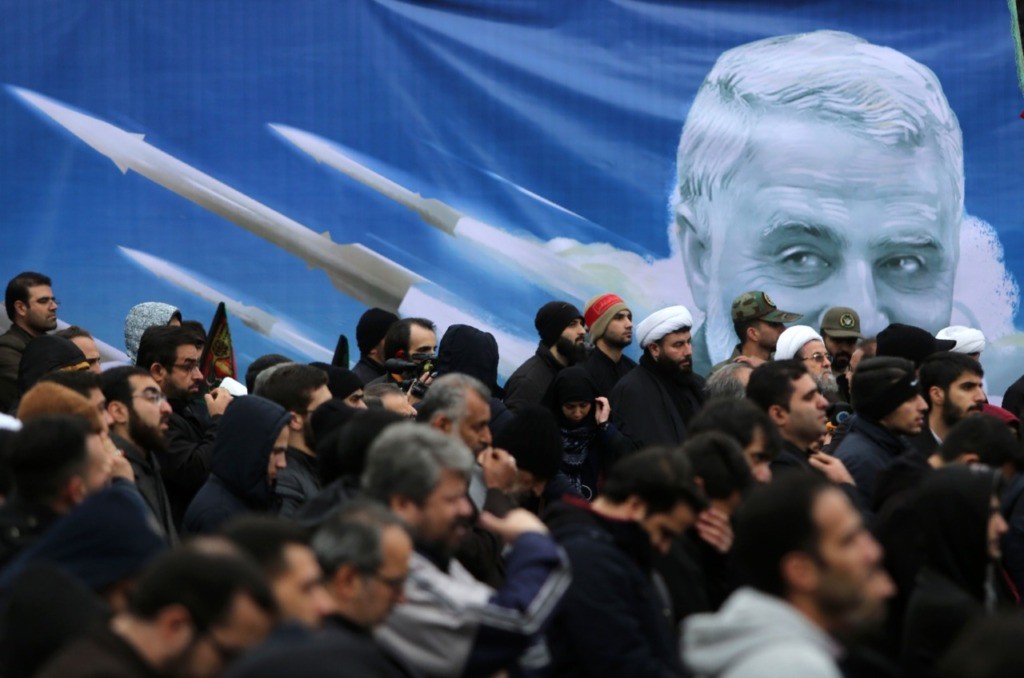 Trump said some of these sites are “at a very high level & important to Iran & the Iranian culture, and those targets, and Iran itself, WILL BE HIT VERY FAST AND VERY HARD. The USA wants no more threats!”

Trump spoke out after pro-Iran factions ramped up pressure on U.S. installations across Iraq with missiles and warnings to Iraqi troops — part of an outburst of fury over the killing of Qasem Soleimani, described as the second most-powerful man in Iran.

Meanwhile, tens of thousands of Iraqis including Prime Minister Adel Abdel Mahdi, political leaders and clerics attended a mass ceremony to honor Soleimani and the other victims.

They waved white Hashed flags and massive portraits of Iranian and Iraqi leaders, furiously calling for “revenge” and chanting “Death to America!”