TEL AVIV – A senior Iranian chess official is afraid to return to her home country after photos of her without a headscarf while at a tournament in Shanghai caused an outcry back home.

Women in Iran are routinely arrested for not adhering to a strict Islamic dress code which includes the hijab.

“I turned on my mobile and saw that my picture was everywhere [in Iranian media]. They were claiming I was not wearing a headscarf and that I wanted to protest against the hijab,” Shohreh Bayat, 32, told the BBC , adding that she “totally panicked” when she saw the controversy she had caused.

“It’s against my beliefs. People should have the right to choose the way they want to dress, it should not be forced,” Bayat, who is a chess adjudicator, said.

Bayat, speaking from Vladivostok in eastern Russia where she is now refereeing the second leg of the World Championship, said she had been wearing the headscarf but from certain angles it looked as though she hadn’t. 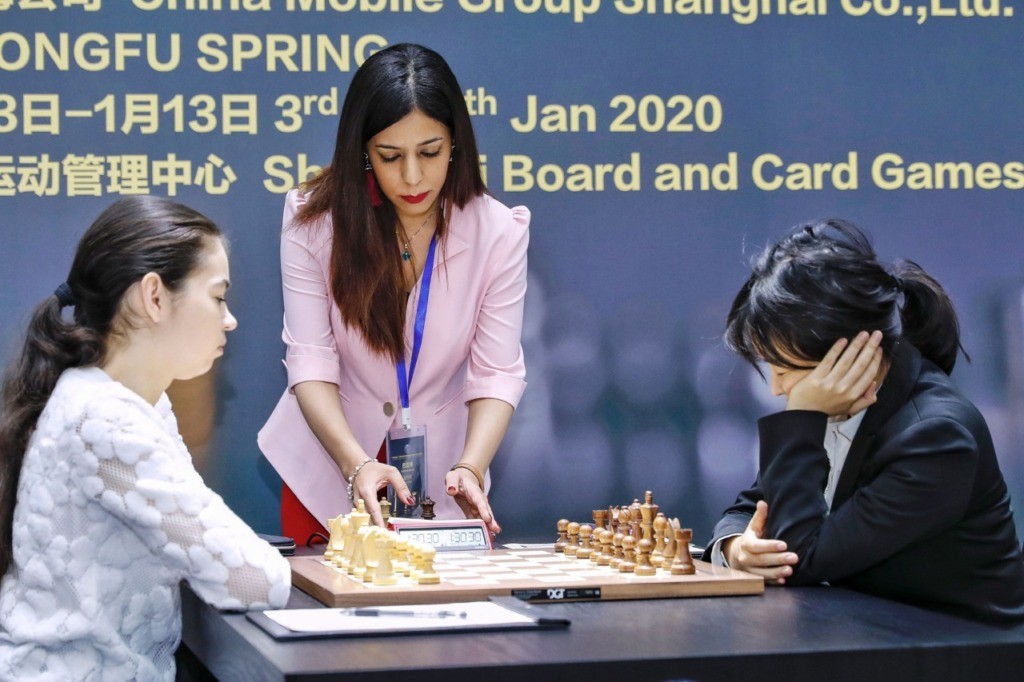 Shohreh Bayat (C), chief arbiter for the match between Aleksandra Goryachkina (front L) of Russia and Ju Wenjun (front R) of China, prepares for the match during the 2020 International Chess Federation (FIDE) Women’s World Chess Championship in Shanghai on January 11, 2020. (STR/AFP via Getty)

“I was tolerating it because I live in Iran. I had no other choice.”
She added that it was “highly possible” she would be arrested upon her return to Iran, or else to have her passport invalidated.

“There are many people in prison in Iran because of the headscarf. It’s a very serious issue. Maybe they’d want to make an example of me,” she told the BBC.

Bayat was angered that the controversy has overshadowed her impressive achievements in chess, the report said. She’s one of handful of women who are senior chess arbiters in the world, and the only one in Asia.

“I can’t think of any Iranian women who have worked at such a high-level tournament. But the only thing that matters for them is my hijab, not my qualification. That really bothers me,” Bayat said.