TEL AVIV – Thousands of Palestinians took to the streets in Gaza Tuesday and burned pictures of President Donald Trump hours ahead of the unveiling of his peace plan and a day after Palestinian Authority President Mahmoud Abbas called for a day of rage in protest over the American proposal. 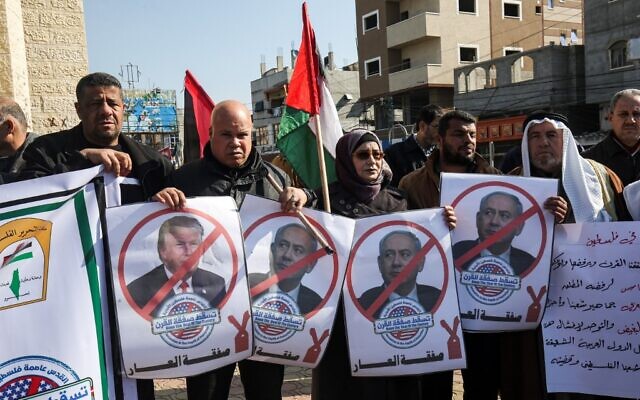 Palestinian demonstrators chant slogans while holding defaced portraits of U.S. President Donald Trump and Prime Minister Benjamin Netanyahu, during a protest against Trump’s expected announcement of a peace plan, in Rafah in the southern Gaza Strip on January 28, 2020. (Photo by SAID KHATIB / AFP)

On Monday evening Abbas called for “escalation on all fronts” in popular resistance, the Ynet news site said. “Difficult days are ahead of us,” Abbas said at a closed-door meeting of his ruling Fatah faction. 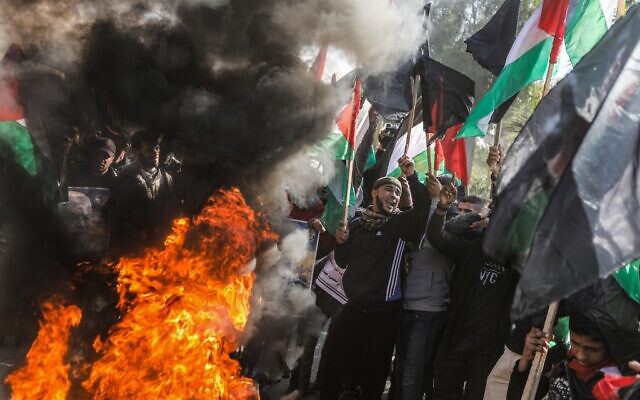 “We need to escalate popular resistance on all fronts and recruit the young, not abandon the streets,” said Abbas. “We will stand united in the coming days and examine the position of Hamas and Islamic Jihad. In the coming days, we will be in a state of emergency and we will invite everyone to join us, we need them all.”

In Gaza City Tuesday, protesters burned pictures of Trump and Prime Minister Benjamin Netanyahu, who is with the American president in Washington, and held a banner reading “Palestine is not for sale.” 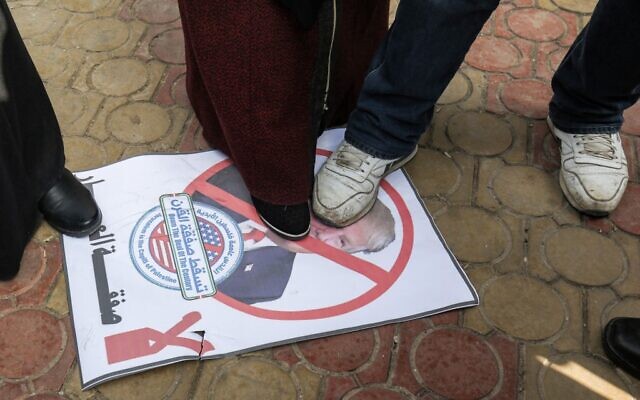 Palestinian demonstrators step with their feet on a poster showing the face of US President Donald Trump during a protest against his expected announcement of a peace plan, in Rafah in the southern Gaza Strip on January 28, 2020. (Photo by SAID KHATIB / AFP)

The Palestinians have rejected the plan from the onset. 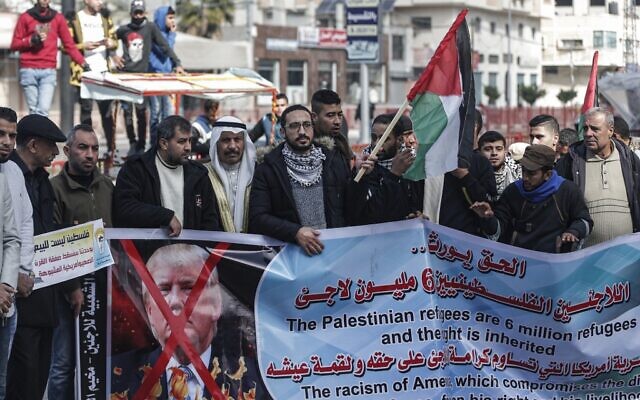 Palestinian demonstrators chant slogans during a protest against US President Donald Trump’s expected peace plan proposal in the Bureij refugee camp in the central Gaza Strip on January 28, 2020. (Photo by MAHMUD HAMS / AFP)

Palestinian sources said Abbas has refused to speak to Trump over the phone while Fatah on Monday released a statement calling the U.S. administration “the main partner in the occupation.”

The statement also described Trump’s actions towards Israel as “repugnant.”

“We are in a state of constant self-defense of our land and rights and we will not give in to any pressure, intimidation or temptation doing so,” the Fatah statement said.

In a rare show of solidarity, the Gaza-ruling terror group Hamas said it would join Fatah, its main rival, in a meeting set for after the plan’s unveiling.

On Sunday, Abbas’s spokesman Nabil Abu Rudeineh indicated that the Palestinians could dissolve the PA in protest over the plan. The IDF is gearing up to deploy more troops to the Jordan Valley, which the Trump deal is expected to offer full Israeli sovereignty over.

Defense Minister Naftali Bennett warned against further violence on the part of the Palestinians and instructed the military to be on high alert. 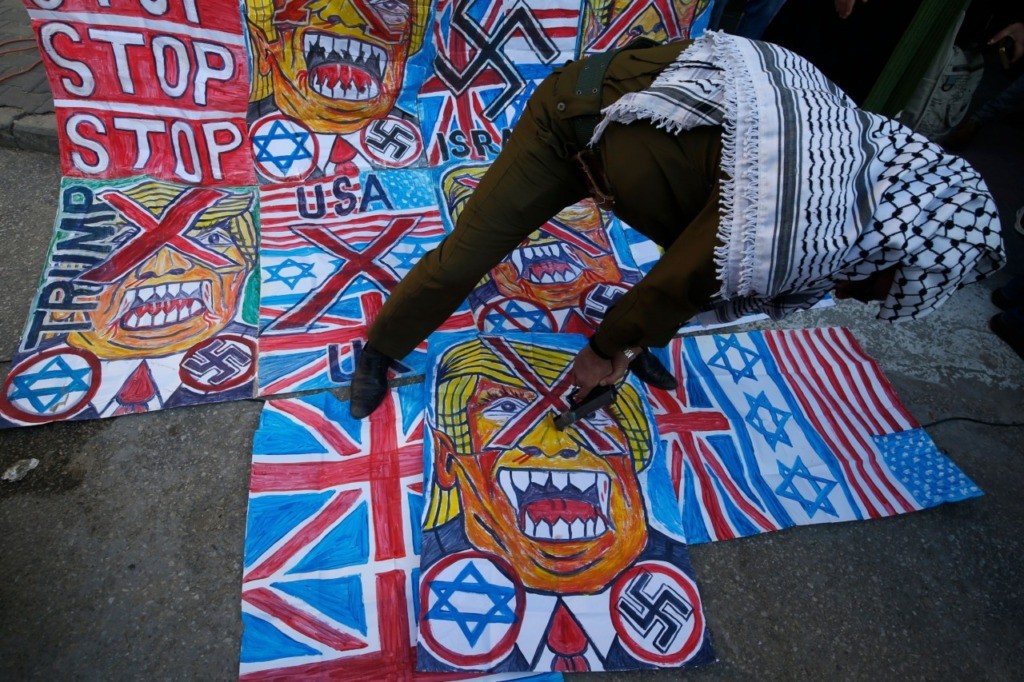 A Palestinian demonstrator, dressed up like the late leader Yasser Arafat, points a toy gun on a cartoon drawing depicting U.S. President Donald Trump during a protest against his Middle East peace plan in Gaza City.( MOHAMMED ABED/AFP via Getty Images)