Japan despatched a navy destroyer to the Middle East on Sunday for a rare overseas mission to help ensure the safe passage of shipping transiting the Persian Gulf, Gulf of Oman and Bab el-Mandeb.

One-third of the world’s seaborne crude and fuels passes from the Persian Gulf through the narrow Strait of Hormuz and into the Gulf of Oman on its journey to international markets. The Bab el-Mandeb is a bottleneck at the southern tip of the Red Sea for ships sailing to and from the Suez Canal.

The Japan Maritime Self-Defense Force (JMSDF) warship sailed from the Yokosuka naval base, south of Tokyo, for an information gathering mission in the northern parts of the Arabian Sea and parts of the Gulf of Aden.

Japan plans to rotate JMSDF destroyers in three four-month tours over the course of the one-year Middle East mission, which could be extended with Cabinet approval, the Japan Times reports. 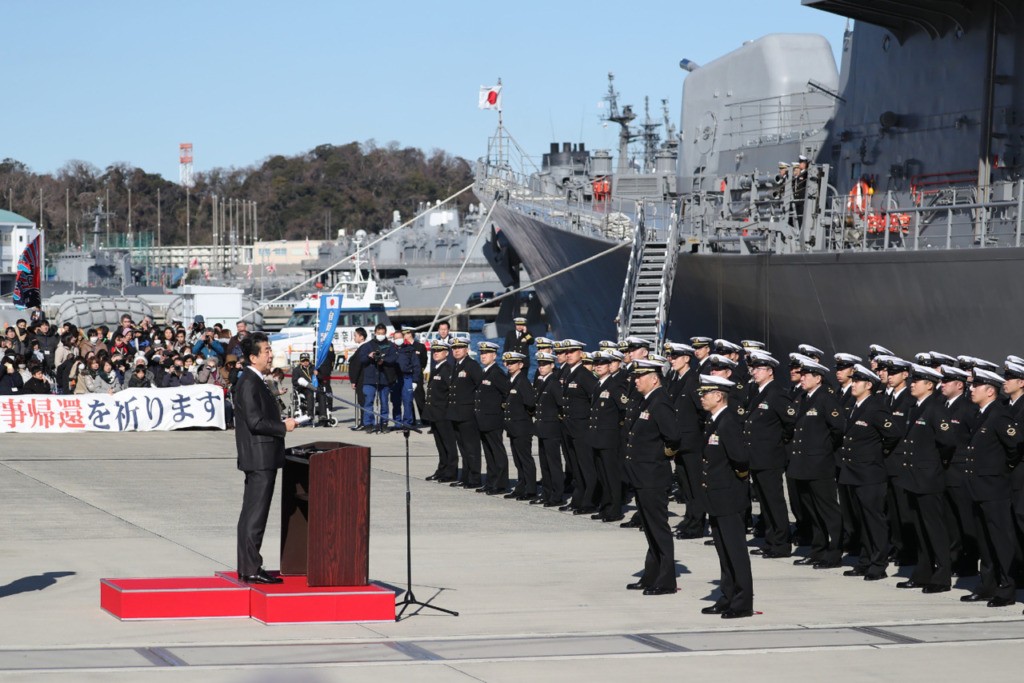 Japan’s Prime Minister Shinzo Abe (L) speaks during a ceremony to mark the departure of Japan’s Maritime Self-Defence Force destroyer “Takanami” for the Middle East, at Yokosuka Naval Base in Yokosuka, Kanagawa prefecture on February 2, 2020. – Japan dispatched the naval destroyer to Middle East for a rare overseas mission to ensure safety of Japanese ships amid lingering tension between Iran and the US. (( STR/JIJI PRESS/AFP via Getty Images)

Japan earlier decided not to take part in the U.S.-led Operation Sentinel to protect shipping routes in the region alongside naval assets from the U.K. and Australia, instead preferring to operate alone.

“Securing safety of vessels related to Japan is an important duty of the government,” Prime Minister Shinzo Abe told the crew members of the 4,650-ton ship — the Takanami — as it readied to leave port.

Under the plan, Japan is sending about 260 Maritime Self-Defense Force personnel with the destroyer and a pair of P-3C reconnaissance aircraft, mainly for intelligence-gathering.

The Japanese Cabinet’s decision to insert military assets into the region reflects tensions that have escalated between Iran and the U.S. since President Donald Trump withdrew from Iran’s Obama-negotiated 2015 nuclear deal.

The government changed the interpretation of the Constitution five years ago to allow limited use of military force when the Japan’s survival is threatened, as Breitbart News reported.

”Taking into consideration the escalating tension in the Middle East, it is necessary to strengthen our information gathering effort,” Chief Cabinet Secretary Yoshihide Suga told a news conference last December when the deployment was first announced. 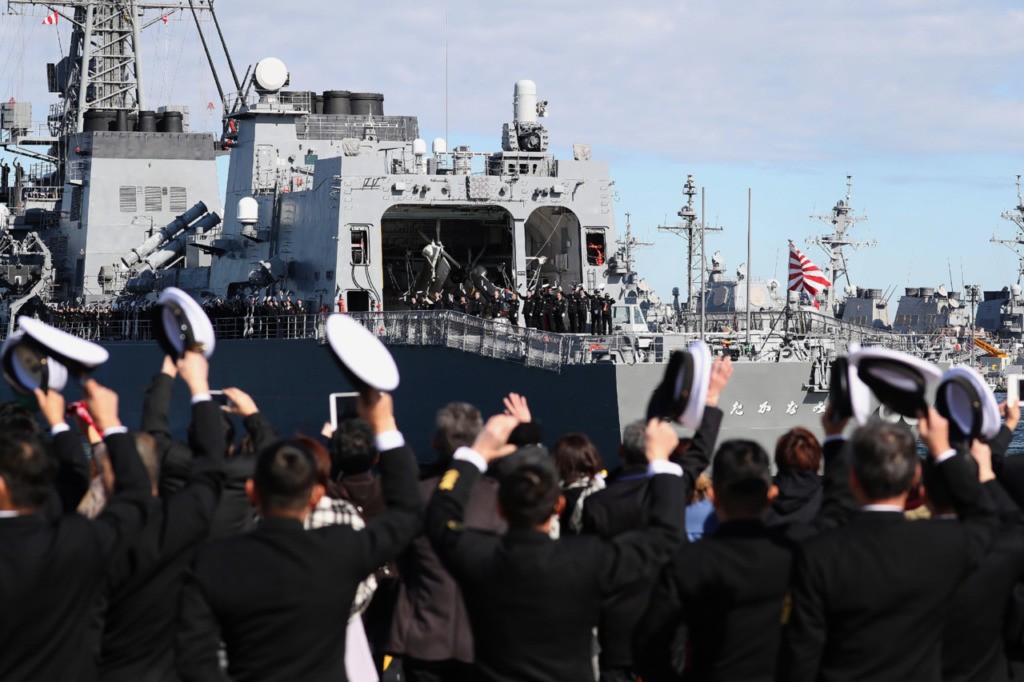 Citing Japan’s heavy dependence on oil imports from the region, Suga added “it is extremely important to secure the safe navigation of Japan-affiliated ships.”

Sending warships to areas of military tension is a highly sensitive issue in Japan, where its pacifist postwar constitution strictly limits use of force to the country’s self-defense only. Prime Minister Shinzo Abe, however, has gradually expanded Japan’s military role.

Last June, a Japanese-operated tanker was attacked in the Gulf of Oman, which Washington said Iran was responsible and urged Japan to join the U.S.-led military initiative.