LOS ANGELES, California — Anti-Israel protesters gathered outside the Israeli consulate Wednesday to demonstrate against the possible extension of Israeli sovereignty to parts of Judea and Samaria.

The demonstration was part of a worldwide “Day of Rage” against Israel by pro-Palestinian groups, according to JNS.

With “No 2 Annexation” signs and Palestinian flags, the anti-Israel group was met late Wednesday morning by a group of pro-Israel demonstrators waving Israeli and American flags. 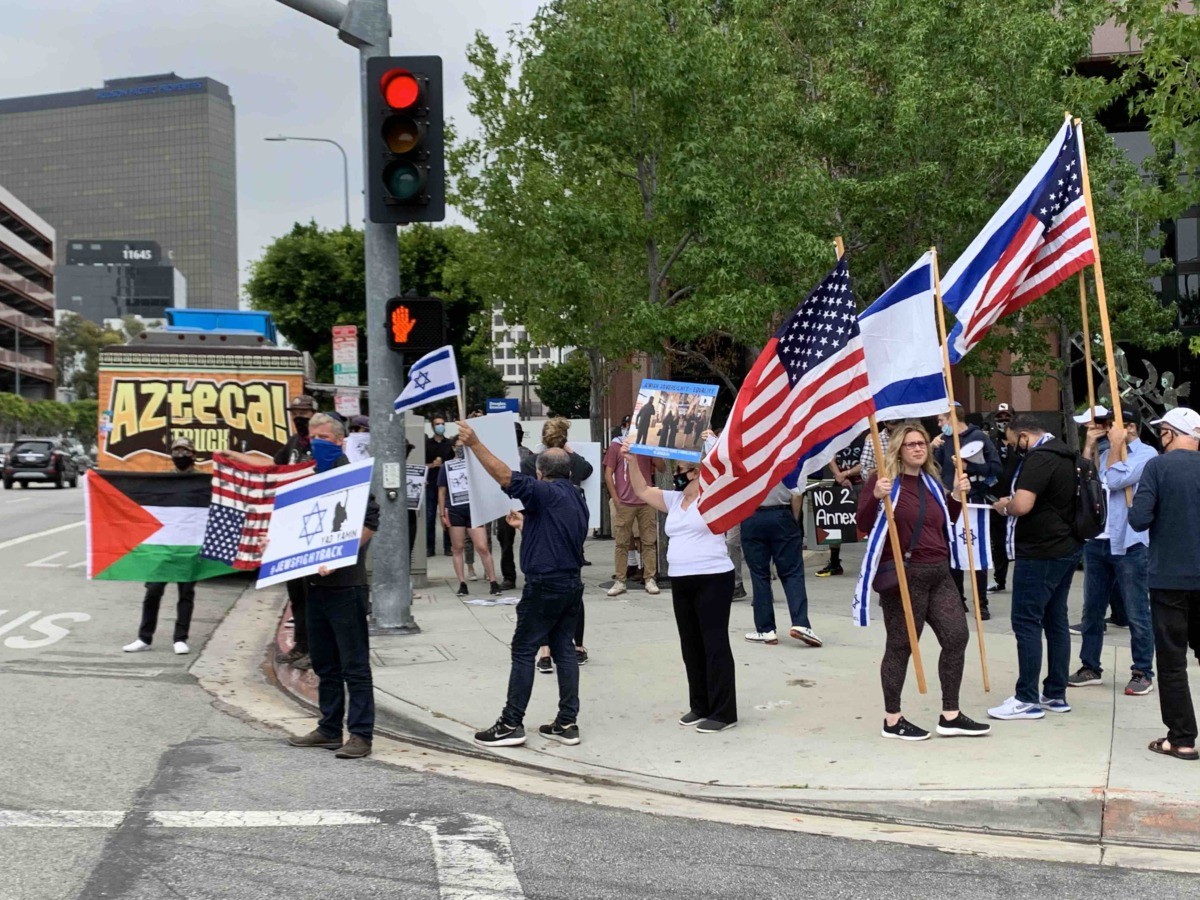 The anti-Israel side had one upside-down American flag, which had been spray-painted with the words: “FREE PALESTINE.” 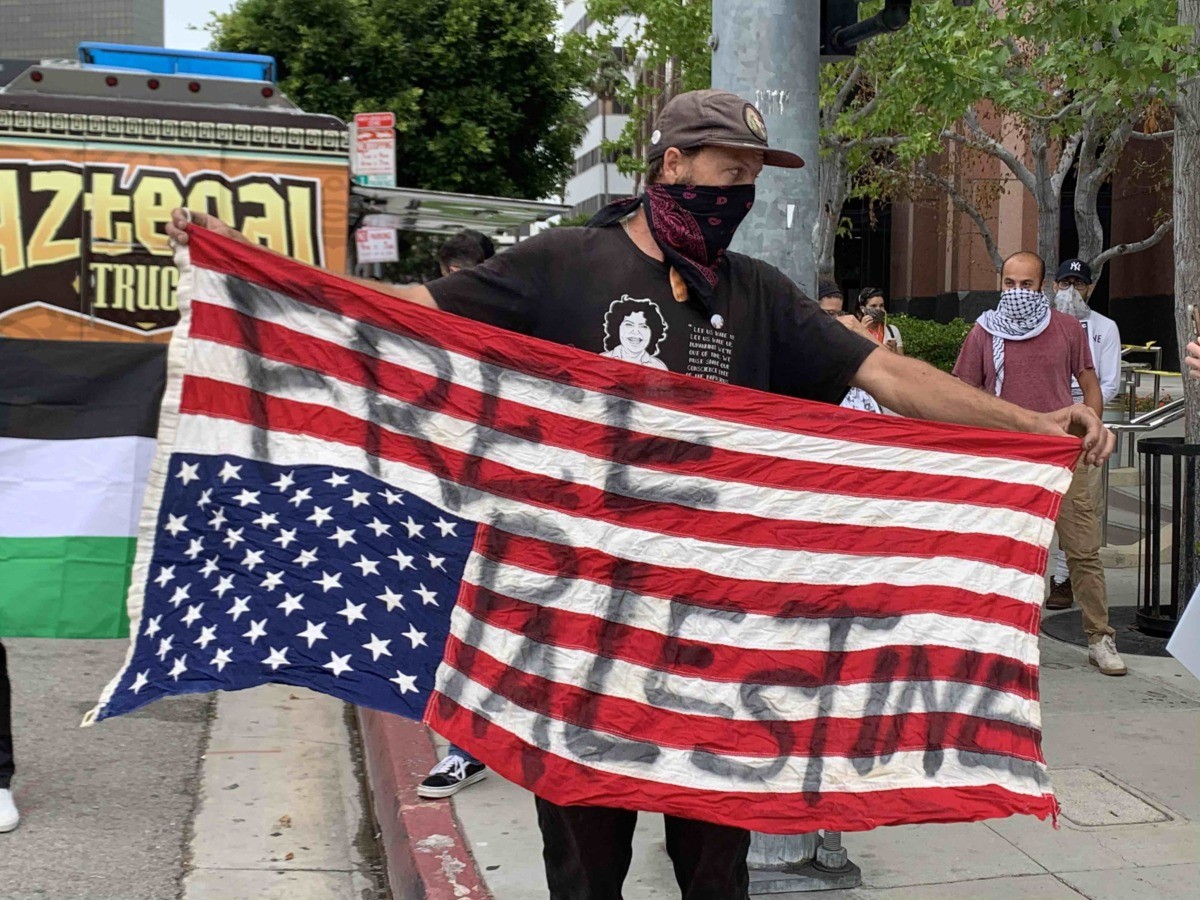 The Israel government of Prime Minister Benjamin Netanyahu is considering whether to extend Israeli law to Jewish communities in what is also known as the West Bank, as well as the strategic Jordan River Valley.

But for the two groups, the real dividing line was not “sovereignty” or “annexation,” but Israel’s very existence.

“We are here to remind them that Canaan landwas always for Palestinians,” said Moe, an anti-Israel demonstrator from L.A., referring to the original Biblical name of the territory.

(The name “Palestine” was bestowed by the Roman Empire after the destruction of the Israelite kingdom, centuries later.)

Moe faced off against a pro-Israel demonstrator for several minutes, shouting that the Palestinians did not, in fact, want “peace.” 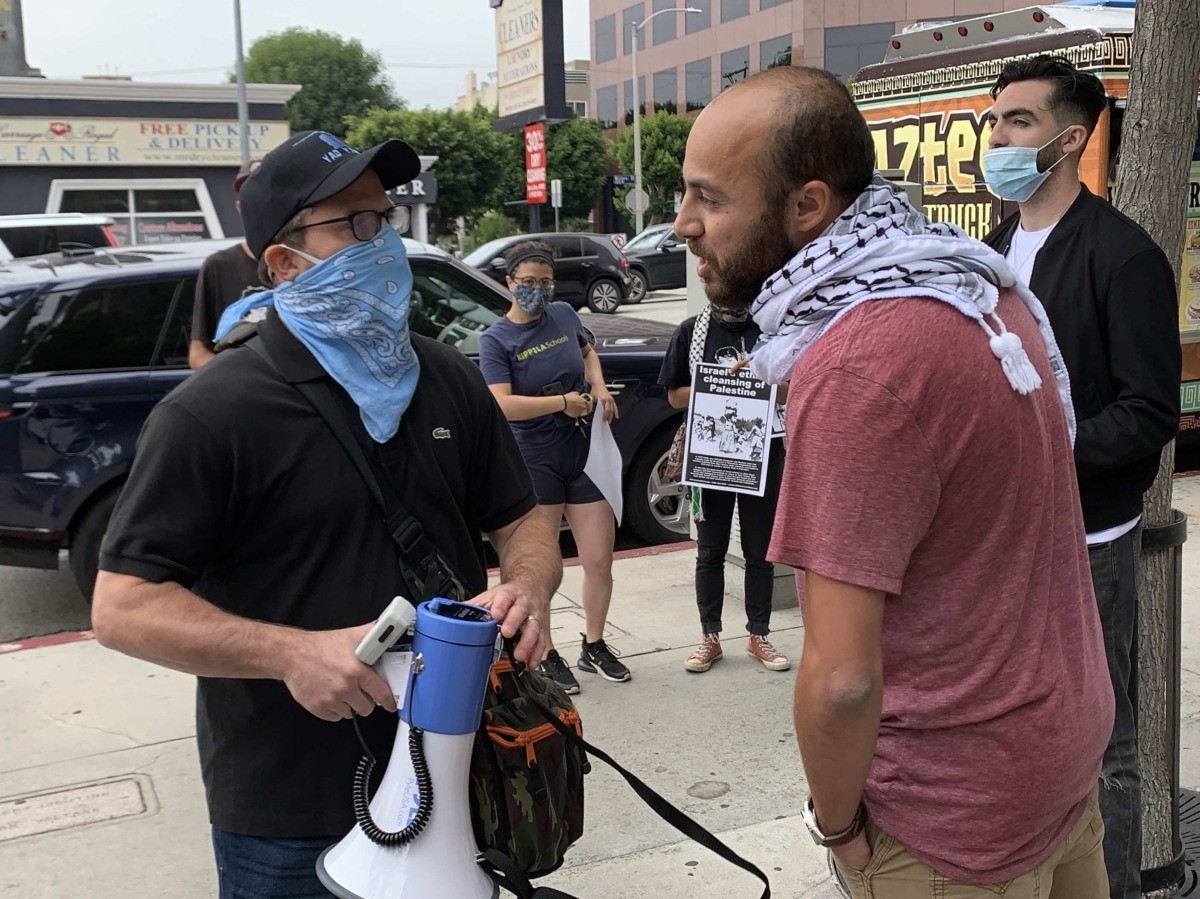 Ziporah Bank, an Israeli woman who immigrated to the U.S., said she did not use the word “annexation.” She called the extension of sovereignty “going home,” referring to the Biblical roots of the Jewish people.

She also cited the documents that form the basis of Jewish sovereignty over the territory under international law, such as the Balfour Declaration of 1917.

There were moments of tense confrontation — as well as dialogue — between the groups, and drivers on Wilshire Boulevard nearby shouted and honked encouragement to one side or the other.

Asked what he would do to resolve the conflict, Moe said: “At a minimum, let all the Palestinian refugees go back to Israel.

“Founding a nation based on religion is bullshit,” he added, apparently referring to Israel.

“Before occupation, everyone lived together peacefully,” he said.

He did not specify what he meant by “occupation.” Arab terrorist groups attacked Israel for decades before Israel took control of the West Bank in a defensive war in 1967. Arabs also massacred Jews in the city of Hebron in 1929, nearly two decades before independence in 1948. 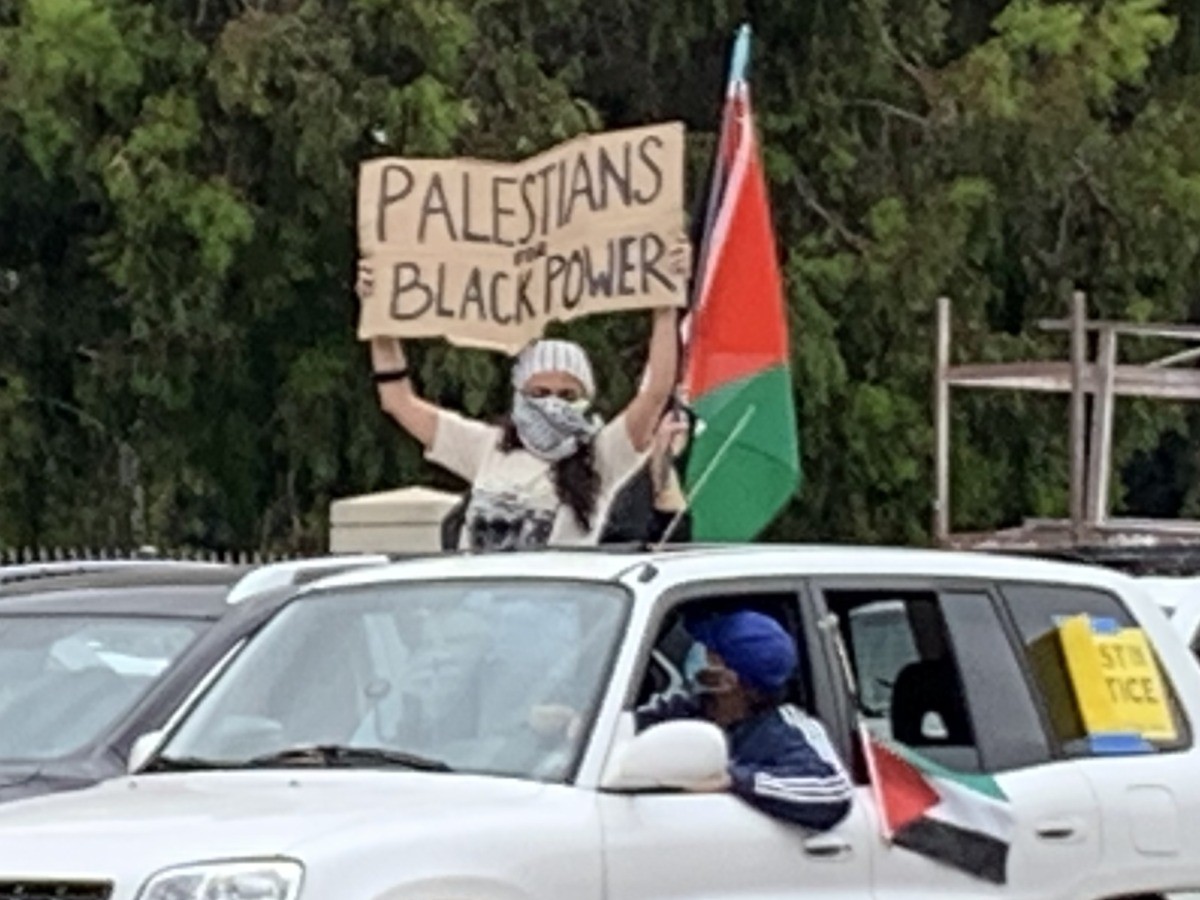 Photo 2: What that actually means pic.twitter.com/lv5HrcnGyr

The new U.S. peace plan for resolving the conflict allows Israel to extend sovereignty over territory currently under full Israeli control. The plan offers Palestinians a demilitarized state on most of the remainder, plus $50 billion in aid, if the Palestinian leadership renounces terror. After four years, the offer to Palestinians is void and Israel can draw its own boundaries.

This post has been updated to add information about the “Day of Rage.”