As a joint U.S.-Israeli delegation prepared to wrap up its historic visit to the United Arab Emirates in the wake of an agreement to establish diplomatic ties, Senior White House adviser Jared Kushner told a local news agency all 22 Arab countries would eventually normalize ties with Israel.

“One-hundred percent,” he said in an interview with the UAE’s WAM news agency when asked the whether he believed the Arab world would make peace with Israel one day.

“I believe that it is logical for them to do it and I believe it is the right thing to do over time,” he said, before continuing to outline why he was optimistic:

I think thanks to the UAE leadership there will be a much bigger coalition. [There will be] what I call ‘a vocal majority’ that will be in favor of normalizing. I think the vocal minority who have been against it will be more and more isolated in the region.

Kushner further predicted that another Arab state could normalize ties with Israel within “months.”

“Let’s hope it’s months,” he said when asked whether it could take years or months to see the fourth Arab state normalizing relations with Israel, but declined to name the country.

“Obviously anything could happen, but the reality is that a lot of people are envious of the move that the United Arab Emirates has made,” he said.

“A lot of people want access to the technology, economy and the advancements that Israel has,” he observed, calling Israel the “Silicon Valley for the Middle East.”

“From a faith point of view, many Muslims are excited to pray at Al Aqsa Mosque through the United Arab Emirates I think this is going to be the start of something really exciting and my hope is that more and more countries would want this because being apart doesn’t benefit anybody. 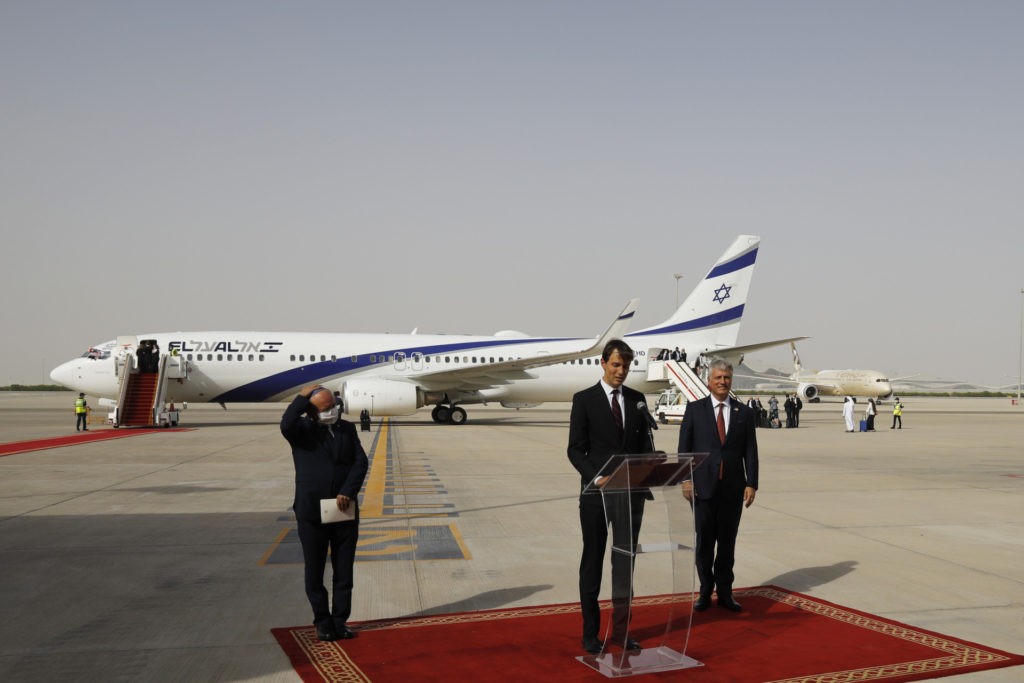 “We don’t solve problems by not talking to each other. So, normalizing relations and allowing people-to-people and business exchanges will only make the Middle East stronger and a more stable place,” he continued.

With regards to Israel’s plan to apply sovereignty to the West Bank, which was suspended in light of the deal with the UAE, Kushner said discussions would resume at some point “in the future” but “not in the near future.”

“Israel has agreed to suspend the annexation and suspend the Israeli law to those areas for the time being, but in the future, I am sure that it is a discussion that we will be had, but not in the near future,” he said.

UAE Foreign Ministry Director of Policy Planning Jamal al-Musharakh on Tuesday said that his government had been given assurances that Israel would not advance with the plans.

“We cannot speculate on future Israeli actions. We have assurances from the US on this, and through our trilateral dialogue,” Musharakh said.

He said annexation would not threaten the ties between the countries, adding that “bilateral relations are well underway in various fields.”

According to the Jerusalem Post, one official said that the issue of halting annexation may have impacted timing but that was not the reason that the UAE agreed to the deal. “The UAE needs to do things in its own interest and not listen to others’ diktats,” the newspaper cited the official as saying.

Prime Minister Benjamin Netanyahu has repeatedly said that the U.S. requested that West Bank sovereignty was suspended. He also told an Emirate news station earlier this month that Israel is putting peace with Arab countries before annexation for now.