Iraq’s Kurdistan Regional Government (KRG) estimated in a report published Wednesday nearly 3,000 Yazidis remain missing in the wake of the Islamic State (ISIS) genocide against them.

The KRG data lists 2,880 Yazidis among the 6,417 displaced by ISIS forces whose fate remains unknown, according to Rudaw, a Kurdish news outlet.

Yazidis are a minority group situated in northern Iraq who practice an ancient brand of monotheism distinct from both Islam, which commands a strong majority of the populace, and Christianity, which formerly held that distinction. Also known as Dasni, the Yazidi faith precedes both. Prior to the ISIS invasion in 2014, the total Yazidi population stood somewhere between 300,000 and 700,000 inside Kurdistan. Iraq has a population of roughly 38 million.

Caliphate forces took the city of Sinjar, a major Yazidi center, in 2014 and implemented a brutal extermination program which, apart from mass executions, included the seizure and indoctrination into jihadist ideology of thousands of Yazidi children.

As non-Muslims, ISIS labeled Yazidis “devil worshippers” and sought either to eliminate them or indoctrinate their children with the regime’s beliefs. Young Yazidis found themselves assigned to Islamic households, given Arabic names, forced to embrace the Islamic faith, and forbidden to speak their mother tongue, Ezidi Press reported.

The women and girls unfortunate enough to fall into ISIS custody faced enslavement and extreme sexual abuse at the hands of their captors. KRG data reveals women and young girls comprise the majority of kidnapped Yazidis, with 3,548 such cases as opposed to 2,869 males.

Ezidi Press further noted in a report this week on the missing that “the enslavement, systematic rape, and trafficking of Ezidis was an essential part” of the “caliphate’s” ideology and operations which even worked its way into the radicalized Islamic theology dominating the regime. 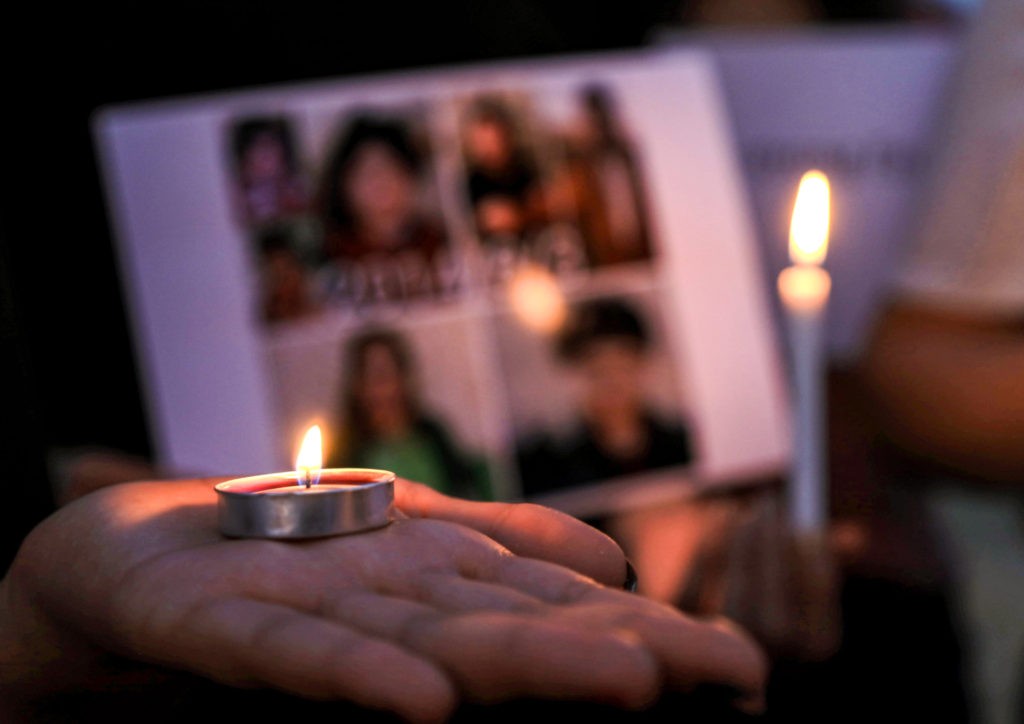 Iraqi Yazidis attend a candle-lit vigil in the Sharya area, some 15 kilometres from the northern city of Dohuk in the autonomous Iraqi Kurdistan region on August 3, 2020, marking the sixth anniversary of the Islamic State (IS) group’s attack on the Yazidi community in the northwestern Sinjar district. (SAFIN HAMED/AFP via Getty Images)

Though Kurdish Peshmerga forces, working in tandem with the United States, completely expelled ISIS from the country and seized its final stronghold there three years ago, many difficulties remain, obstructing efforts by the Yazidis and the KRG to identify survivors of the genocidal indoctrination program.

With the passage of six years since the beginning of the genocide, it is no small matter for parents to recognize their children, even should they encounter one another during a sweep of the refugee camps. In many cases, verifiable identification of kidnapped children will require DNA testing, which is cost-prohibitive for many desperate families.

Complicating matters further are the horrendous scenarios in which parents must pay a ransom to recover their lost offspring. In one instance, an uncle managed to recover his nephew, but not before proffering a ransom of $30,000, which Ezidi Press noted as an extreme example. Such ransoms, negotiated through the KRG’s Office for the Rescue of Kidnapped and Abducted Yazidis, place a great deal of financial strain on the recovery effort, which has prompted the assistance of several NGOs in raising funds.

Alleged corruption within the office has hindered this effort further.

Even so, the KRG continues to work with the Yazidi community to identify and repatriate its kidnapped members. In early August, KRG Prime Minister Masrour Barzani marked the sixth anniversary of the genocide with a statement of continued support and an appeal to the Iraqi federal government for aid in the effort:

On the sixth anniversary of the invasion of Shingal and the appalling genocide of Yazidi brothers and sisters by ISIS terrorists, I pay tribute to victims of this massacre. In a brutal attack on the Yazidi homeland, ISIS terrorists massacred, kidnapped and displaced thousands of innocent men, women and children. The massacre of Yazidis in Shingal is one of the most evil crimes committed against humanity in recent times. This mass murder was part of an evil attack against the Kurdistani nation.

Barzani urged the Iraqi government in Baghdad to help the Kurds with rehabilitation efforts for the Yazidis, pleading, “I also call on the federal government to compensate Yazidis, and help internally displaced persons (IDPs) return to their ancestral homes with dignity.”