Landing in Bahrain late Sunday to formalize the newly signed, U.S-brokered normalization deal with Israel, the head of an Israeli delegation said in Arabic that Israel “extends its hands for genuine peace with the Bahraini people.”

“Together we will change the reality in the region for the benefit of our nations. God willing, we will host you in Israel soon,” Israeli National Security Adviser Meir Ben-Shabbat said, according to a translation by the Times of Israel.

He then switched to Hebrew and quoted from the Book of Genesis: “‘Let there be light, and there was light. And the Eternal One saw it was good.’ Let us bring light, and expand good.”

The joint U.S.-Israeli delegation arrived in the tiny Gulf kingdom in the first-ever nonstop passenger flight from Israel. 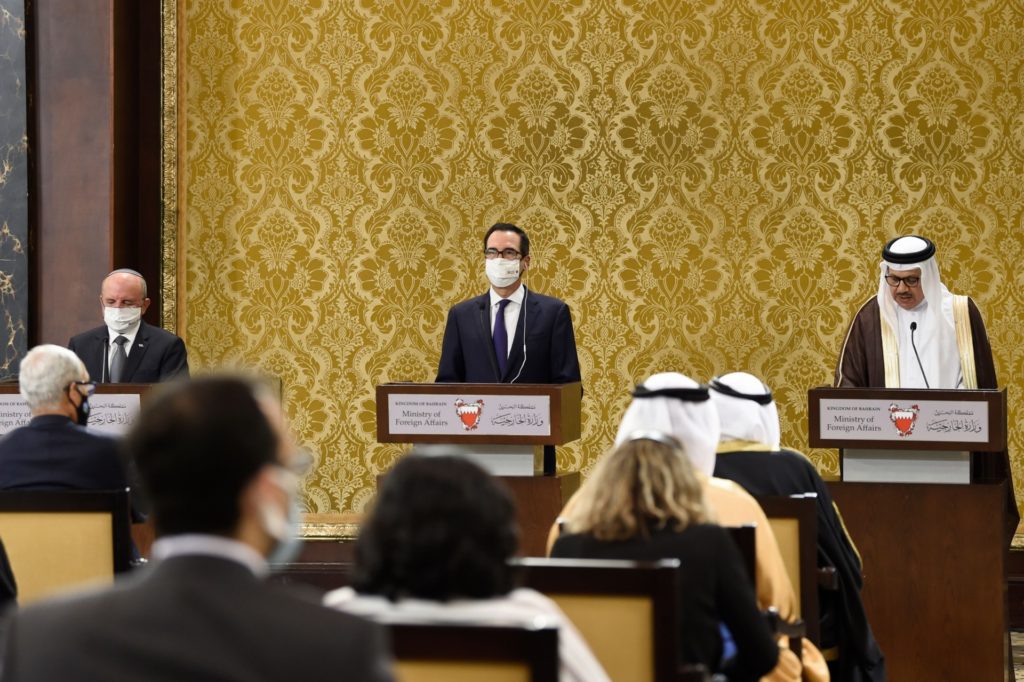 Bahraini Foreign Minister Abdullatif bin Rashid Al-Zayani, who welcomed the delegations on the tarmac, said the occasion “builds on the historic occasion at the White House last month, taking the next steps to implement the declaration in support of peace, and the Abraham Accords.

We do so in conviction that this approach of engagement and cooperation is the most effective, the most sustainable way to bring about genuine and lasting peace, one which safeguards the rights of the Middle East’s peoples.”

I have optimism that such a peace will bring new stability and prosperity to the region, allowing our young people across the Middle East to achieve their potential and aspiration, which they have been denied for too long.

Today, we put in place the foundations through which we can reach this goal, establishing a practical framework to advance both our bilateral cooperation and our ongoing partnership our countries enjoy with the United States of America,” the top Bahraini diplomat said. “My hope is that this visit marks another step forward on the road to a truly peaceful, secure, stable and thriving Middle East, one in which all states, races and faiths resolve differences through dialogue and develop for our children a new reality of coexistence and prosperity.

The two countries are set to sign a “Joint Communiqué” which Israeli media reported will include around eight memoranda of understanding on various topics including justice, communications, visas, science and technology, trade, energy and agriculture.

The Bahrain normalization deal, together with a similar deal with the UAE, comprise the Abraham Accords signed last month at a White House ceremony.

The UAE deal passed overwhelmingly in a Knesset vote on Thursday, except for 13 MKs – all from the Arab Joint List party — which voted against it, on the basis that it undermines the peace process with the Palestinians.

According to strategic advisor to Prime Minister Benjamin Netanyahu, Aaron Klein, the Arab parliamentarians “sided with Iran, Hezbollah, Hamas, Turkey in voting against the deal.”

Klein, who was interviewed on the John Batchelor show, went on to say that more and more Arab and Muslim countries are finally “understanding that it’s time for them to join the circle of peace and to act in their own interests.” 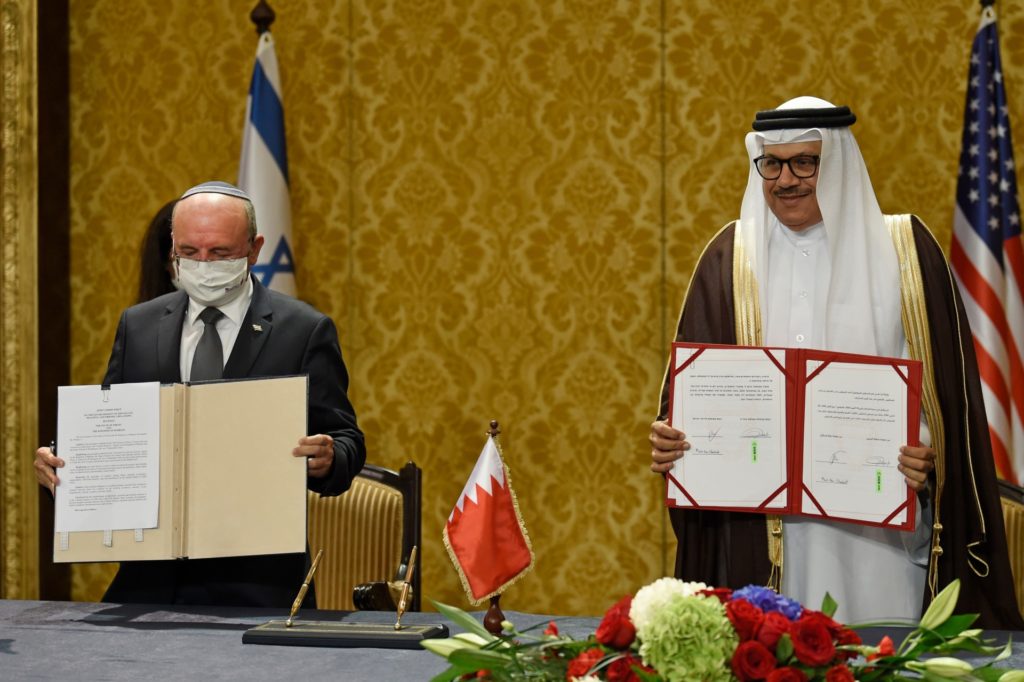 The Palestinian leadership, however, has been mired in rejectionism for decades, Klein observed. The 1993 Oslo Peace Accords saw the Palestinians make extreme demands including calling for Israel to uproot Jewish communities in the West Bank and concede the Temple Mount — Judaism’s holiest site — to Palestinian control.

Klein stressed the leadership, and not Palestinians themselves, was the main problem.

“A lot of the Palestinians would want peace with Israel given where the region is heading and given the enormous economic benefit it would have. It would infuse their economy and bring an untold number of jobs to the Palestinian arena,” he said.

Historically, “the Palestinians were actually rewarded for their intractable positions,” Klein said, and “Israel was pushed into more and more concessions.”