Last Friday’s arson attack on the Basilica of the Agony in Gethsemane was “a crime inspired by an extreme ideology that seeks to drive Christians from the Holy Land,” according to a senior Christian leader in Jerusalem.

The Greek Orthodox Patriarch of Jerusalem, Theophilos III, condemned the attack and called on the international community to “take its role in protecting Christian shrines, and preserving the indigenous Christian presence in the Holy Land.”

As Breitbart News reported, last Friday an arsonist set fire to the Gethsemane church, a holy site where Jesus is believed to have spent the final night with his apostles before being crucified the next day. The original church was built by the Christian community in 379 AD and later rebuilt between 1919 and 1924.

Police have arrested a 49-year-old Israeli man believed to have set the blaze by pouring “flammable liquid inside the church,” damaging wooden pews and a priceless Byzantine floor mosaic.

The Gethsemane Basilica is located on the lower slopes of the Mount of Olives in Jerusalem, where Jesus retired to pray after the Last Supper, asking God that “this chalice might pass me by,” and adding, “but not my will, but your will be done.”

It was in the same Garden of Gethsemane where Jesus was arrested by large detachment of Roman soldiers and temple police and abandoned by his apostles, according to the New Testament account.

Father Ibrahim of the Custody of the Holy Land, responsible for protecting Catholic sites in Jerusalem, said the arson attack was “a crime that shouldn’t happen in a church in the Holy Land.” 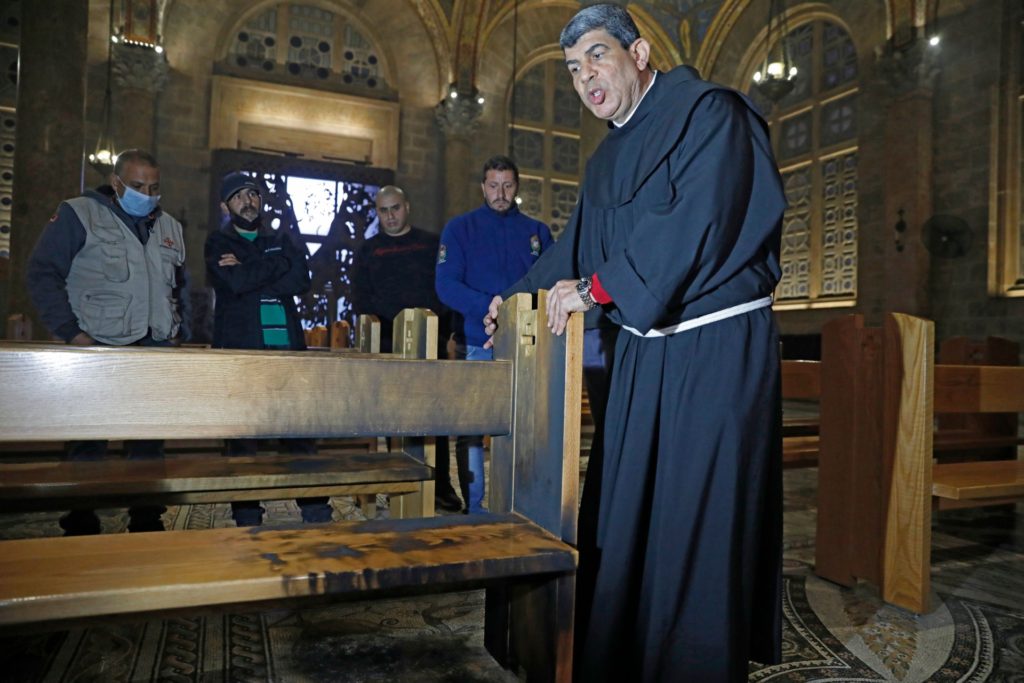 Similarly, the chairman of the new All-Party Parliamentary Group (APPG) on Christianity in the Holy Land in the UK Parliament, Steve Double, said that the attack at a site of great significance to Christians worldwide “reveals the threat that radical groups pose,” Christian Today reported.

“Incidents like this demonstrate why we have established a new APPG on Christianity in the Holy Land to help ensure it remains a place where Christians can continue to live, flourish and thrive,” he said.

Members of the Jewish community have joined Christians in condemning the attack.

“We deplore this attack on a Christian Holy Site in Jerusalem,” said Lord Howard of Lympne, former Conservative Party leader and a trustee of the Council of Christians and Jews.

“Jewish people around the world stand in solidarity with our Christian brothers and sisters wherever they face persecution because of their faith,” Lord Howard said. “Attacks like this redouble our efforts to improve relations between faith communities and build societies based on peaceful coexistence.”

Anita Delhaas, Chief Executive of the International Community of the Holy Sepulchre, said that Christians in the area are facing many challenges to preserve their livelihoods and ancient heritage.

“More than ever, Holy Land Christians need friends, supporters and advocates in Europe and America to speak up and take action to prevent incidents like this from happening in the first place,” Ms. Delhaas said.