“I heard that Biden was very attentive, very, very attentive during the meeting,” Netanyahu quipped during a Facebook live video released Saturday, while proceeding to let his head droop, imitating the U.S. president snoozing.

“He lowered his head in a show of agreement,” Netanyahu went on, smirking.

In latest Facebook Live appearance, Bibi mocks Biden for falling asleep in [doctored videos of] his meeting with Bennett pic.twitter.com/Fk1r2Kb04W

Netanyahu’s swipe came after rumors surfaced that Biden snoozed through part of his meeting with Bennett. Videos of the Biden-Bennett meeting showing the American president apparently asleep even made it to Iran’s state TV.

However, Reuters debunked the claim after it said it fact-checked the incident and the videos released of the meeting were doctored to look like the U.S. president had dropped off.

The clips had been edited to cut out Biden’s remarks and show him lowering his eyes, the news agency said. 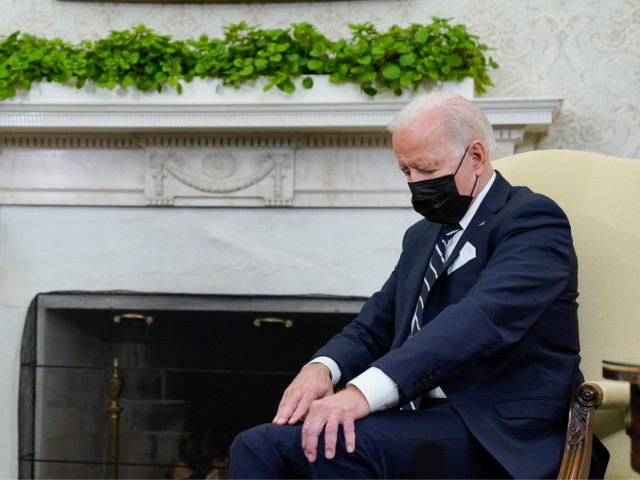 Netanyahu’s video unleashed a wave of backlash in Israel, prompting his Likud party to release a statement saying the former prime minister was making fun of Bennett, and not Biden.

“Contrary to the distorted picture broadcast in the media, former prime minister Netanyahu did not criticize President Biden, whom he has known and cherished as a friend of Israel for 40 years,” a statement from the opposition party read according to a translation by The Times of Israel.

“His criticism was directed exclusively at Naftali Bennett, who during his visit to the White House spoke at length about nothing.”

The "Biden asleep" video is now being reported by #Iran's state broadcaster. The footage they've shared is clearly snipped to show a few seconds where Biden's dropped his head in conversation with Israeli PM Bennett.

The vid below includes a longer version of the snipped scene. pic.twitter.com/2TQN1TFeWQ