SELCUK, Turkey (AP) — Black-eyed Nirvana and Mr. Isa, two male camels from the western Aydin province of Turkey and wearing colorful saddles, circled the grounds with their owners and then wrestled fiercely as thousands cheered.

They were competing as part of 80 pairs or 160 camels in the Efes Selcuk Camel Wrestling Festival, the biggest and most prestigious festival of its kind, which celebrated its 40th run Sunday. The wrestling grounds is a few miles away from Ephesus, the site of ancient Greek ruins. Smaller festivals are held across Turkey’s Aegean and Mediterranean provinces.

The games take place during the camels’ mating season. Because the males are more aggressive during this time, especially when they are withheld from mating, they are primed to fight.

The score system is complicated for outsiders but a camel who gets its opponent to scream, flee, fall or push its embroidered saddle to the ground wins. 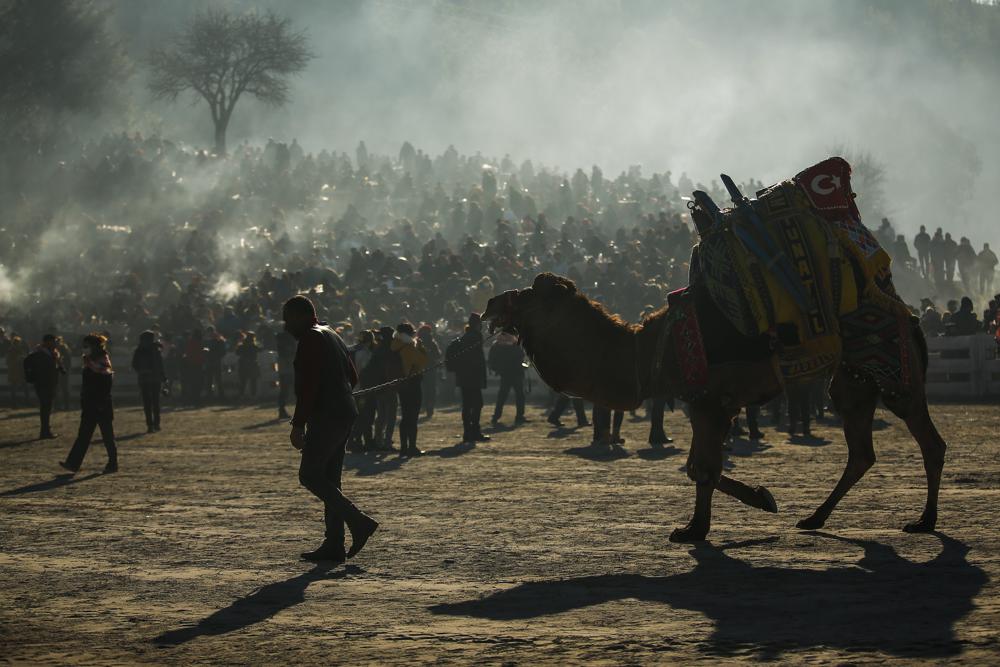 A camel is led into the arena during Turkey’s largest camel wrestling festival in the Aegean town of Selcuk, Turkey, Sunday, Jan. 16, 2022. They were competing as part of 80 pairs or 160 camels in thebiggest and most prestigious festival, which celebrated its 40th run. (AP Photo/Emrah Gurel)

The day before, camels were paraded in a beauty pageant, decked out with colorful beaded muzzles, fabrics, pompoms, bells and Turkish flags. A jury judged them as they strutted through the town.

The Federation for Camel Culture and Camel Wrestling says there is no exact date for when the tradition began in Anatolia but it is thought to date back to the 19th century among competing nomadic groups. 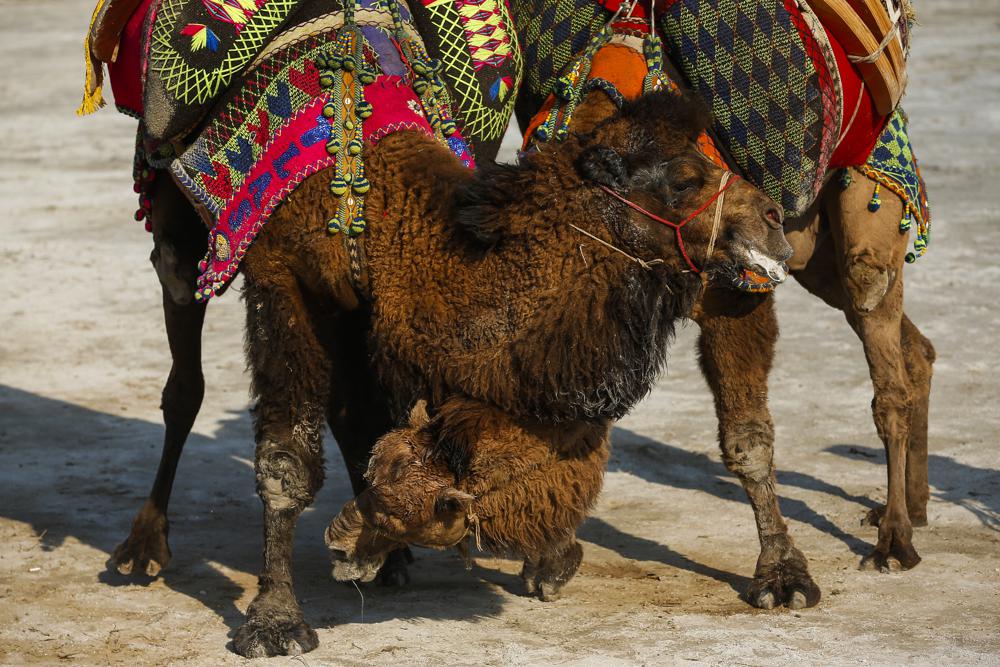 Animals rights groups say camel wrestling should be banned and amounts to abuse. Even though Turkey’s law for the protection of animals bans animal fights and an amendment last summer introduced financial punishments and prison sentences, it allows traditional folkloric shows without violence.

The Istanbul Bar Association criticized the law for not banning camel wrestling, saying they are violent and have no folkloric roots.