Saudi Arabia’s government reopened all of the Kingdom’s elementary schools and kindergartens on Sunday after a nearly two-year-long suspension of in-person learning for children aged 5 to 11 due to the Chinese coronavirus pandemic, the Wall Street Journal (WSJ) reported.

A number of Saudi parents told the newspaper on January 23 they welcomed the Kingdom’s decision to allow their children to return to school where they would be free to engage with teachers and friends in real life. Ms. Afshan, a Saudi stay-at-home mother of five children, told the WSJ she believes her 5-year-old son Hashim’s “language and social development was stunted during the pandemic” due to his inability to interact face-to-face with other people outside of his own family during a crucial stage in his young life.

“Kindergarten is where 5- and 6-year-olds learn the building blocks of how to be students, skills such as taking turns and working together that they will need for the next 12 years of formal schooling,” the WSJ noted in May 2021 when reporting on school closures during the pandemic.

“It [kindergarten] coincides with a critical window for brain development, the time between 5 and 7 years old when neural connections are firing most rapidly for higher-cognitive functions like problem-solving and reasoning,” the newspaper acknowledged. 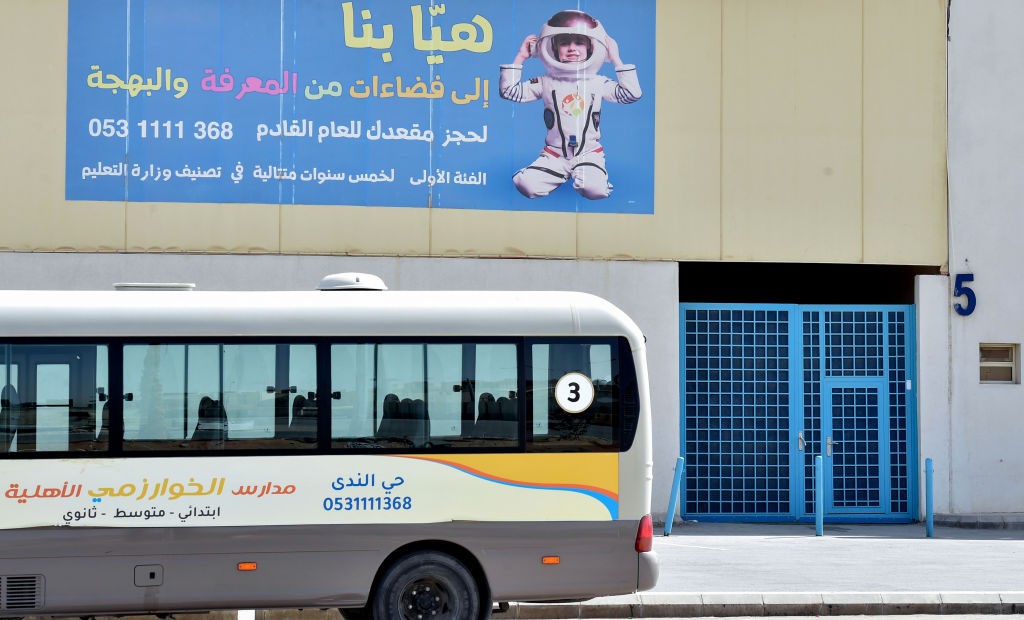 A picture taken on March 9, 2020, shows the empty entrance of a closed private school in the Saudi capital Riyadh. (FAYEZ NURELDINE/AFP via Getty)

“[Kindergarten] can’t be replicated even by the very best teachers in the virtual environment,” Whitney Oakley, chief academic officer for North Carolina’s Guilford County Schools, told the newspaper at the time.

“A missed, delayed or low-quality kindergarten experience could impact this generation of kids for their lifetime,” she warned.

A pediatrician in Jeddah, Saudi Arabia, named Osama Baghdadi told the WSJ on January 23 he had noticed “more cases of young children whose anxiety and depression were causing physical ailments” over the past 22 months, a period coinciding with the Kingdom’s school closures. The pediatrician’s observation aligns with the findings of the United Nations Children’s Fund (UNICEF), which on January 24 reported that “a growing body of evidence shows that COVID-19 [Chinese coronavirus] has caused high rates of anxiety and depression among children and young people.” 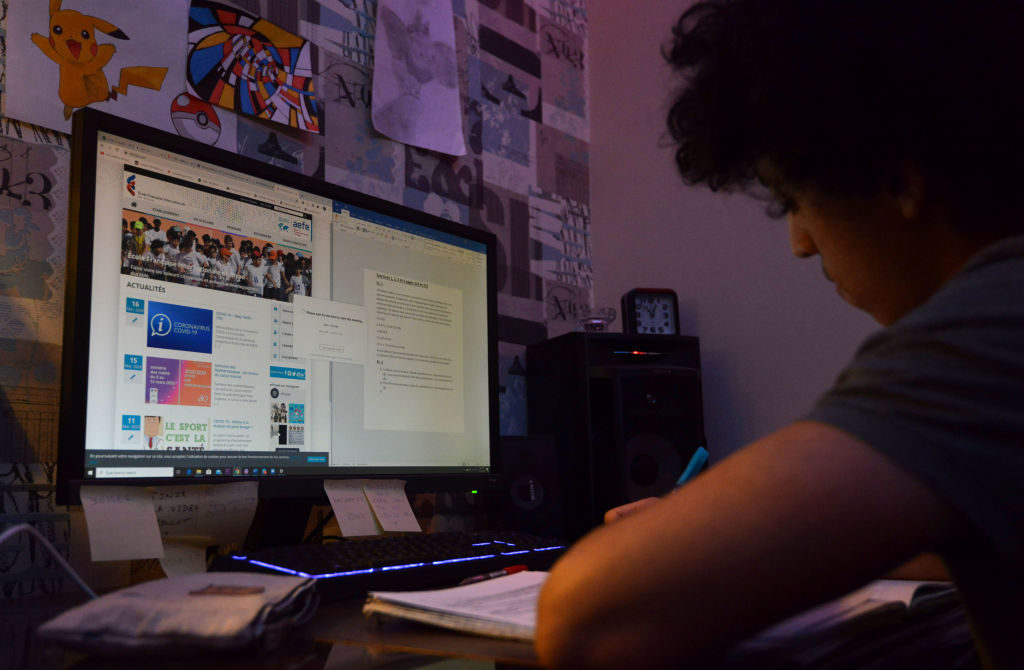 Foreign student Amro, attending the French International Lycée in Riyadh, studies at home on March 23, 2020 as schools in Saudi Arabia are closed amidst the corona virus COVID-19 pandemic. (FAYEZ NURELDINE/AFP via Getty Images)

Saudi Health Minster Tawfig Al Rabiah ordered all schools in Saudi Arabia — both public and private — to close on March 9, 2020, in an effort to contain the Kingdom’s then-emerging Chinese coronavirus outbreak. Al-Rabiah said his ministry collaborated with Saudi’s Education Ministry in making the decision, despite the fact that, at the time, “no [Chinese coronavirus] case [had] appeared in any educational facility.”

The health minister further assured the Saudi public on March 8, 2020, the ban on in-person learning would be “temporary.” Nearly two years later, on January 23, 2022, Saudi Arabia’s Education Ministry finally repealed the ban, reopening schools to in-person learning after a 22-month-long suspension described by WSJ on Sunday as “among the world’s longest.”