President Donald Trump’s new “framework” amnesty plan would provide citizenship to at least 1.8 million illegals — but would not allow any beneficial reduction in cheap-labor immigration until 2027.

The pro-business plan, leaked to Washington insiders this afternoon, asks progressive Democrats and business-first Republicans to accept a trade-off: Amnesty for at least 1.8 million illegals in exchange for a border wall, end chain-migration and ending the visa lottery.

But the loopholes are huge — and those loopholes will flood the labor market for another decade, so helping Wall Street by cooling the current worker shortage which is now raising Americans’ wages.

For example, the lottery program would be ended, but the 50,000 lottery visas per year would be given to other migrants, so doing nothing to reduce the wage-lowering inflow of cheap labor.

More importantly, chain-migration would formally end immediately, but everyone on the huge waiting list would be allowed into the United States. That pipeline of pending chain-migration immigrants includes roughly 4 million people — many of whom will depend on taxpayer funds because they are either unskilled or too old to work. That population is enough to keep the chain-migration pipeline open for another ten years, which means the public only gains a benefit if the alliance of business groups and progressives somehow fails to expand other areas of the immigration system during the next ten years.

“Everybody gets in,” said Mark Krikorian, director of the Center for Immigration Studies. “It will be eight to 10 years before there’s any reduction in immigration numbers.”

A one-year grace period for chain-migration people is understandable, he said. “But for everybody on the waiting list to be able to come? That is absurd.”

The continued inflow means that pro-amnesty forces have a decade to reverse the workplace benefits and taxpayer benefits that Americans could gain from ending chain migration, he said. Krikorian added:

There’s no way to know the future but it is certainly plausible that the promised immigration cuts will never actually happen … if some Democratic Congress and Democratic President take over seven, eight years from now, they can easily change all of that and the result would be no reduction in immigration … Who knows what the heck President Kamala Harris will do at that point?

The plan fails because it front-loads the amnesty, but delays the gains and safeguards, he said. “That is exactly the same thing that the Gang of Eight bill did, and the [2006, 2007] McCain/Kennedy bill did.”

Under the framework plan, the population to be amnestied is set at 1.8 million by expanding the number of people beyond the 700,000 people now enrolled in the DACA program.

That expansion also means the federal government would have to correctly identify each claimant, verify their weak or disputed claims of eligibility — and also successfully defeat a myriad number of lawsuits suits by fraudsters trying to win the huge prize of American citizenship. In the 1980s, a similar plan to provide green cards to an estimated population of 400,000 farmworkers eventually provided green cards to 1 million people who claim to be farm-workers, including an Egyptian cabby in New York who used his green card to train overseas for the first bombing attack against the Twin Towers in 1993.

“If they go beyond the population enrolled in DACA, they’ve got to start from scratch in verifying those people, so it will be a burden on USCIS, and it is going to make it easier for people to defraud the system,” said Krikorian.

If fully completed, the $25 billion border wall might halve legal immigration, so keeping roughly 150,000 foreign workers from sneaking into the labor market. But that inflow is far below the continued legal inflow of 1.1 million legal immigrants, not counting the population of roughly 3 million short-term visa workers. 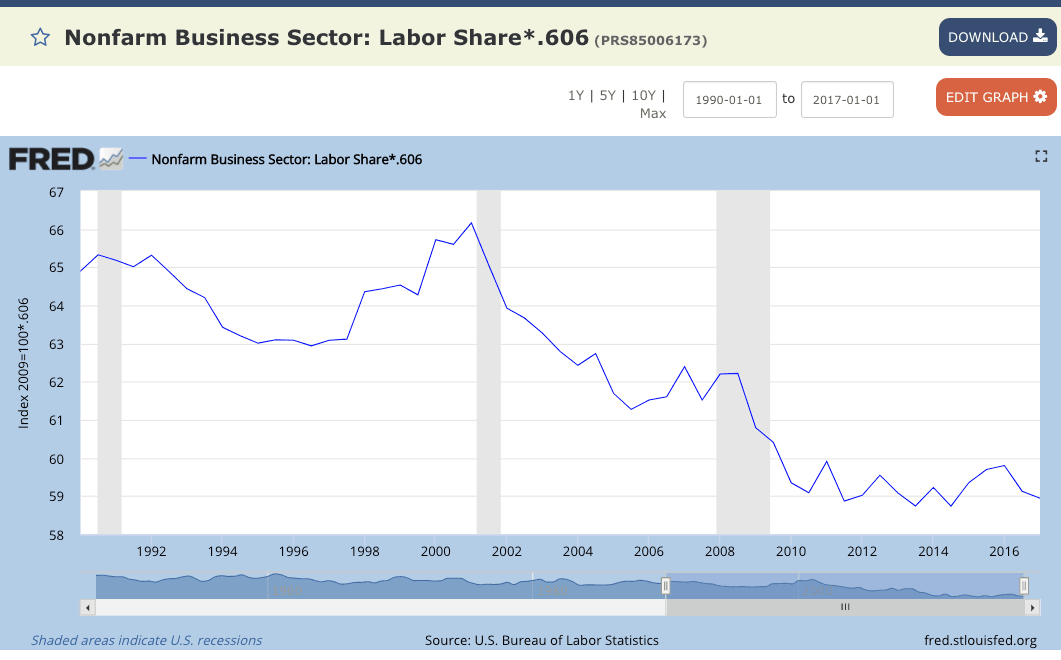