Whatever the purpose, the GOP leadership and President Donald Trump needs to shut down the amnesty before the GOP’s business-first wing can betray the GOP ‘s voters, said Mark Krikorian, director of the Center for Immigration Studies. “It seems to me they should be making clear to these guys that anybody who signs this will be cut off from [party funds] … [and told] ‘You’re dead to us,” he added.

In just one day, 17 GOP members have signed the discharge petition. If the vote count reaches 25 GOP legislators, then Democratic leaders can add all 193 Democrats to the signature list — and use the 218 votes to bypass the House’s GOP leadership to schedule a floor vote and then the passage of a no-strings amnesty.

The amnesty would likely include 3 million younger illegals who claim they were brought to the United States as children. But the amnesty would also allow the illegals to become citizens — and to then bring in their parents and foreign relatives into the country via unreformed chain-migration laws. Over the next 15 years or so, the discharge petition could deliver another 15 million Democratic-aligned voters into the United States, at a multi-trillion dollar cost to taxpayers and businesses.

The Washington Post reported that “several Democrats familiar with the thinking of party leaders said they expect virtually all House Democrats to join the petition once enough Republicans sign on.”

“There is a small group of so-called Republicans in the House who are willing to destroy the Republican Party in a delusional attempt to safeguard their own seats,” said Rosemary Jenks, policy director at NumbersUSA, which advocates for lower immigration. “It is lunacy, absolute lunacy,” she said, adding:

How is assisting a big fat amnesty with zero enforcement — while we are in the middle of a border crisis! — will help them get reelected?  … They are delusional.

It is a slap in the face to [GOP] leadership, assuming that leadership does not want to pass a big fat amnesty and that is not a very safe assumption

The leading advocates of the petition are facing tough elections in districts with many Latinos. They are Florida Rep. Carlos Curbelo, Texas Rep. Will Hurd, and California Rep. Jeff Denham. 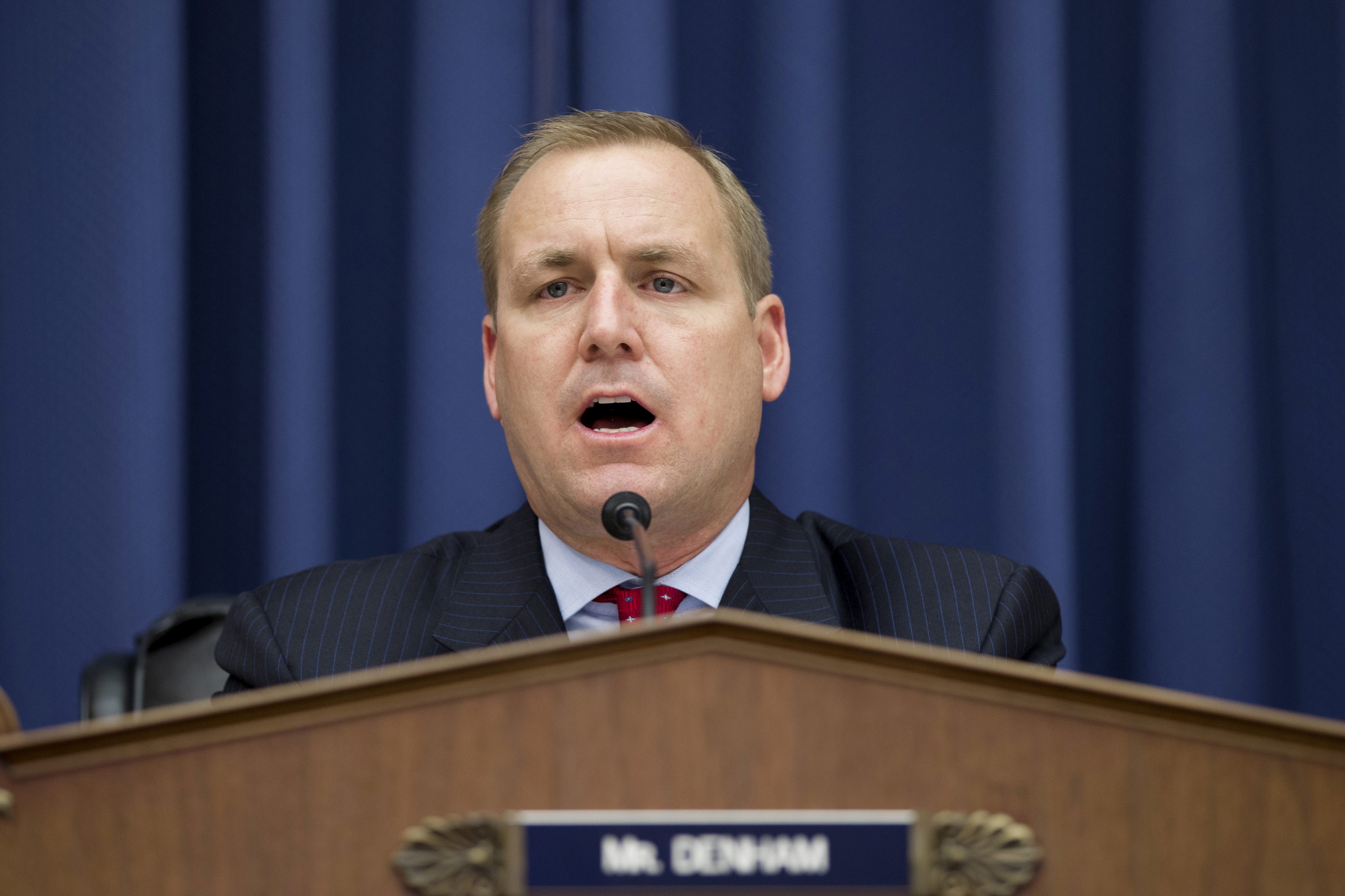 Numerous polls show that GOP 2018 voters are strongly opposed to a no-strings amnesty that would lower wages and raise immigrant inflows. Those polls also show that immigration is a much higher priority for the GOP voters than other issues, such as the preserving the tax cuts.

The discharge petition may be just pre-election fakery, says Krikorian. “It could be the whole thing is fake,“ designed to not reach 25 signatures but just to boost a handful of endangered or retiring GOP legislators, he said. But if it is a fake, the discharge petition is a risky effort by the GOP leaders to help their endangered GOP legislators crawl over the finish line in November, he said, adding:

If they have this in hand, and this is just for show without a prospect of it [getting 25 signatures and then] passing, I could live with that.

But that is kind of risky… [because] maybe people will take the absence of objection from leadership as some kind of approval signal, so I would hope to see some critique of this [House Speaker Paul] Ryan or [Majority Leader Kevin] McCarthy.”

McCarthy is expected to take over the GOP leadership soon from Ryan, who is retiring.

The at-risk GOP candidates “are getting huge money from leadership PACs all kinds of Republican apparatus, and that money could be cut off in a heartbeat” said Jenks. “We are not seeing any kind of leadership [intervention] at all – where is Kevin McCarthy?”

By late Wednesday, the petition has been signed by 17 GOP legislators, well short of the 25 signatures that are needed by the Democratic leadership to force the amnesty vote. 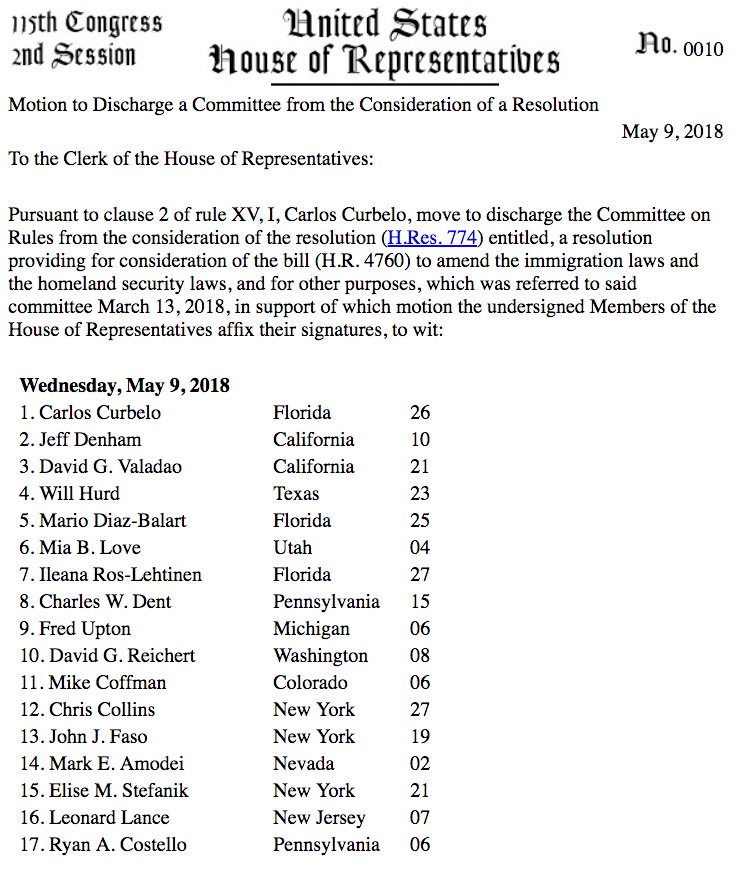 The signatories include Rep. Lance, from N.J., who used his Twitter account to tout his support for the amnesty petition.

NumbersUSA gives Lance a C grade for his immigration votes in this Congress.

The discharge petition is being cheered by U.S. Chamber of Commerce, FWD.us, and various business groups who are growing alarmed as wages for Americans nudge upward in a tight labor market.

My @USChamber statement regarding effort to get action on #DACA and border security: “It is long past time to protect the Dreamers and secure our border…we applaud those members who are adding their names to the ongoing effort to start legislative debate in the U.S. House.” pic.twitter.com/w6gp1gaGw1