In an article published last week, I asserted that the emerging unrest in Egypt and elsewhere in the Middle East has been fomented by an alliance of radical leftists and the Muslim Brotherhood. I also reiterated my longstanding view that radical Islam, while a genuine threat not to be dismissed, has actually been a false flag operation designed to mask Russia and China’s continuing war with their main enemy. 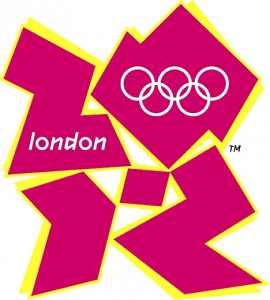 A series of in depth studies by Cliff Kincaid just out at America’s Survival provide detailed backup to these assertions.

Preobrazhensky warned U.S. policy makers that the phenomenon known as “Islamic terrorism” or “radical Islam” cannot be separated from Moscow, even today, after the collapse of Soviet communism. He believes there is substantial evidence of Russian involvement in the Islamic terrorist networks, and that several highly-publicized cases of Islamic terrorism in Russia were in fact carried out by the FSB, the Russian Security Service, and successor to the Soviet intelligence service, the KGB.

“Long before Islamic terrorism became a global threat, the KGB had used terrorism to facilitate the victory of world communism,” he said. He told ASI that Islamic terrorism is a “child” of the old Soviet-sponsored terror networks and that Russian involvement must be addressed by the U.S.

Kincaid also discussed at length the links between American radicals, many of whom are closely associated with the Obama administration, and their open support for the terrorist group, Hamas. This past year they traveled to Egypt in an attempt to open the Egyptian border with Gaza. Mubarak has kept that border sealed, thwarting efforts by Hamas to smuggle weapons into Gaza.

But if one listens to the leftists, there is no difference between themselves and the Muslim terrorists. The Freedom Road Socialist Organization, recently raided by the FBI on suspicion of aiding foreign terrorists, had this to say about growing unrest among our Middle Eastern allies:

The national democratic movement in Tunisia, which ended the rule of the corrupt Ben Ali family, signified the coming of the storm. The powerful protests in Yemen and the real advances by the progressive forces in Lebanon, showed that something larger was at work. Now it’s Egypt’s turn. It can safely be said that in the Middle East, times are changing for the better.

Note that in Lebanon’s case, “progressive” refers to the terrorist group, Hezbollah. Not a group one normally considers “progressive.”

There is so much more in these studies. As usual, Cliff has really done his homework. This series is not to be missed:

Revolutionary Socialists of Egypt Join with Muslim Brotherhood Against the Mubarak Government, the United States and Israel